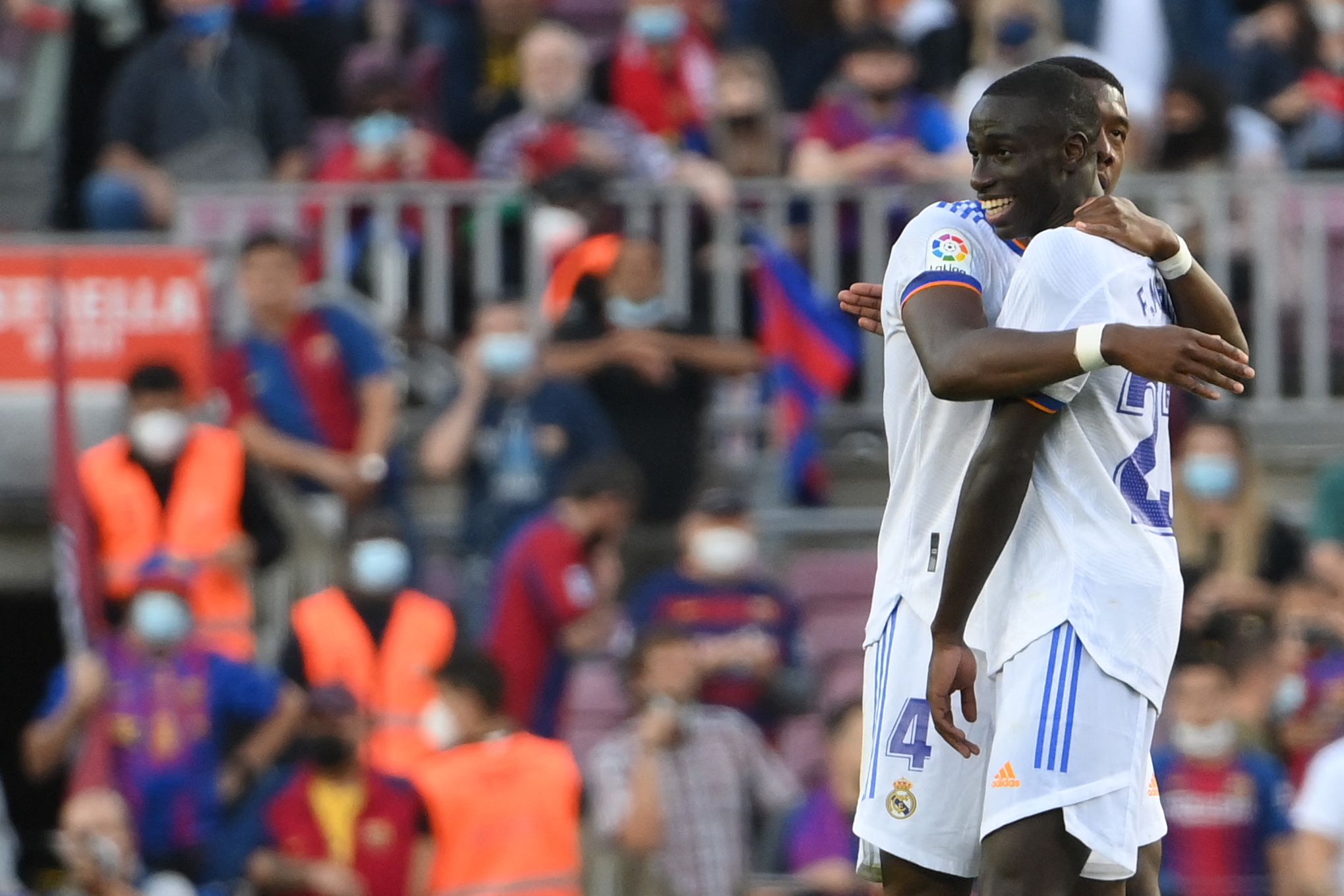 Real Madrid are a hair’s breadth away from sealing the La Liga title. If Barcelona slip up, Los Blancos require only one win to be crowned champions.

With the domestic competition sealed, Real Madrid now turn their attention to the UEFA Champions League, where they lock horns with Pep Guardiola’s Manchester City.

Carlo Ancelotti’s side pulled off sensational comebacks against both PSG and Chelsea to earn a spot in the semifinals of the prestigious competition. However, the road ahead only gets tougher.

Pep Guardiola’s side are the losing finalists of last season and will look to make it all the way this time around. They are touted as the best team in Europe, and will hope to make life hell for the record winners.

All is not well at the Madrid camp with three days to go for the first leg. According to reports from Javier Herraez, David Alaba, Ferland Mendy, and Casemiro are all doubts about the game at the Etihad stadium.

Of the three players, Mendy is said to have the highest chance of playing on the night as he feels comparatively better. Yet, the Frenchman’s presence is no guarantee either.

As for Alaba, the Austrian will have an MRI scan tomorrow to decide his availability.

If the three players are deemed unavailable for the clash in England, Carlo Ancelotti will have some big decisions to make.

Alaba has been one of the most vital players for Real Madrid this season and has often single-handedly held the back-line together. Given City’s high and ruthless pressure, he will be sorely missed if not given the green light.

He is likely to be replaced by Nacho Fernandez, while Mendy’s absence would force one of Dani Carvajal or Marcelo to start at left-back. Yet, that is not as worrying as the Spaniard has covered well in his new position in recent games.

Meanwhile, Casemiro is expected to be replaced by one of Eduardo Camavinga or Federico Valverde on the night.