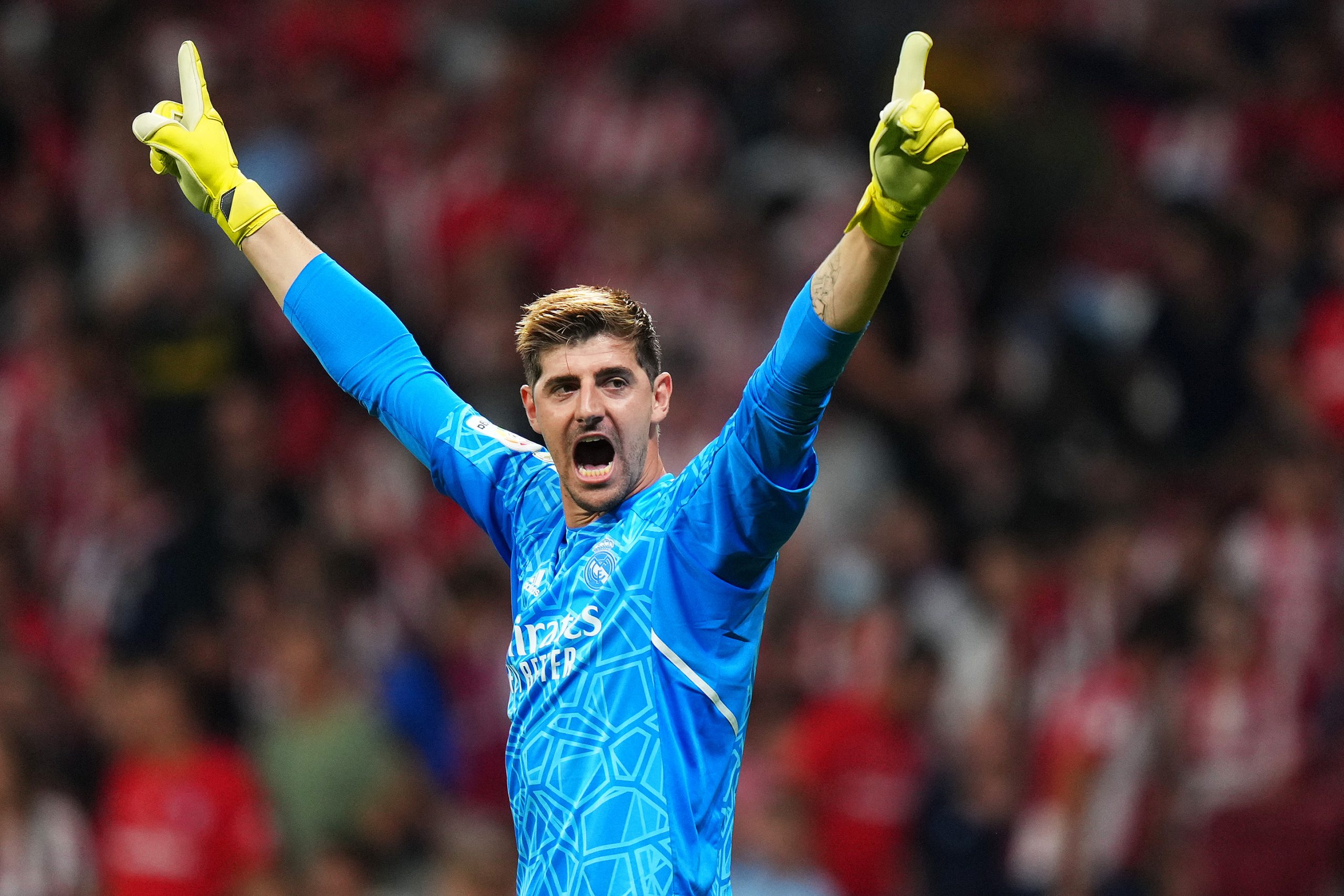 Upon returning from the international break, Thibaut Courtois suffered a back injury, which is undoubtedly a major loss for Real Madrid as they aim to retain their La Liga crown this season.

As the Belgian No.1’s instant classic of a display in Los Blancos’ 1-0 win in last term’s Champions League showcased, he has a case for arguably being the best goalkeeper in the world.

However, in the former Chelsea man’s absence, Andriy Lunin has proven to be an able deputy.

Carlo Ancelotti’s men have won two and drawn one match since the 30-year-old was deemed injured, with a 1-1 draw against CA Osasuna followed by successive victories against Shakhtar Donestk and Getafe.

With Real Madrid hoping to beat Barcelona in the top-of-the-table clash against Barcelona on Sunday, Miguel Angel Diaz has revealed that there are doubts that Thibaut Courtois will be fit in time for the contest.

If Xavi’s side defeat Celta Vigo on Sunday night, they will maintain their lead at the summit of the table via a superior goal difference.

While Los Merengues certainly have the minerals to beat the Blaugrana, the potential absence of a gamechanger such as Courtois could prove to be the difference maker between both sides.

With Barça having one of the best forward lines within their ranks, they are bound to cause Real Madrid problems at the back, despite their solid record at the back.

As a result, the absence of one of the best shot-stoppers on the planet could prove to be a huge blow to the side from the Spanish capital.

From the club’s perspective, the hope remains that Courtois returns to full fitness imminently, especially during such a busy October period before the 2022 World Cup commences.