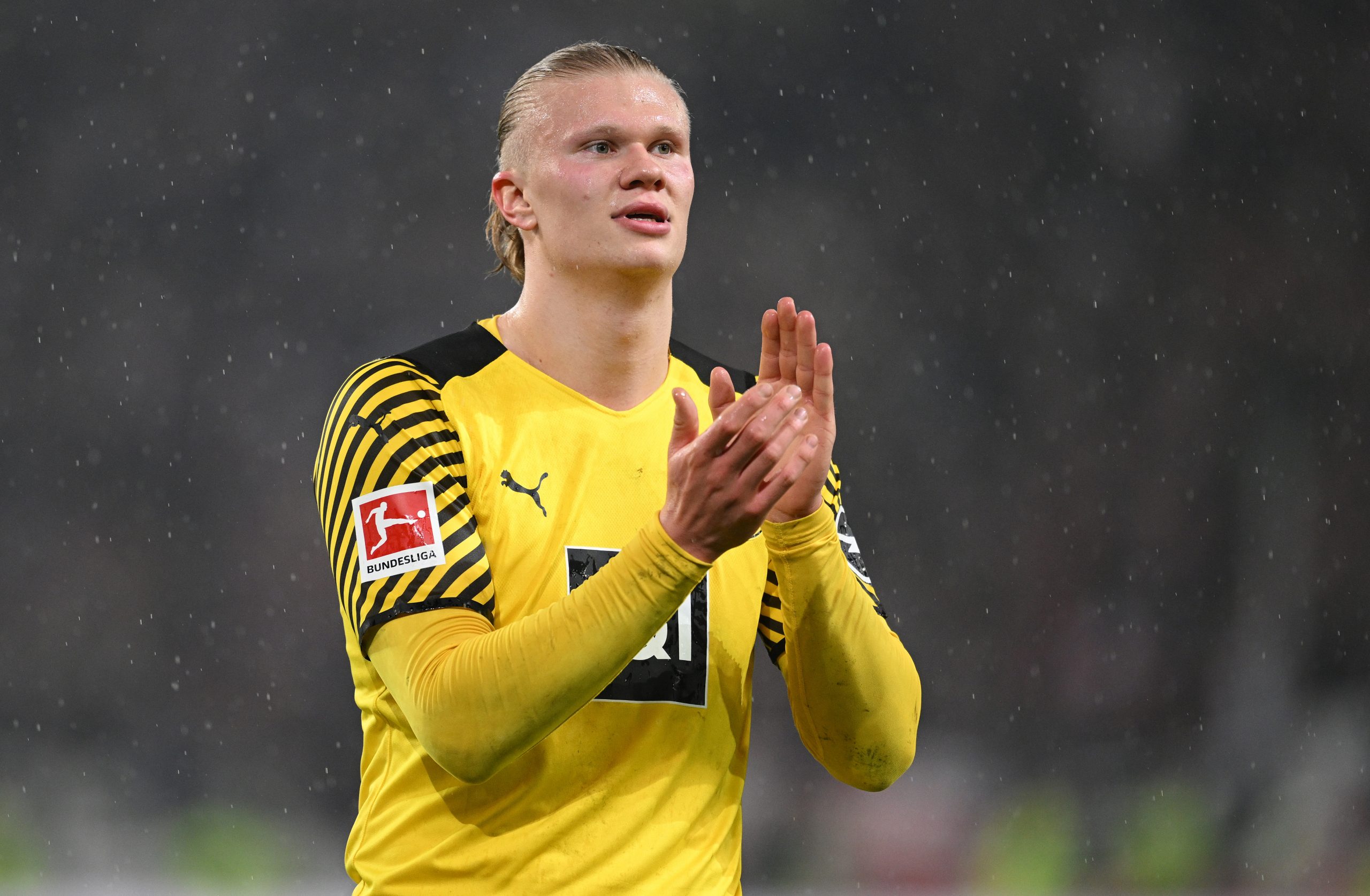 According to fresh reports from the reliable Mike Keegan, Manchester City have agreed to terms with Erling Haaland’s representatives for a deal that would see the highly sought-after striker move to the Premier League.

A long-time target for many giants of the game, including Barcelona and Real Madrid, the Norwegian is set to join the Premier League giants after they trigger his release clause of around 76 million euros ahead of this summer.

The Borussia Dortmund man was a tricky target, however, as his agent Mino Raiola and father Alfie Haaland were demanding hefty fees in commissions.

If the deal does materialise, it would stand to be the signing of the year so far, and more major developments are set to follow next week.

Manchester City will reportedly offer Haaland a very lucrative contract with a bumper wage of over 600,000 euros. He would subsequently become the highest-paid player in England by far.

The only concern with regards to the 21-year-old’s potential transfer from Borussia Dortmund was his fitness level and injury status, which looks to be either resolved or is considered no issue for the Premier League giants.

Pep Guardiola has been pushing for the signing of a top-class striker for a while now, and after narrowly missing out on Harry Kane last summer, City are set to make one of the biggest moves of the year to show they mean business.

It is a bummer for Real Madrid, who were considered to be in a great position to sign him as well, and even Barcelona. But it was always going to be difficult to match Manchester City’s financial offers.

However, one positive takeaway for Real Madrid and Barcelona is that the earlier the Norweigian’s feature is sealed, the earlier the La Liga giants can focus on their remaining transfer plans. The two clubs are looking to make strong reinforcements in the summer.