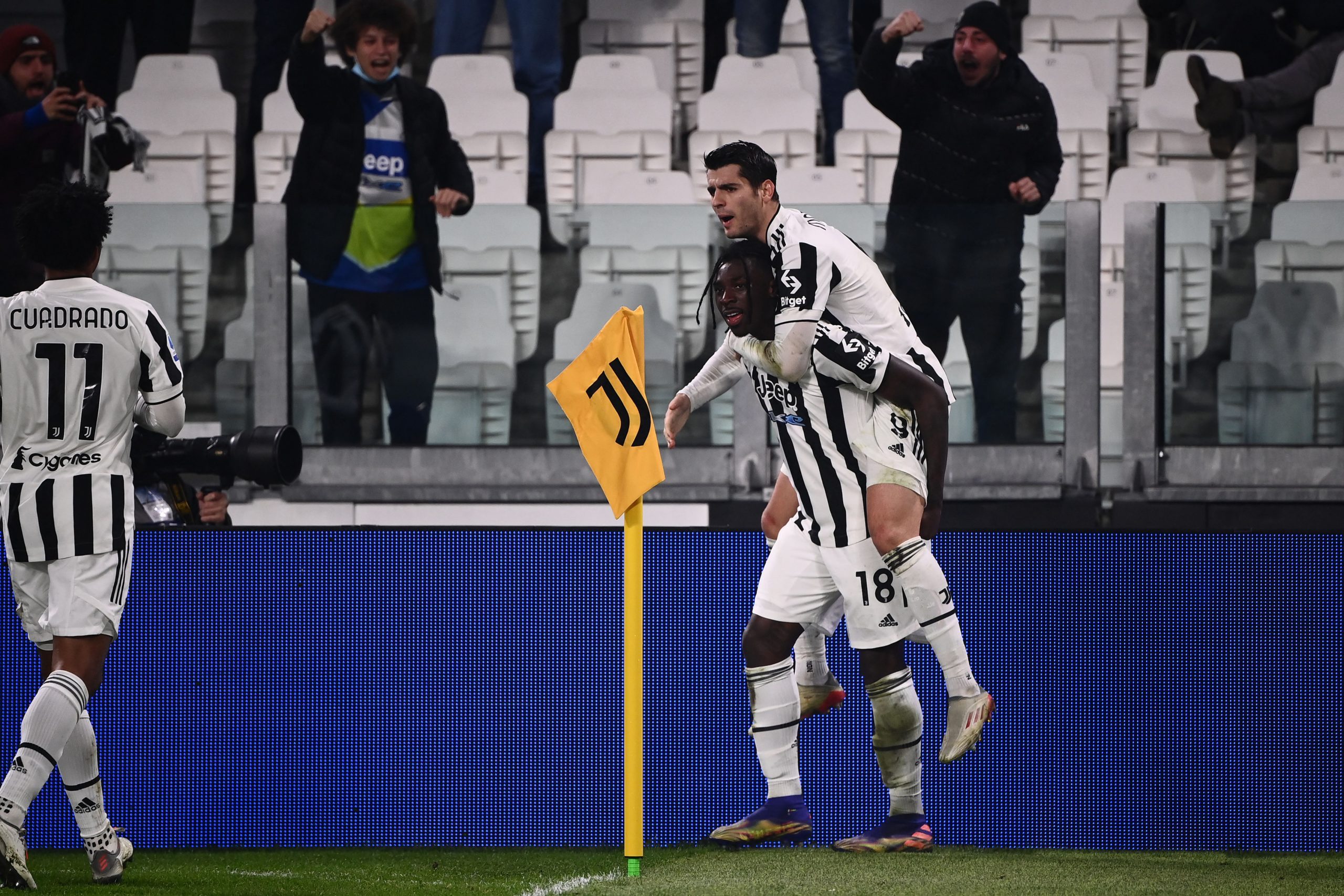 In just over 20 days’ time, Alvaro Morata will return as a Rojiblanco to the Wanda Metropolitano. The Spanish striker is at the tail end of his two-year loan spell in Italy and his future is still uncertain.

Atletico Madrid require reinforcements in the final third heading into next season and are trying to work out formulae to use Morata as a bargaining chip.

According to reports from Gianluca Di Marzio, Real Madrid and Juventus are holding talks over a possible Alvaro Morata-Moise Kean exchange deal in the summer.

The negotiations seem to be progressing in the right direction so far. However, Simeone’s approval is still missing.

Since his move to Juventus in 2020, the forward has scored 20 goals and provided 16 assists in Serie A. Of this, nine goals and seven assists came in the recent 2021-22 season.

The one factor that could work against the deal is Juventus’ recent incorporation of Dusan Vlahovic. Since his signing for the Bianconeri, the Serbian has scored eight goals and has drastically cut Morata’s minutes on the field.

If the deal goes through, Moise Kean would don the red-and-white colours next season. The 22-year-old started 12 games for Juventus this season, scoring five goals and providing one assist.

While Kean is still an Everton player and on loan at Juventus, the Italians have an obligation to buy him in the summer. That said, they could look to incorporate him in the said swap deal.

A lot will depend on Diego Simeone’s stance on the operation. However, since the manager does not count on Morata in his plans, bringing in the Italian as a replacement could be good insurance for their striker spot.

Allegri seems to want Morata’s services for a bit longer as well, which could facilitate the deal.