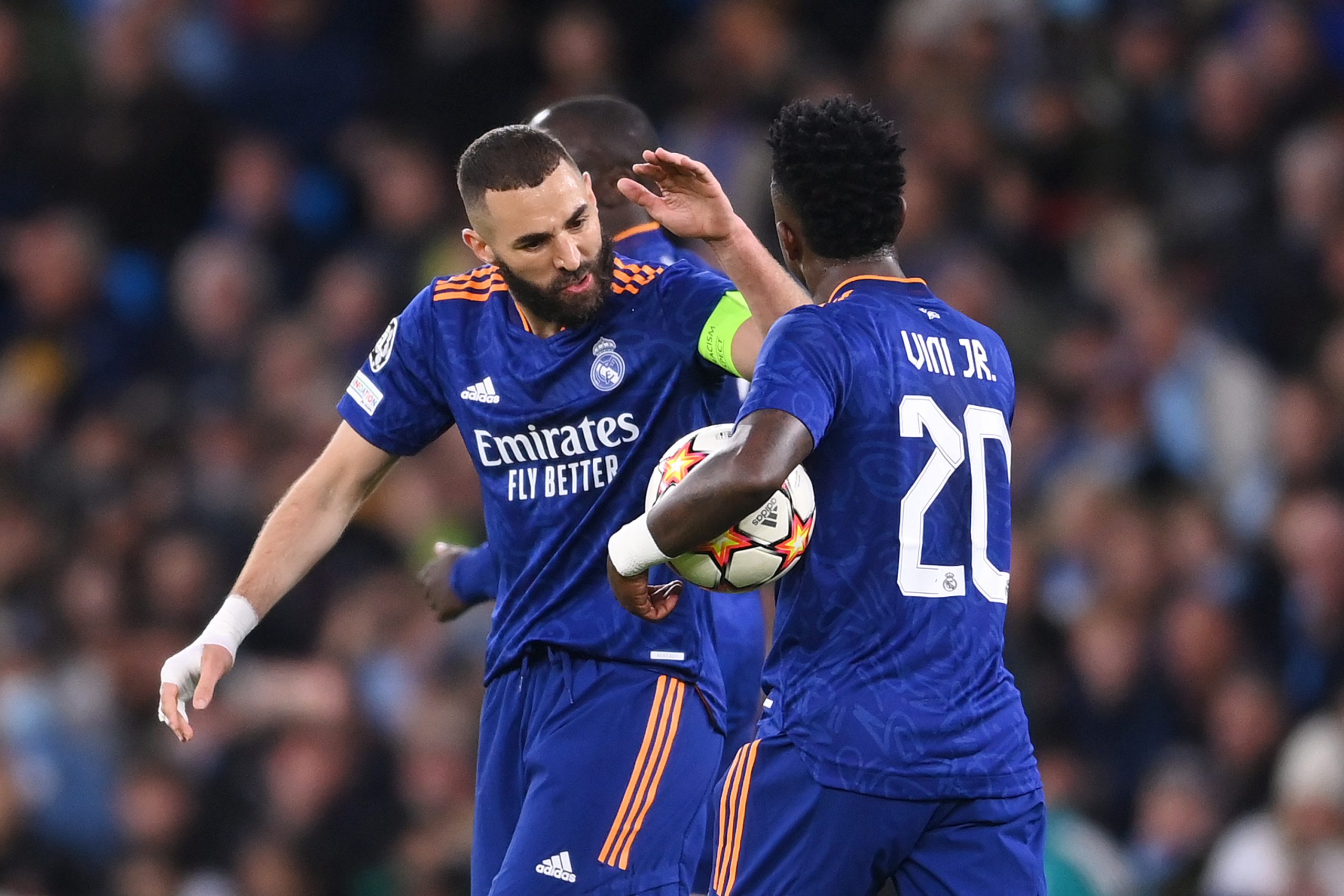 The first leg of the semifinals of the UEFA Champions League at Etihad was a game to remember. Seven goals headlined the clash between Real Madrid and Manchester City, but it was finally the latter who emerged victorious.

Despite being in shambles defensively, the visitors showed a lot of character to pull back three goals on the night. They now face the daunting challenge of having to defeat Pep Guardiola’s side by at least a two-goal margin at the Bernabeu.

Karim Benzema scored the opening goal for Real Madrid before converting from the spot for his team’s third goal. Speaking to the media after the game, he highlighted the importance of the fans for next week’s must-win game.

“We will need our fans at the Bernabeu more than ever before.”

The 34-year-old missed two penalties in Real Madrid’s last game against Osasuna. However, he managed to convert from the spot last night at Etihad and said he retained confidence in his abilities.

“If you don’t take a penalty you will never miss it. I have a lot of confidence in myself.”

Speaking about his ambitions for the current season, he maintained that he placed the team over individual awards.

Madrid have pulled off two unbelievable comebacks in the competition this season, and Benzema said that the team would never give up.

“We are very excited about this UCL and the important thing is that we never give up.”

Vinicus Jr scored the team’s second goal on the night, but expressed his disappointment at the result after the game.

“I can never be happy with a loss.”

Talking about his teammate Benzema and his imperious form, the Brazilian said,

“There are no words to describe how my brother Benzema plays. I hope he ends up winning La Liga, the Champions League and the Ballon d’Or.”