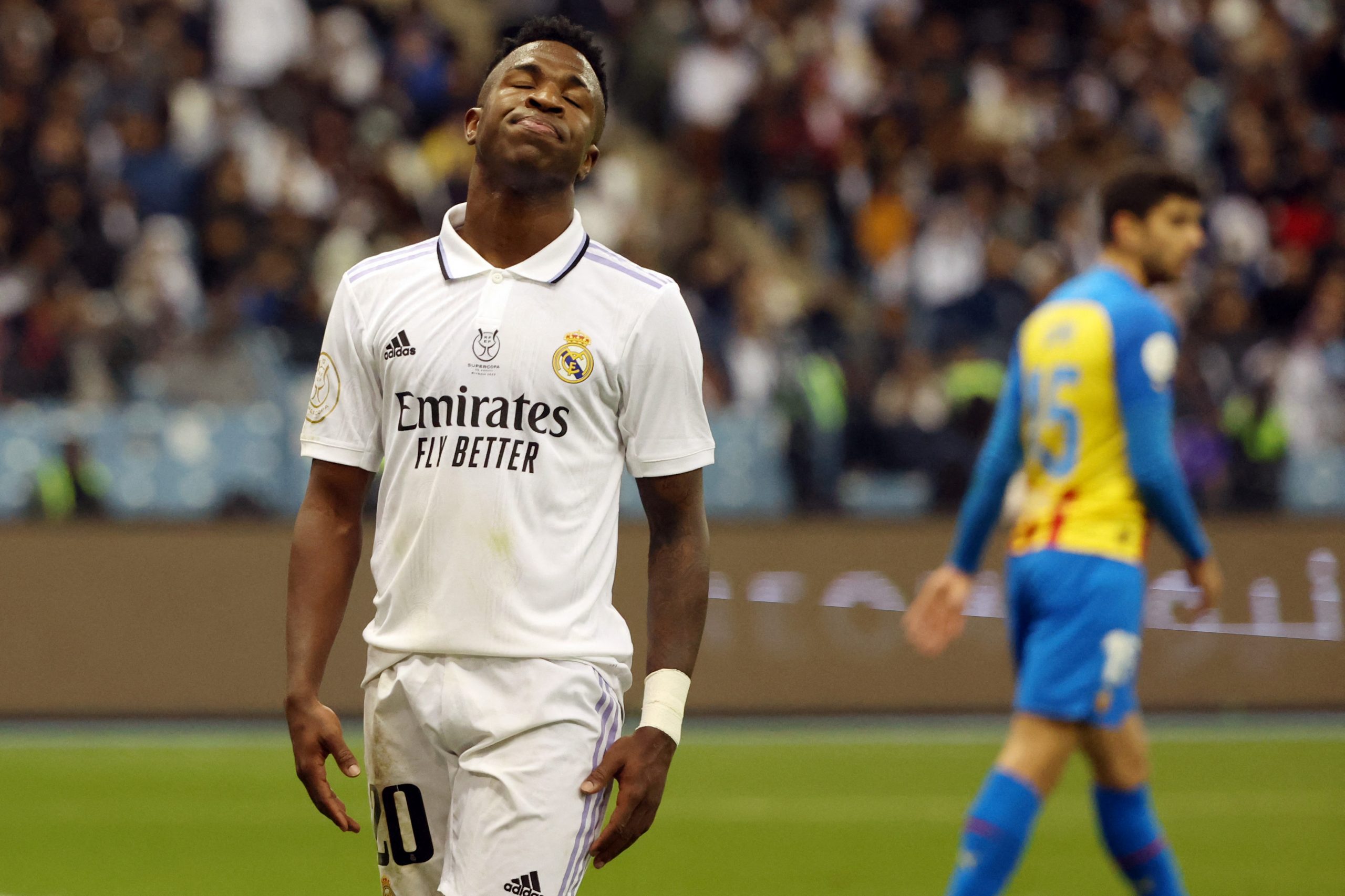 Real Madrid winger Vinicius Jr is the most fouled player in La Liga this season and has been the subject of harsh treatment in multiple games.

The forward himself has complained about his treatment by La Liga defenders multiple times in the past while Real Madrid, too, have issued concern about the same.

In a recent interview, RCD Mallorca defender Pablo Maffeo, who has had a few altercations with Vinicius in the past, was asked about the Brazilian. The former Stuttgart starlet offered an interesting response, accusing the player of a poor attitude toward opposition players.

“Maybe it’s not that we all hate Vinicius, it’s that there’s a reason why. When you’re hot and he tells you you’re going down to the 2nd division, it stings, it stings inside,” he said (h/t MARCA).

Maffeo explained the situation around Vinicius, suggesting that the Brazilian, too, might be to blame for the way defenders treat him.

“At school, they told me that I was behaving badly, and my mother told me that it couldn’t be that all the teachers had a bad thing for me. ‘You may have also done bad things,’ she told me, and I think the same thing happens with Vinicius,” he added.

Pablo Maffeo’s comments on Vinicius come just weeks before Real Madrid lock horns with Mallorca in La Liga, at the start of February. The two players are likely to be pitted against each other once again.

Vinicius will be certainly hoping to prove a point, but the Brazilian may once again receive another harsh treatment from the Mallorca defensive line that involves Maffeo.