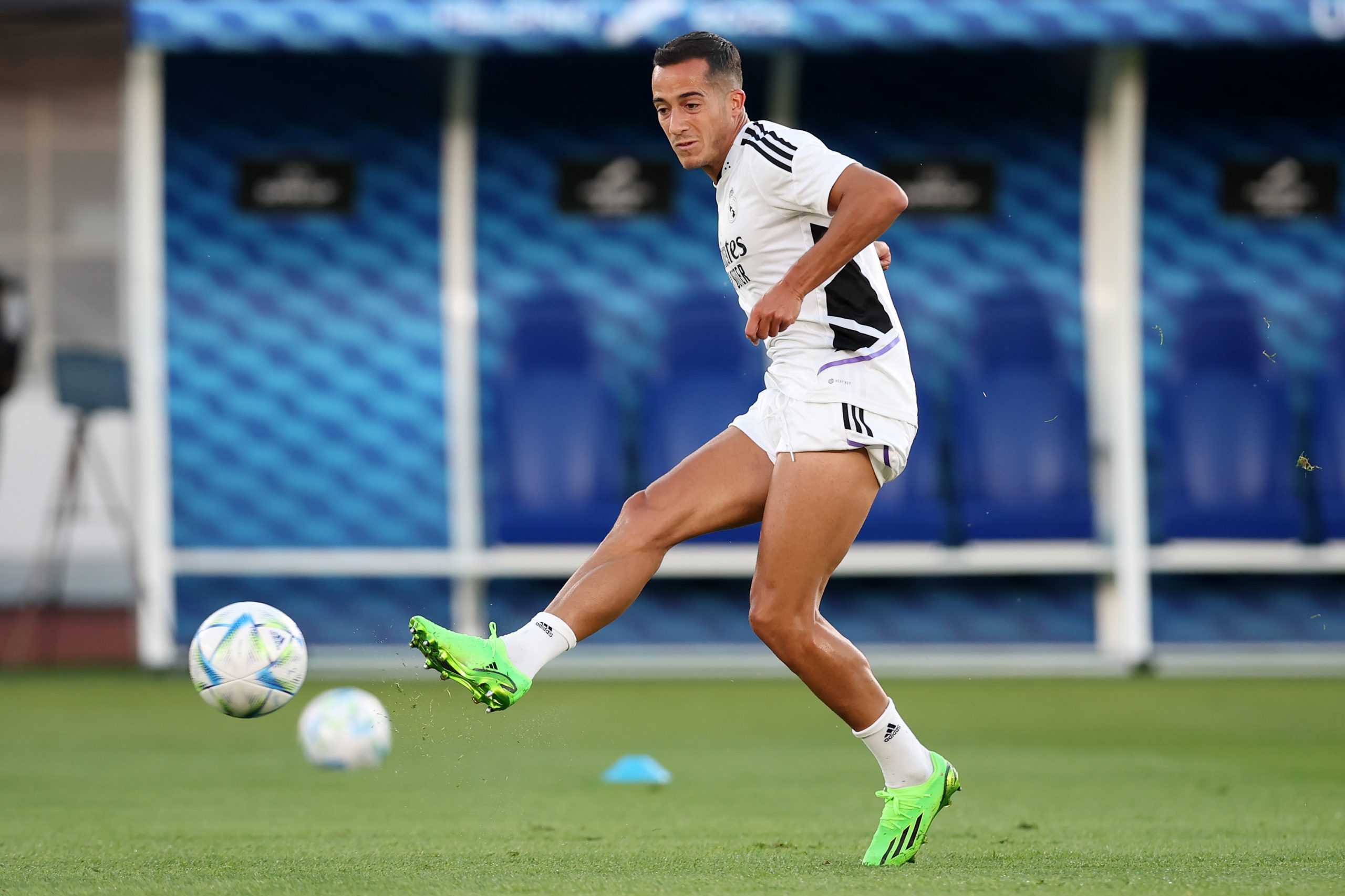 Lucas Vazquez claims that he has made peace with the fact that he is now a full-time right-back, adding that he has adapted well after spending a significant amount of time playing at the position.

Vazquez, 31, attended the pre-match press conference as Real Madrid prepare to take on Shakhtar Donetsk at Polish Army Stadium, which is the home ground of Legia Warsaw.

When asked about his preferred position, the 31-year-old simply said that he is feeling better at the right-back spot after every game.

“Yes, I consider myself a right back today, it’s a position I’ve adapted well to after a period. I feel better in every game and every training session and I’m enjoying football in this position,” said Vazquez (h/t MARCA).

Vazquez’s last appearance for Real Madrid came during a 4-1 home win against Mallorca in the league where he got to play 71 minutes of action before coming off injured. The 31-year-old continued his rehabilitation before making it to the matchday squad against Getafe.

But while he failed to get even a solitary minute in the fixture, he will be hoping to displace Dani Carvajal against Shakhtar. Speaking about his return, he added,

“I’m fine with the injury and I feel good. It’s inevitable that there will be talk of the Clasico, but we’re only thinking about tomorrow because it’s very important for the Champions League.”

Over the years, many have branded Real Madrid as the unworthy winner of the UEFA Champions League. Despite winning the competition a record 14 times, many believe their recent triumphs have been won just because of luck.

Vazquez, on the other hand, thinks otherwise. “These are things that we are hearing very often now. It is complicated because for our part we believe that a Champions League is not won by luck or chance.

“Each one is more difficult than the previous one and having achieved so many is a source of pride. The truth is that. What they think outside doesn’t matter much to us.

“What they say doesn’t bother us, it’s one more motivation. Last year we weren’t favourites and we won it. It doesn’t depend on us, we have to try to win it and that’s what we do every year,” he added.

Speaking about the upcoming away fixture, the 31-yeard-old said the team is going to approach it as a final. “It is approached as a final. It is important that if we win we put the classification on track. It is difficult to achieve, but we are doing well and happy with how the season is going.”

With the war still raging in Ukraine, the game will be played at a neutral venue, at Polish Army Stadium in Warsaw, and Vazquez says the situation will be more difficult for his opponents than Real Madrid.

“I think it would be very difficult to experience a situation like theirs. We want everything to end as soon as possible and in the best way. I remember that we played Legia behind closed doors and tied at three. Gareth scored a great volley,” he concluded.