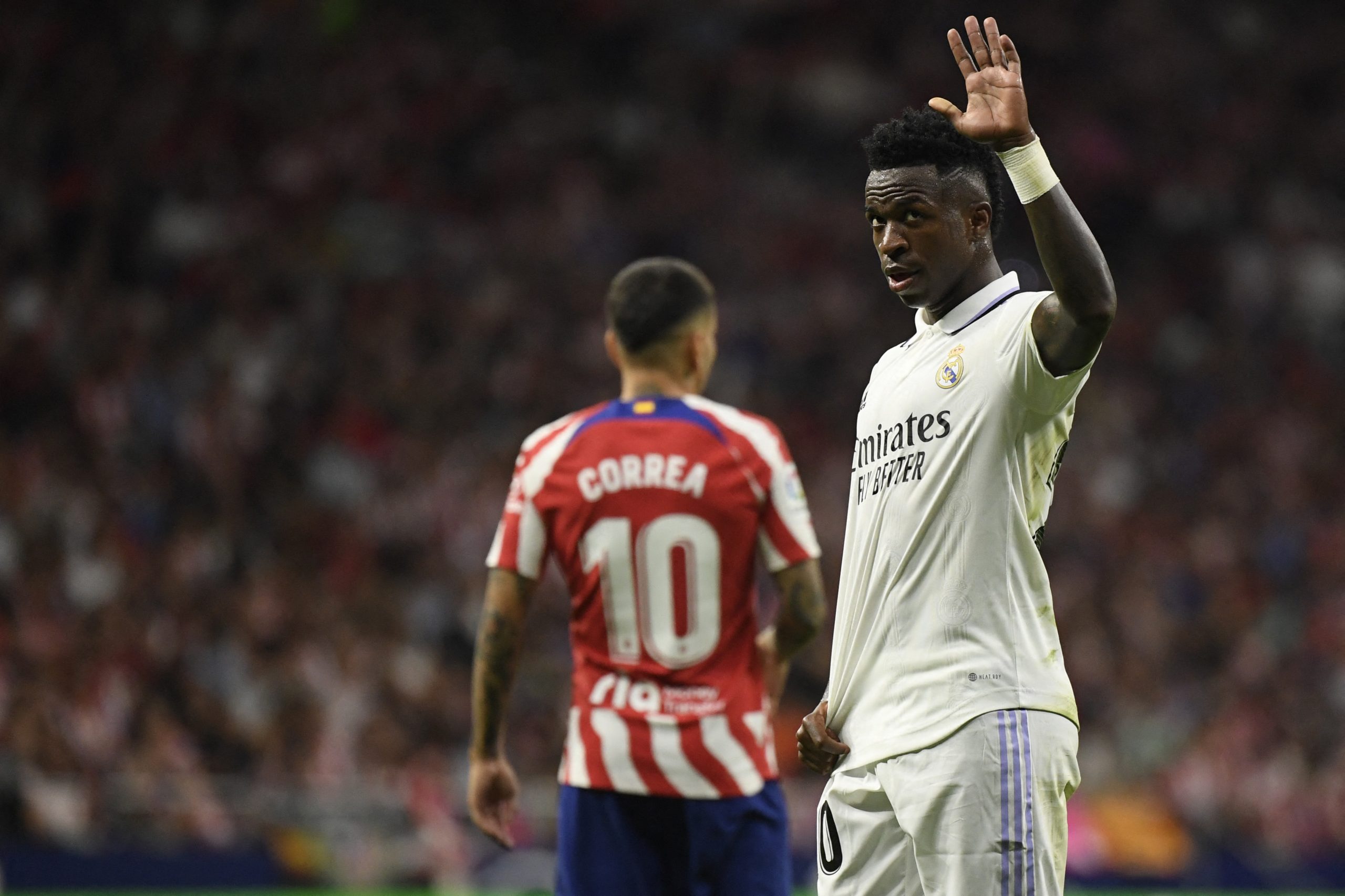 It was recently revealed that La Liga filed a written complaint to the Anti-Violence Commission against the discriminatory chants aimed towards Vinicius Jr. during Real Madrid’s 2-1 win against Atletico Madrid.

Further details had suggested that the complaint was set to be accepted, with Atleti likely to be hit with a financial penalty. Now, a new revelation has been disclosed about another set of authorities planning on taking the matter in their own hands.

According to a report by MARCA, the Madrid Public Prosecutor’s Office is launching its investigation into the racist chants that were focused on Vinicius Jr.

It has also been mentioned that they are trying to assess whether a crime that violates fundamental rights and public freedom has been violated by the supporters that were being racially insensitive, both outside and inside the Civitas Metropolitano Stadium.

Another crucial piece of information that the prosecutor’s office is attempting to discover is whether said individuals are affiliated with any violent groups or extremist ideologic movements.

In addition, it is also being looked into whether such people have been involved in such incidents in the past.

The security services at Atletico Madrid will also be contacted to uncover all the facts, while more messages with racial undertones are trying to be found out apart from the ones known to the public.

The investigation begins as a result of the Movement Against Intolerance filing a complaint to look into the horrific incidents from last Sunday.

Ultimately, one hopes that appropriate action is taken against those that were discriminatory towards Vinicius Jr during the Madrid Derby.

The hope remains that a precedent is set after dishing out the correct punishment that racism, xenophobia and violence do not belong in football.