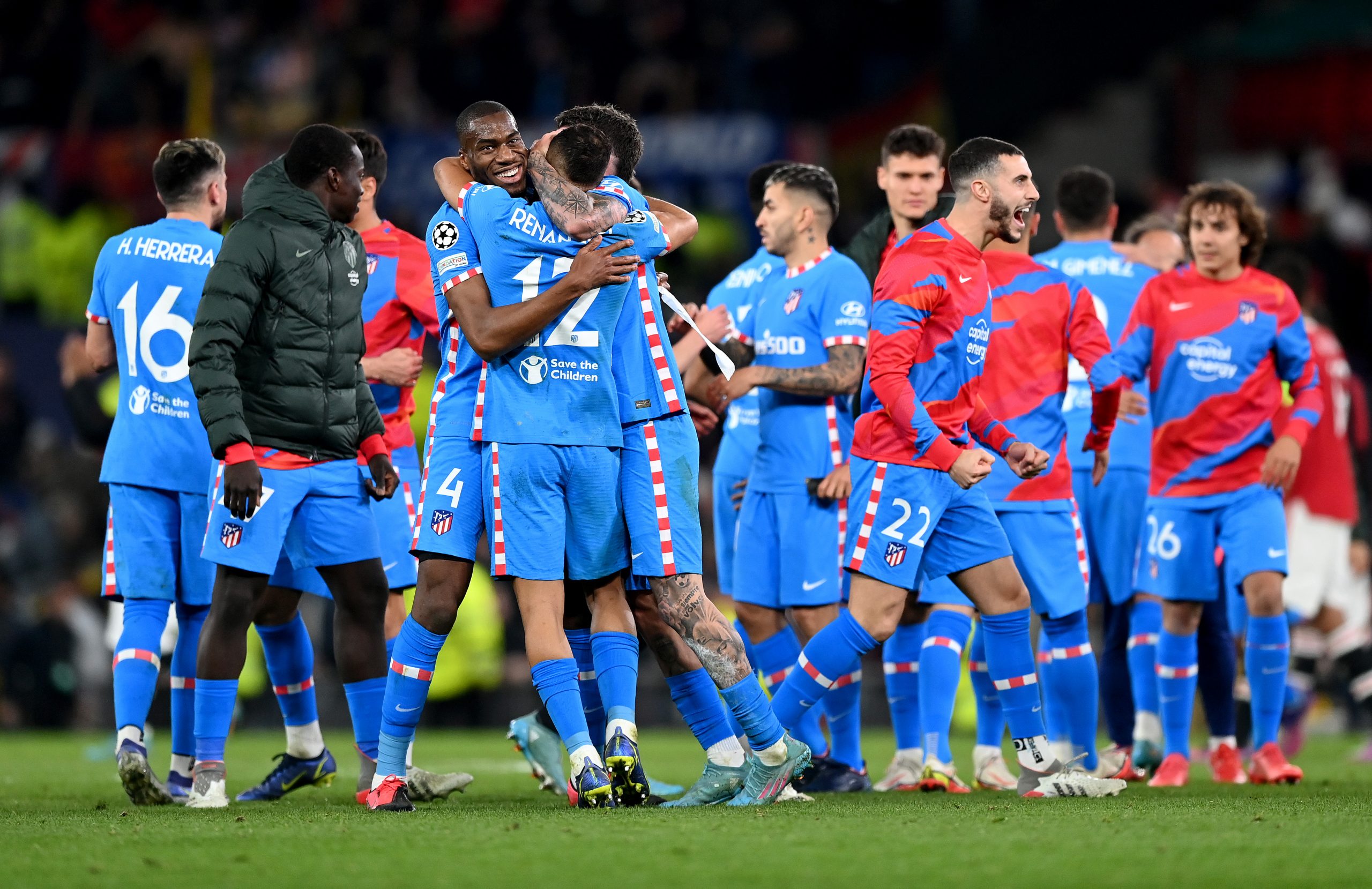 As a collective, it seems impossible to fault Atleti despite a game filled with refereeing controversy. But how did they fare individually? Join Madrid Universal as we run the rule over the visitors.

Oblak looked back to his best as he made a couple of sensational saves. His positioning was top-notch as he denied Anthony Elanga from close range in the first half, and then made a Spiderman-esque leap to stop Raphael Varane’s header in the second half.

Savic had problems dealing with an in-form Jadon Sancho, who was constantly making dribbling around him. His poor marking nearly created a moment of magic for the former Borussia Dortmund winger in the first half.

Gimenez knew what he had to do spearheading the defence, and helped close the game to perfection. Did not put a foot wrong the entire night, and comfortably dealt with Cristiano Ronaldo and Edinson Cavani.

Mandava, not a centre-back by trait, was beaten by Anthony Elanga and Bruno Fernandes a couple of times on the night, but did well to keep his composure in the dying minutes of the game.

Sensational game from Llorente yesterday who not only helped circulate the ball with each touch, but also riled up players by continuous fouls time-wasting.

De Paul came incredibly close to scoring the opening goal on the night, only to be denied by David de Gea. After that, though, it was an all-round midfield masterclass from him as he was faultless in possession and gritty off it.

It would be nearly impossible to pick out any flaws from Koke’s performance yesterday. Through the game, his positioning and presence of mind helped Atleti keep the ball. There was no beating Atleti’s captain yesterday as he lost the ball only seven times and won two fouls.

Renan Lodi stole the headlines during the first leg with his sensational cross to Joao Felix that helped Atleti open the scoring. Yesternight, he was one of the protagonists again as he got on the end of a cross himself and eventually came home as the winner.

It was the Antoine Griezmann show yesterday, who seemed back to his best vs United. The Frenchman assisted the only goal of the game, but, more importantly, put in a mammoth defensive shift.

He put in several brilliant tackles and won the ball during moments United were attacking. He dropped as deep as the right-back to defend at times, but was still available to start every single counterattack by Atleti. Man of the match.

Felix was not nearly as prominent yesterday as the first leg, but his genius thinking set up Griezmann’s assist. He also created one chance and was fouled three times.

Came on too late to make a proper difference.

Came on at the 90th minute and lost the ball with his only touch of the game.

Came on at the 93rd minute, and his only contribution was a clearance.