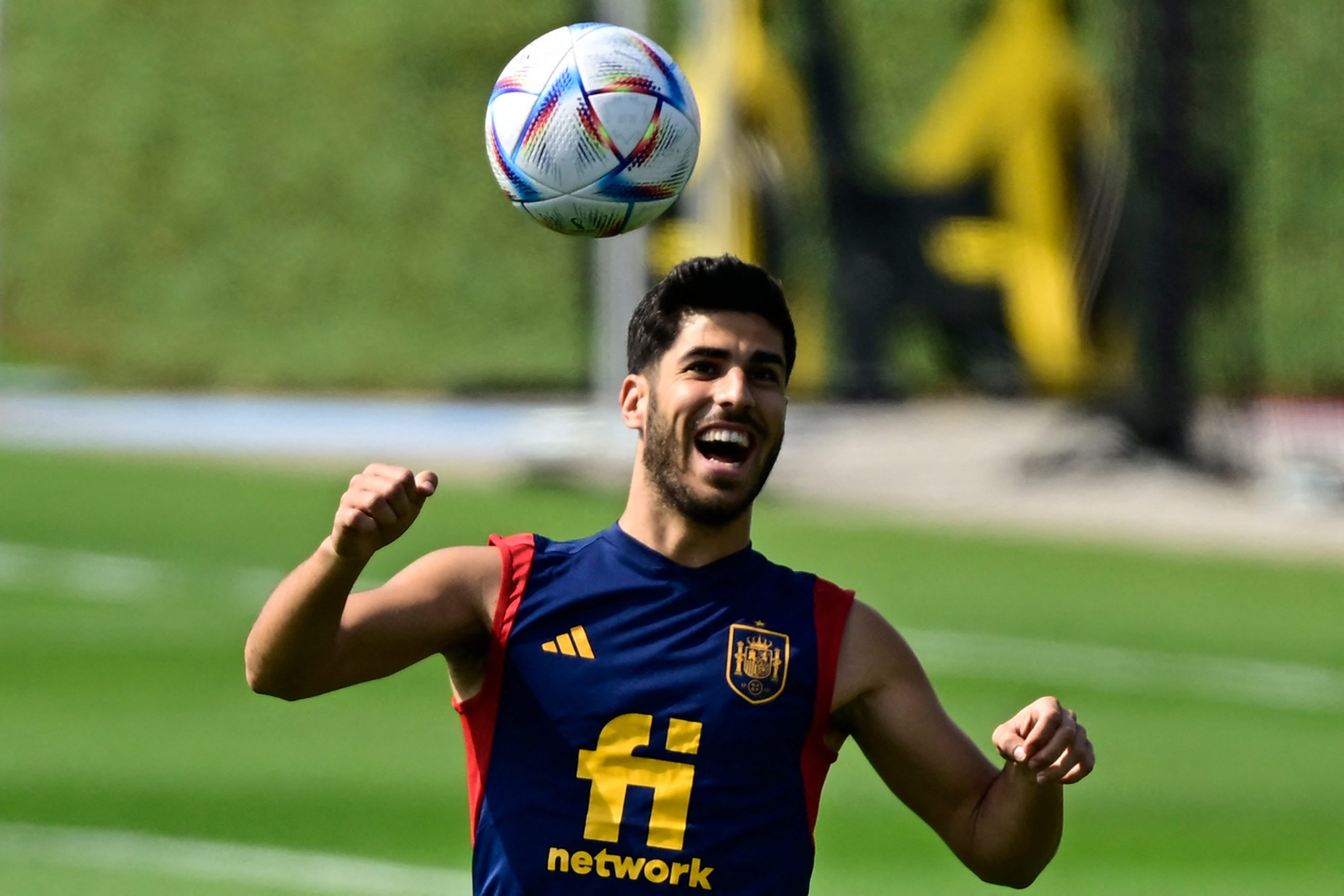 Speaking in an interview with Radio MARCA, Real Madrid winger Marco Asensio has opened up on his situation at the club, with his contract expiring at the end of the season.

The 26-year-old had looked set for an exit as a free agent at the end of the season, but has seemingly turned his situation around at the Santiago Bernabeu.

Indeed, recent reports have indicated that Real Madrid are now keen on handing him a renewal and tying him down to a new contract at the club.

Talking about the speculations, Asensio said: “There is talk that I am changing Real Madrid’s mind. But I’ve always tried to give the maximum I have inside me and then we’ll know. It’s also up to the club to decide, it’s not just up to me.

“After the World Cup, we’ll both make a decision. Do I want to renew? I hope it happens and that I can be very happy at Real Madrid for many years to come, I hope everything works out so that I can stay for another 10 years.”

Manager Carlo Ancelotti had been hard on Asensio at the start of the 2022/23 campaign, hardly using him in matches. But that changed in the weeks before the World Cup break, with the winger seeing increased involvement.

Opening up on his relationship with the Italian tactician, Asensio said: “He hasn’t told me that it’s too cold at Real Madrid. He has a lot of confidence in me and I’m focused on the World Cup.”

The 26-year-old also spoke about his Real Madrid teammate Karim Benzema, who was recently ruled out of the World Cup after injuring his thigh.

“I send him all my encouragement and support from here. These are things that happen in football and it has weighed on him not to be able to reach 100%. He was very excited about this World Cup,” Asensio said.

During the interview, Asensio was also quizzed about his statements regarding former teammate Sergio Ramos wanting him to be given more responsibilities by using the metaphor of putting more stones into his teammate’s backpack.

“That is a thing of the past. I’m ready for whatever comes, to be given responsibilities. The team and the players, even though they’re young, have a lot of self-confidence and the desire to give their best. Those of us who have already played in the World Cup will try to bring experience, but we will also learn from the younger players.”

In the recent past, Asensio made statements about him being open to the possibility of joining Barcelona in the future. It has given way to speculations that the Catalans are tracking him and could look to sign the winger on a Bosman deal in the summer.

Talking about his statement about Barcelona, the Spanish international said: “I was interpreted in many ways, like that of the stones and the backpack, I just said that I was comfortable at Real Madrid.”

Asensio has been part of several trophy-winning sides at Real Madrid and has seen the club make some historic remontadas during that time. Talking about the club’s ability to mount a comeback from the unlikeliest of situations, he said:

“There may be some explanation such as seeing the moment or taking advantage of the opponent’s weakness, but especially the Bernabeu.”

Spain have been drawn in the same group as Costa Rica, Germany and Japan. Asensio will thus come up against his former Real Madrid teammate Keylor Navas when they face Costa Rica in the opener later this week.

The veteran goalkeeper had recently appeared on Radio MARCA and said that he wished the best for Asensio. Responding to that, the winger said:

“What a great guy! I want to give him a little treat… I wish him all the best from Thursday because he is a top person.”

Talking about his call-up to the Spain squad for the World Cup, he said: “Yes. I am very happy to be here. It is a goal that I had for a long time and it is a joy to be here. I have worked a lot with my club. Luis Enrique has given me the opportunity, I have taken advantage of it and now I’m happy and looking forward to starting.”