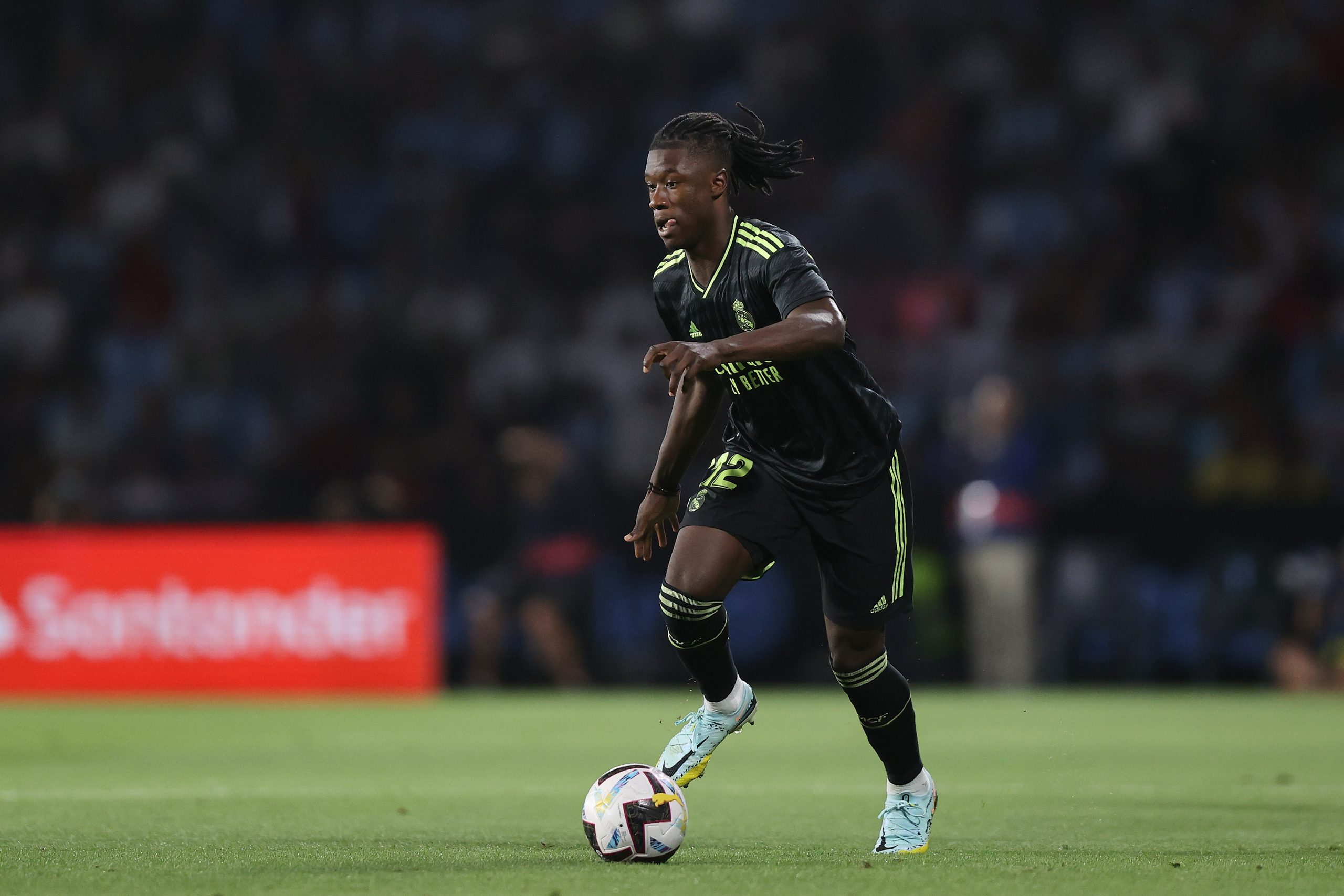 The departure of Casemiro to Manchester United has left a hole in the Real Madrid midfield department. That, coupled with the fact that Toni Kroos and Luka Modric are getting older by the day, means that other players will need to step up at the Santiago Bernabeu.

Aurelien Tchouameni was brought in this summer to learn from and eventually replace Casemiro. But the Frenchman has now been thrust into the spotlight sooner than expected.

The 19-year-old wonderkid arrived at Real Madrid last summer from Rennes but endured a slow start as Ancelotti opted to ease him into the team after a couple of missteps early in his tenure with the Merengues.

Over time, though, Camavinga started to prove his quality, making valuable contributions off the bench towards the final phase of the season as Real Madrid went on to bag the La Liga and the UEFA Champions League crowns.

Now, as per the report, there is a feeling within the club that Camavinga is a more ‘mature’ player and will now have a much bigger role to play this season, as indicated by the fact that the 19-year-old started both Real Madrid’s first two league games against Almeria and Celta Vigo.

It is stated that Ancelotti sees Camavinga as a very important player and plans to utilise him much more frequently than in the last season, as he tries to rotate Kroos and Modric.

It is expected that the French ace could be in line to start his third game in a row when Los Blancos face Espanyol this coming Sunday.

Since joining Real Madrid from Rennes last year, Camavinga has featured 42 times for the club, scoring and assisting two goals apiece. The teenage sensation has shown his potential and quality in his short time at the club and could be given more opportunities to do so this season.