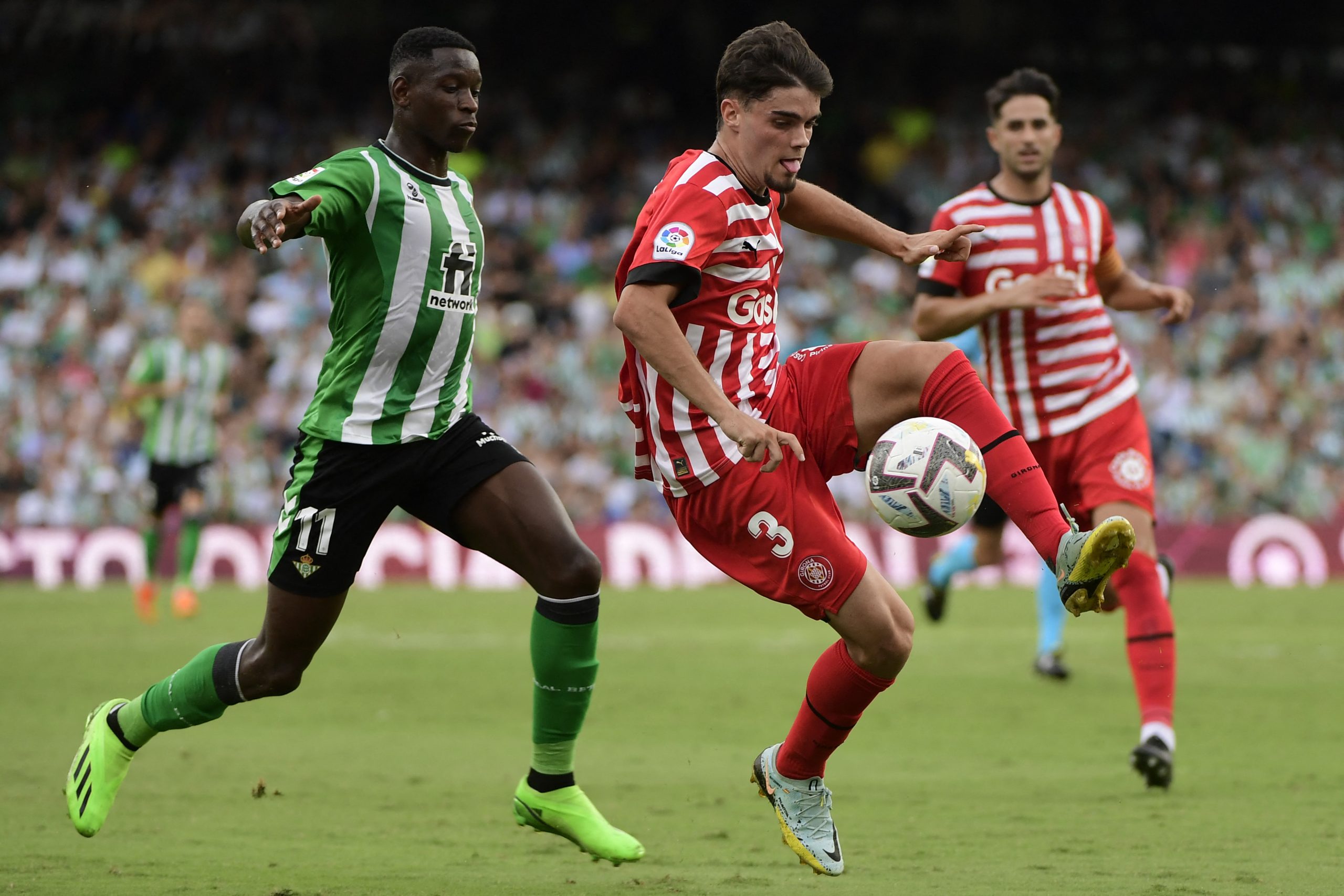 Real Madrid bid goodbye to several of their young prospects over the course of the summer window, including promising left-back Miguel Gutierrez.

A La Fabrica product, there were high expectations from the defender, but he did not get much of a look-in under Carlo Ancelotti last season and the club decided to move him on in the summer, with the defender signing for Girona.

Talking about his departure from the Santiago Bernabeu to Diario AS, Gutierrez said: “It was difficult to leave Madrid and even more so when you have been there for so long.

“At first I gave a little thought because finding a team in which you are going to be comfortable with the idea of ​​the game is difficult, but at Girona I have everything.

“After more than ten years in Madrid, I believed that it was a step that had to be taken. I couldn’t be happier to have come to Girona.”

When asked about what stood out the most for him during his time at Real Madrid, he replied: “There, when you enter as a child, they instil in you all the values ​​that are needed as a person, and as you go through stages and grow it is clear that, as seen in the first team, only winning is worth it. Defeat is not in the DNA.”

On being asked which player he followed the most, the youngster named Real Madrid legend Marcelo as his idol, saying:

“Marcelo. I shared a dressing room with him and it was a dream for me. I wish him all the best at Olympiacos and I would already sign to follow in his footsteps and achieve everything he achieved. His game and abilities were incredible and as a person, a ten. He was a symbol for Madrid.”

Talking about former Real Madrid manager Zinedine Zidane, who showed a lot of faith in him, Gutierrez said: “Zidane was a delight, I saw him do things in training and it was amazing. As a coach he is top.”

The youngster also hailed current manager Carlo Ancelotti, even though the Italian did not afford a lot of minutes to him, saying:

“I also remember Ancelotti, I am very grateful to him as well. He is a winner and he is managing to make Madrid an almost invincible team. I keep a lot of good things from both of them, I was privileged.”

On his feelings after being told to find a new club by Real Madrid, Gutierrez said: “It was not in good taste, of course, and I believed that this year was important for me, to show that I was worth for Primera.

“In Madrid, it was decided that I had to leave, I was informed and I could not and did not want to be without playing. Girona went for me, I felt very loved and I was not wrong.”

When asked if Real Madrid will enjoy success this season, the Girona left-back replied: “Madrid is always Madrid. They are the best in the world and they show it. They have not lost a game and I will always wish him the best.

“Another thing will be when they play against us on October 30. We are going to give them war.”

On whether he would like to return to Real Madrid in the future, Gutierrez said: “I recently left and I don’t want to think beyond Girona. Here I am being given a lot of trust and affection and time will tell. Madrid has always been my home and now Girona is.”