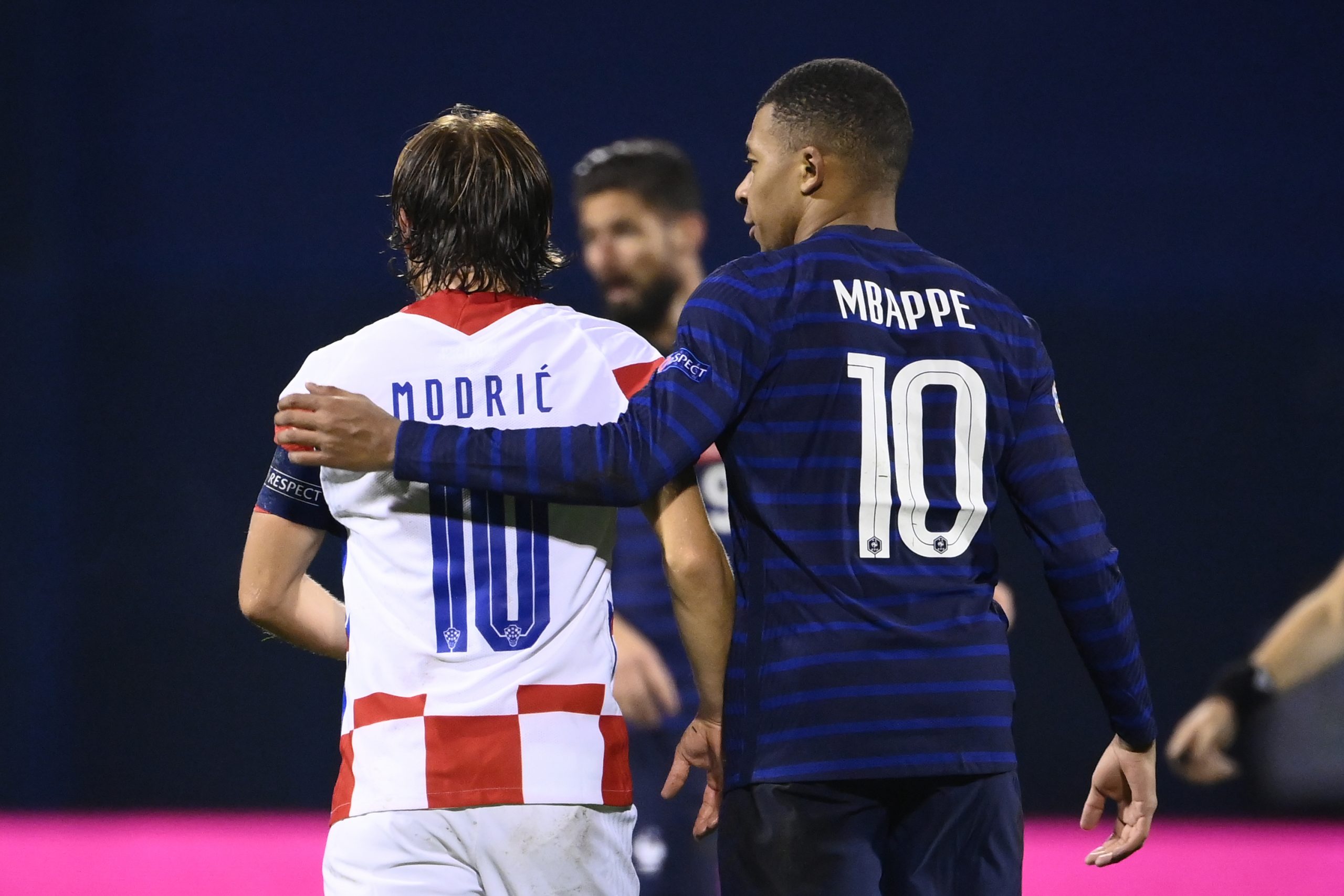 A lot has been made of Kylian Mbappe’s decision to snub Real Madrid in the nth hour. When the deal seemed all but done, the Frenchman announced that he would renew his contract with PSG until 2025.

The youngster’s move has garnered him many haters in Madrid. There has been open criticism of the player, both inside and outside the dressing room. Luka Modric has joined in the parade, too.

Modric is out of contract in June and yet to renew with Los Blancos. When asked about the status of his extension by Partidazo Cope via Fabrizio Romano, the veteran midfielder took a sly dig at Mbappe by saying,

“I’ve not extended my contract with Real Madrid yet, but I won’t do like Mbappe. And I hope the club won’t do that to me!”

This is not the first instance of a Real Madrid player openly reacting to the French star’s renewal. On the day when PSG officially announced Mbappe’s extension, Karim Benzema posted a photo on Instagram of late hip-hop icon Tupac and a man who betrayed him.

He did explain the photo, though, saying that it was not about Mbappe.

“The Tupac photo was not against Mbappe, I put it up because I love Real Madrid. This is not a story of betrayal or anything. Every month and a half, I put up photos of Tupac, who’s my favourite,” he said.

As for Modric, his contract renewal is only a matter of time. Both parties involved have expressed their intention to reach an agreement several times in recent months, and an official announcement is expected after the UEFA Champions League final later this week.

In 12 UCL starts for Madrid this season, he has provided four assists and averages 1.3 key passes per game. The team’s unreal comeback against Chelsea in the quarterfinals would not be possible without his timely assist to Rodrygo.

Modric will play his fifth UCL final in Paris on Saturday, hoping to lift the prestigious trophy one more time before his retirement.