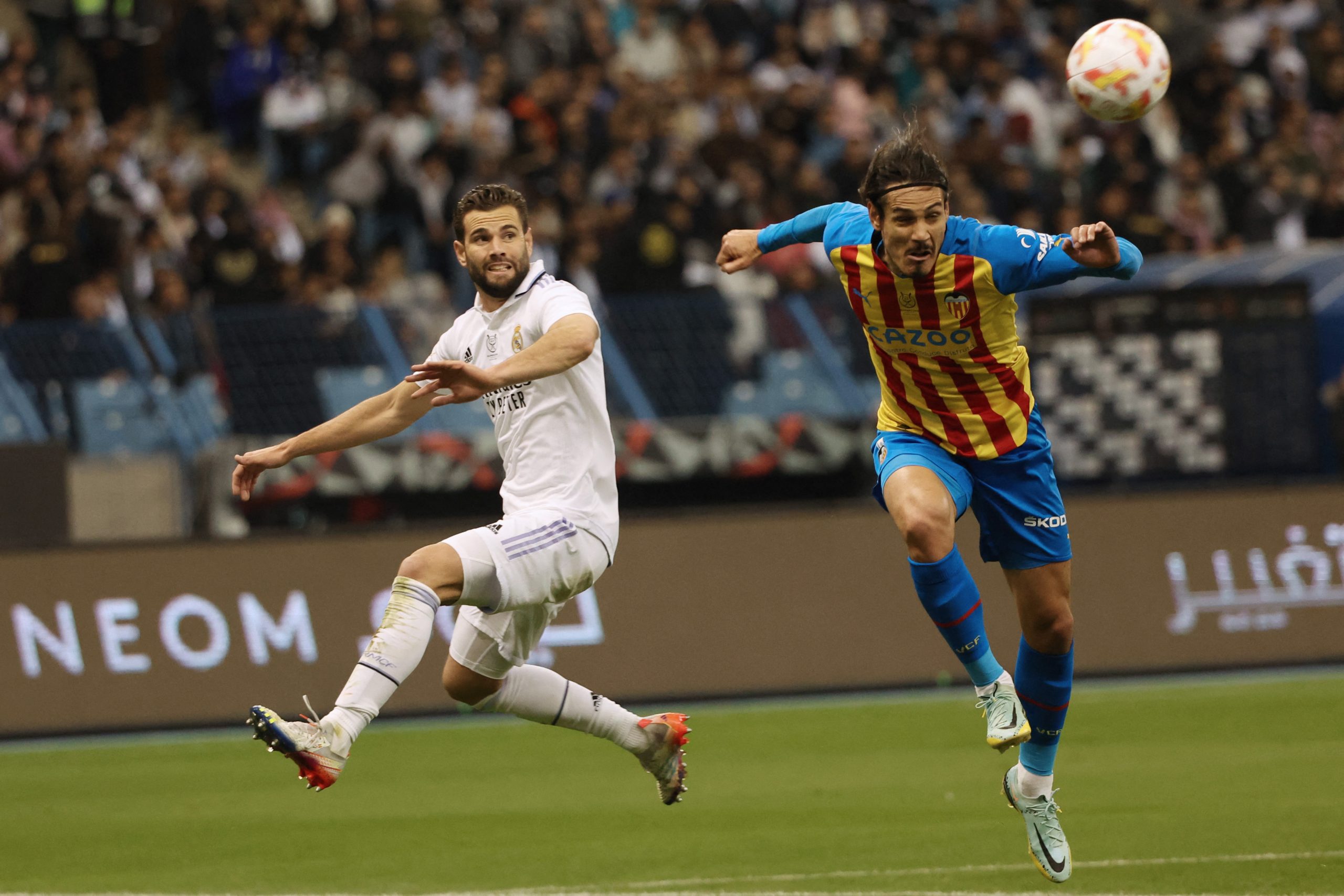 Real Madrid scraped through to the final of the Spanish Supercup with a penalty shootout win over Valencia last night. Nothing separated the two sides at the end of 120 minutes, but two missed penalties by Los Che coupled with perfect conversion by the Real Madrid players helped them through.

Nacho Fernandez started the game at left back on the night and played the full 120 minutes. He made a whopping 16 defensive contributions in that duration in addition to a key pass and a 94% pass accuracy.

The Spaniard spoke to the press after his team’s win over Valencia and talked about his performance and the difficult game among other topics. Here are the snippets from his interaction.

On the hard-fought game: “It was tough. Winning a match with extra time and penalties is never easy. Valencia were good and it was a very competitive match. We had two chances and in the end, luck went our way in the penalty shootout. We’re delighted to be in another final.”

On repeating their mistake: “Their goal was the problem. We came out after the break and in the first attack, they scored. It’s something we have to work on because the other day at Villarreal we conceded right after the break. We’ll try to correct these mistakes in the next few days.”

On the change of position: “I’m used to it and I have no problem. For me, I’m happy to play, and I don’t care about the position. I feel much more comfortable at centre-back, but I’m happy to be playing.”

On Carlo Ancelotti: “He gives us motivation, confidence in ourselves. These are moments when perhaps the team’s under more pressure, but we’re confident because we’ve put a lot of work into it. It worked out well in the end.”

On his confidence in the squad: “I’ve got confidence in my teammates and Courtois of course because they’re the best. We have tremendous confidence in Courtois, not only for penalties. Every game he proves that he’s the best goalkeeper in the world. It’s great to have him in the team.”

On the chance to defend their title: “It’s a unique opportunity. Anything that means winning titles with this club is wonderful. We have had another chance to lift another title in recent years, which have been incredible. We have to battle and fight until the end.”

Marco Asensio started on the bench but came on in the 84th minute and played the extra-time segment. The winger also gave his two cents to the media after the game.

On the overall performance: “It was a complicated game, with little rhythm from both teams. It was tough for us, but the important thing is that we’re in the final and the running for another title.”

On Valencia’s goal: “We expected the second half to begin with high intensity. The goal upset our plans a bit, Valencia pressed and played very well. We kept creating chances and it could have gone either way. We went through on penalties and we’re very happy.”

On the road ahead: “We wanted to score a goal as soon as possible and avoid penalties, but the ball wouldn’t go in. We’re fine, happy, where we want to be and on Sunday we’re in the final and in search of another title. We wanted to reach the final and try to win it, no matter who our opponents are.”