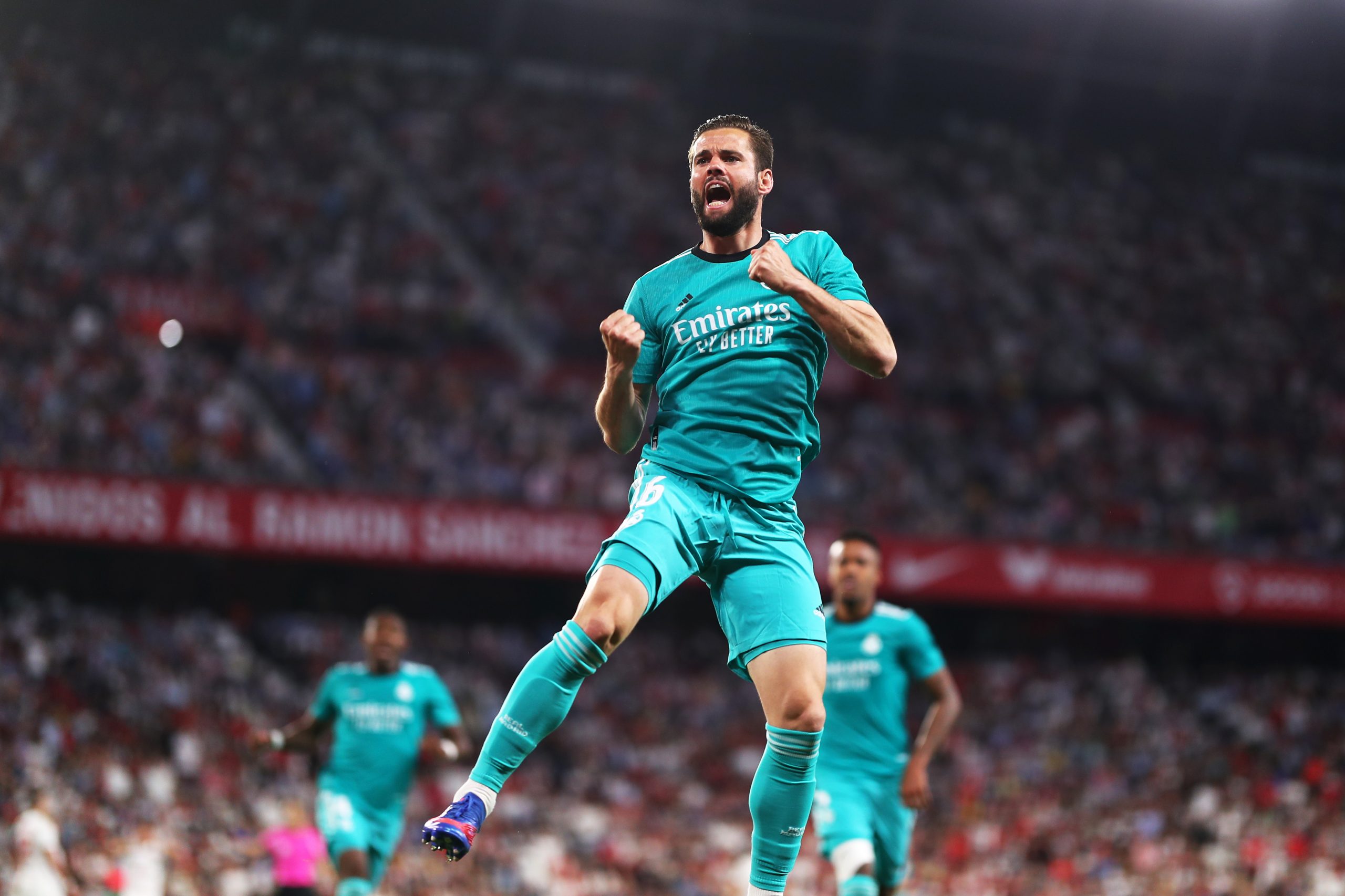 Real Madrid produced another stunning second-half comeback as they overturned a two-goal deficit to beat Sevilla 3-2 at the Ramon Sanchez Pizjuan.

Two quickfire goals from Ivan Rakitic and Erik Lamela in the first half left Carlo Ancelotti’s men staring at a defeat against Los Nervionenses.

However, the team rallied after the break as substitute Rodrygo Goes pulled a goal back in the 50th minute before fellow substitute Nacho equalised with less than ten minutes left to play.

And, when it mattered the most, Karim Benzema stepped up again to dispatch a stoppage-time winner. The result sees Real Madrid strengthen their grip at the top of the La Liga standings, stretching their lead to 15 points over second-placed Barcelona.

Speaking after the game, Nacho, who came on to score a goal, commented on the performance, saying (h/t DAZN):

“A win doesn’t mean more than three points. There are still a lot of matches left, but given how the match was, it’s very important. We performed better in the second half.”

“The way we won the three points is very complicated and we are very happy. This does not resolve anything yet,” he said.

Speaking of the goals that Real Madrid conceded in the first half, the Spaniard said: “The first goal we conceded was because of us, I don’t know how to tell you. Sevilla put a lot of pressure and played better in the first half.”

There was a contentious moment during the game when Vinicius Junior had a goal surprisingly chalked off for a handball.

Expressing his bewilderment over why the decision went against Real Madrid, Nacho said: “Vinicius’ goal should have counted. I saw it on the screen.”

Finally, Nacho also touched upon the club’s La Liga title chances, stating: “It got a little closer. With each passing round, the advantage becomes greater for us.”