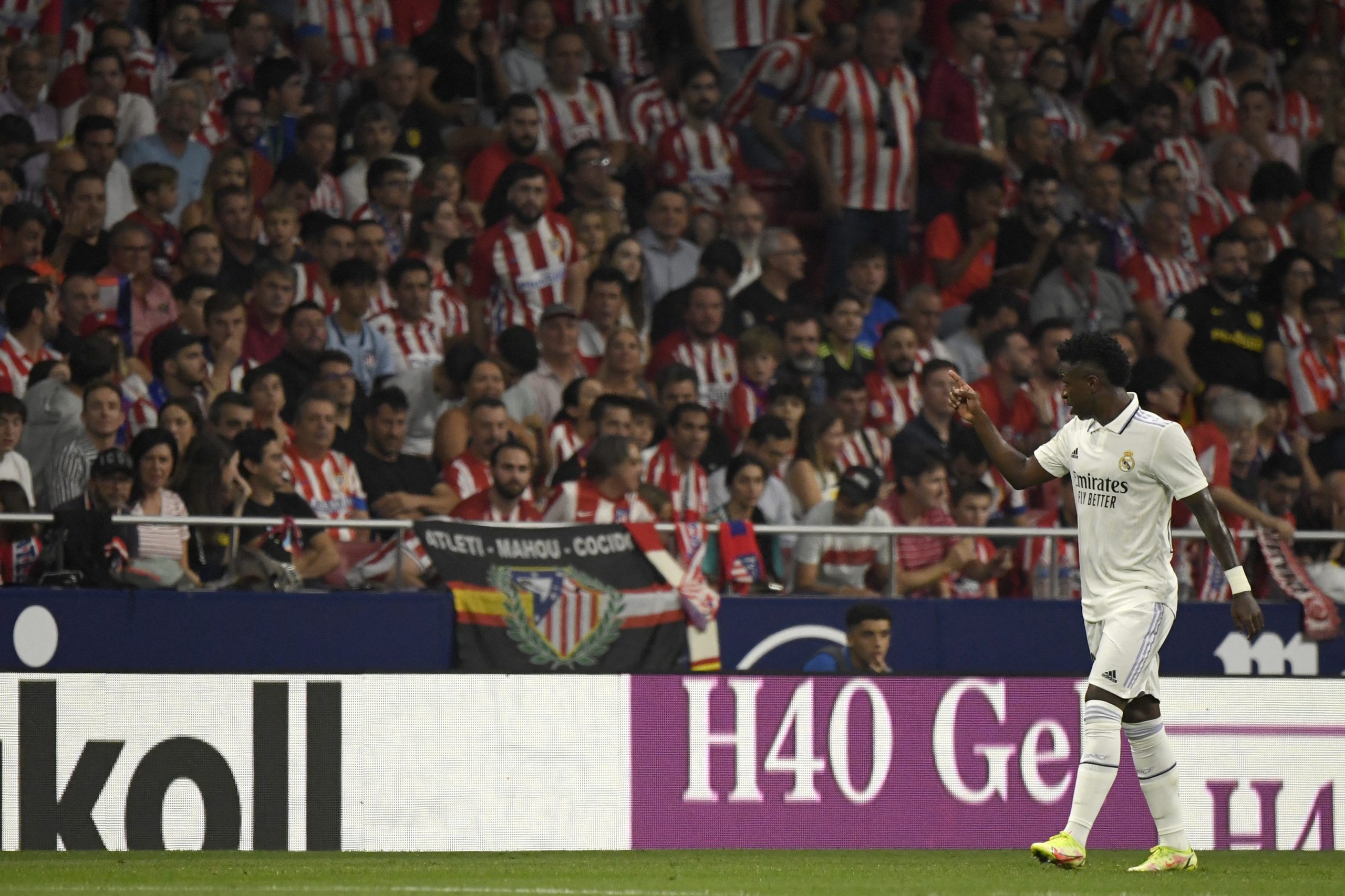 Following the unsavoury incident of Sunday at the Civitas Metropolitano, Atletico Madrid have issued an official statement condemning the act of racist abuse directed towards Real Madrid winger Vinicius Jr.

The 22-year-old winger was subjected to vile racist chants from a section of Los Rojiblancos’ supporters outside the stadium before kickoff and even during the derby at the Metropolitano.

There have been calls for a stadium ban to be handed to Atletico Madrid following the incident. While developments over any punishment are awaited, the club have now issued a statement condemning the section of fans who were involved in the act.

“Atlético de Madrid roundly condemns the inadmissible chants that a minority of fans made outside the stadium before the derby was held. Racism is one of the biggest scourges in our society and unfortunately the world of football and clubs are not free from its presence.

“Our club has always been characterized by being an open and inclusive space for fans of different nationalities, cultures, races and social classes and a few cannot tarnish the image of thousands and thousands of athletes who support their team with passion and with respect for the rival.”

The Colchoneros also confirmed that they will co-operate with the authorities to identify the individuals who made the chants against Vinicius and will issue bans from the stadium to those involved.

“At Atlético de Madrid we have zero tolerance for racism, our commitment to the fight against this social scourge is total and we will not stop until we eliminate it.”

“For this, we have contacted the authorities to offer them our maximum collaboration in the investigation of the events that occurred outside the stadium and demand the identification of the people who participated in order to proceed with the immediate expulsion of those who are members of the club.”

“Our decision is firm and resounding and we will not stop until we expel them from the red and white family because they cannot be part of it.”

The Spanish Prime Minister, who also is an Atletico Madrid supporter, has commented on the matter, stating that he hopes that proper action is taken against those involved in this vile behaviour.