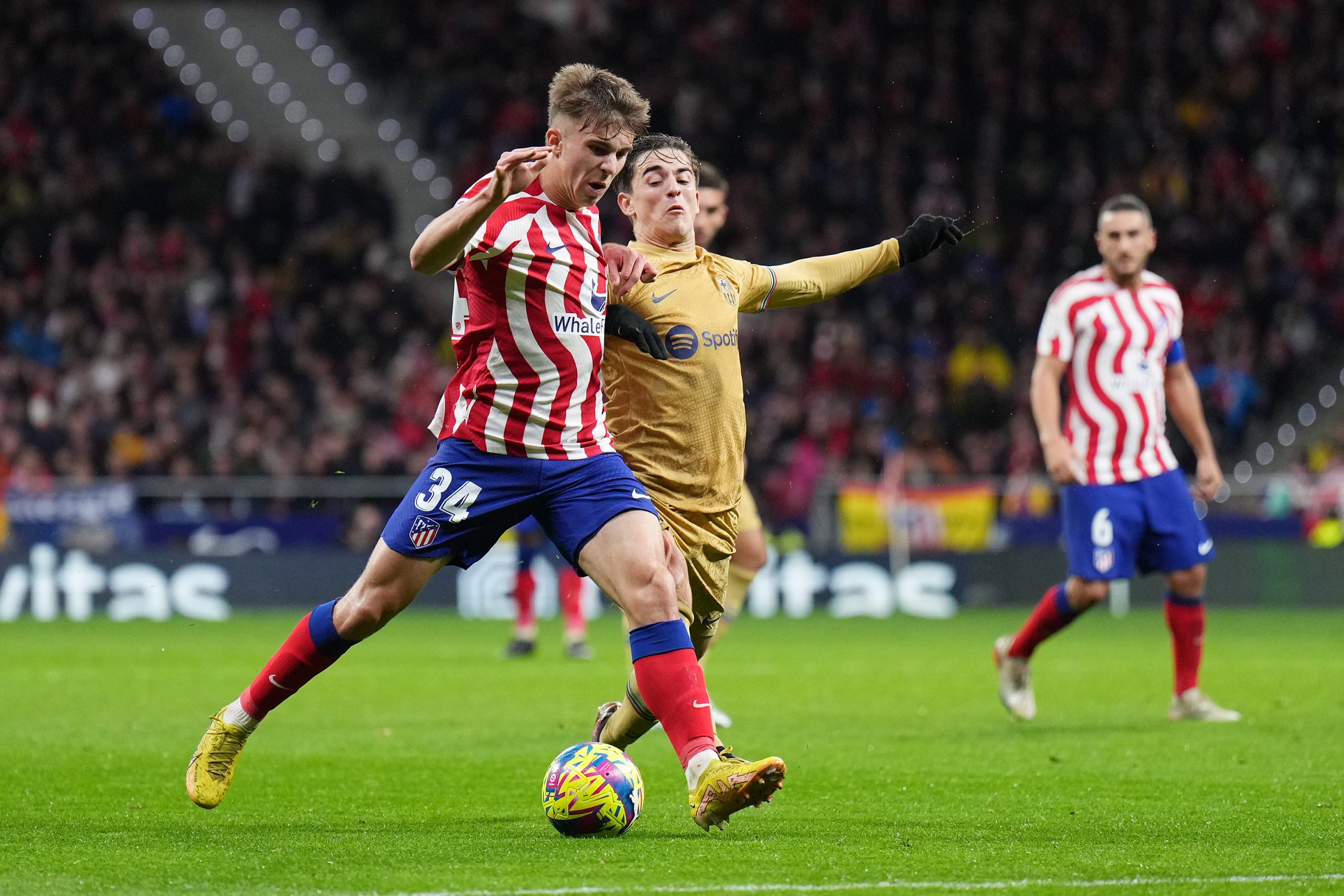 As confirmed by the club on their social media channels, Atletico Madrid youngster Pablo Barrios has signed a new contract that will keep him at the Civitas Metropolitano until 2028.

The 19-year-old is enjoying a breakthrough campaign with the Colchoneros. Having made his debut for the club’s B team in September last year, the midfielder was soon called up to the first-team setup by Diego Simeone.

Since his senior debut in October 2022, Barrios has played eight games in total, with his involvement becoming greater and greater after the World Cup break.

To date, the young prodigy has featured eight times for Los Rojiblancos, even scoring two goals in the process – both of which came in the Copa del Rey.

It must be remembered that Barrios joined Atletico Madrid’s academy from the youth setup of arch-rivals Real Madrid five years ago and has now carved out a spot for himself in the senior team at the Civitas Metropolitano.

At 19 years of age, the Spaniard has his entire career ahead of him and he has committed himself to Atletico Madrid until the summer of 2028.

The renewal also means that Barrios is now essentially registered as a first-team member of the club instead of being a subsidiary player.

Reports in Spain suggest that the young midfielder’s new contract will consist a release clause worth €100 million.