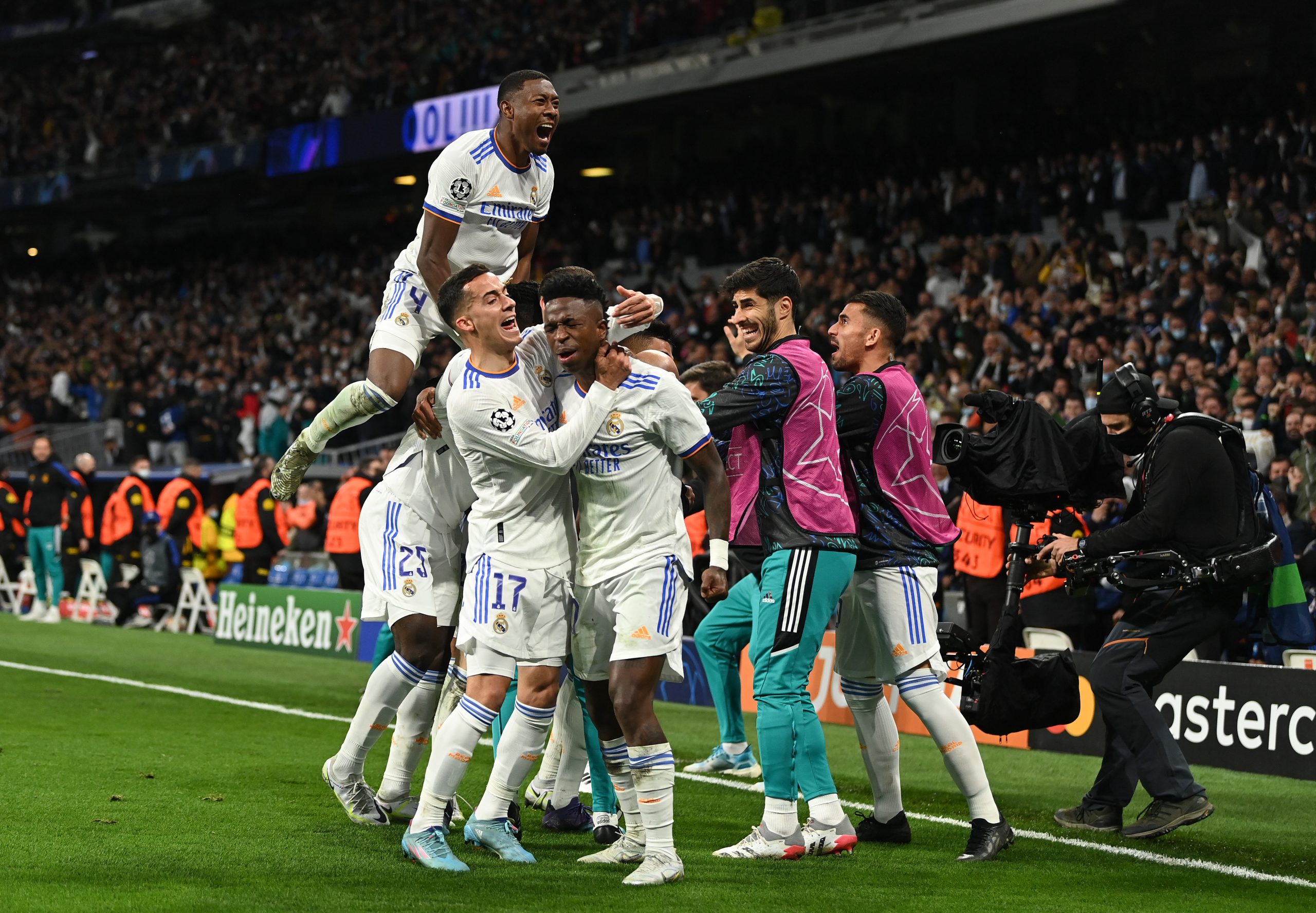 Following their incredible comeback victory against Chelsea in the quarterfinals, Real Madrid now gear up for another stern test, facing another Premier League giant in Manchester City.

Carlo Ancelotti’s 20-man squad for the trip to the Etihad Stadium has been officially announced.

Jesus Vallejo returns to the list in defence, alongside Nacho, Eder Militao and David Alaba. The latter two will be expected to marshal the backline in the crunch tie.

After deputising at left-back against Osasuna, Nacho could be rotated for Ferland Mendy or Marcelo, who are once again named in the squad, with Dani Carvajal on the right.

Isco is included in the midfield, alongside Dani Ceballos, Lucas Vazquez and Eduardo Camavinga, with the usual suspects Toni Kroos, Casemiro, Luka Modric and Fede Valverde.

In attack, Gareth Bale gets the call-up after being left out against Osasuna, while Marco Asensio keeps his place after a goal at the weekend. Rodrygo is named once again as a result of his white-hot form both as a starter and especially coming off the bench.

Madrid’s two attacking talismans Karim Benzema and Vinicius Jr. round off the list. They will be crucial in breaking down a strong City side.