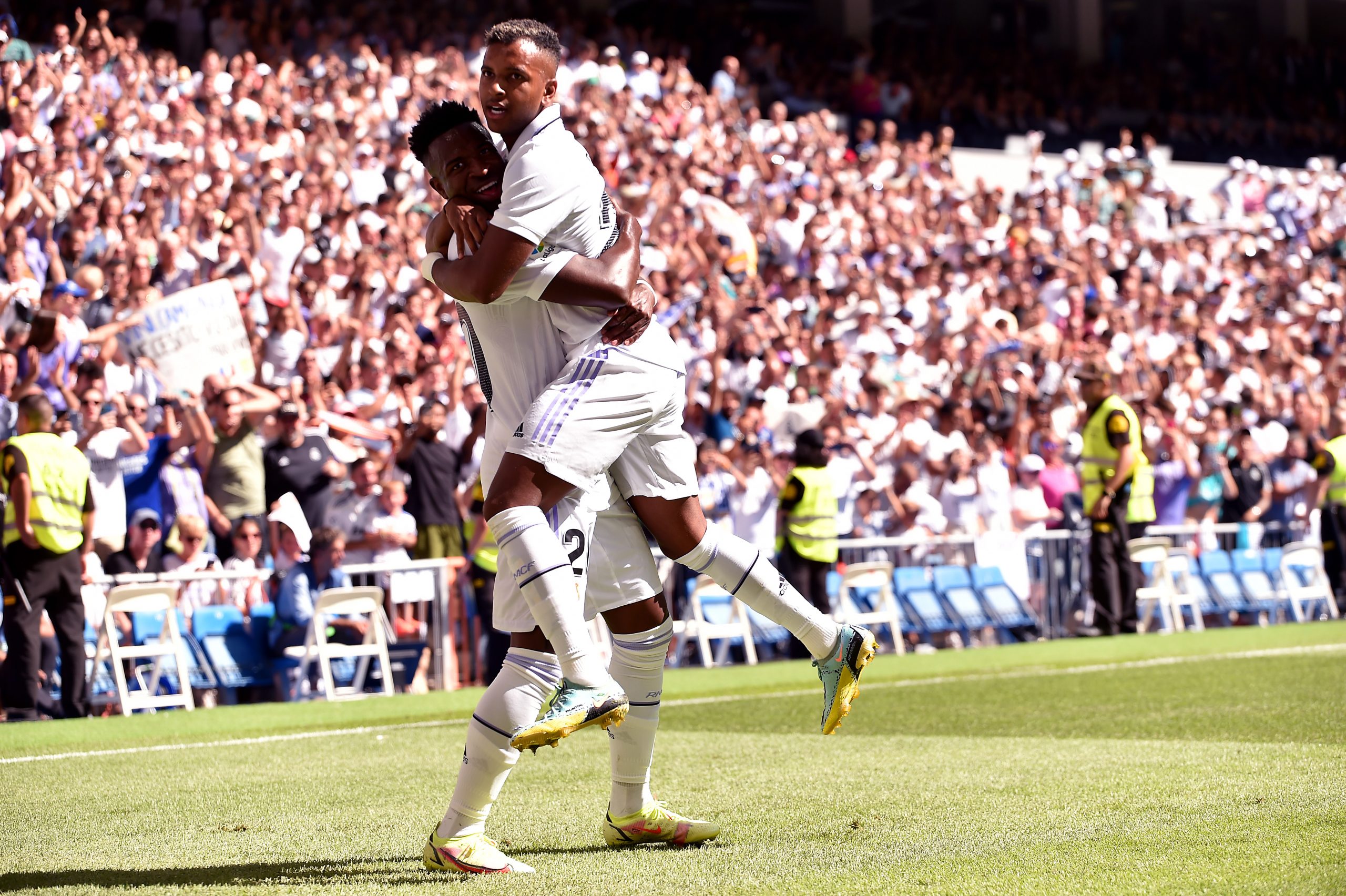 Real Madrid have confirmed their starting lineup for the derby against Atletico Madrid at the Civitas Metropolitano. In what promises to be a feisty encounter between the two local rivals, Carlo Ancelotti has opted to name his strongest possible XI to reclaim the top spot in La Liga.

Thibaut Courtois is the undisputed starter between the sticks for Los Blancos and retains his place against his former club.

The Belgian international is shielded by a backline comprising Dani Carvajal, Eder Militao, David Alaba and Ferland Mendy, meaning new signing Antonio Rudiger has been omitted by manager Ancelotti. Militao’s return from injury is a major boost for Real Madrid.

There is a notable change in midfield as well, as veteran star Toni Kroos makes a return to the starting XI after being benched against RB Leipzig in the midweek UEFA Champions League encounter.

The German superstar pairs up along with Luka Modric and Aurelien Tchouameni in the centre of the park, meaning Eduardo Camavinga gets dropped to the bench.

Meanwhile, no changes are seen in the attacking unit as Ancelotti has stuck with the trio of Federico Valverde, Rodrygo Goes and Vinicius Jr, with Eden Hazard and Marco Asensio being options from the bench for the visitors.