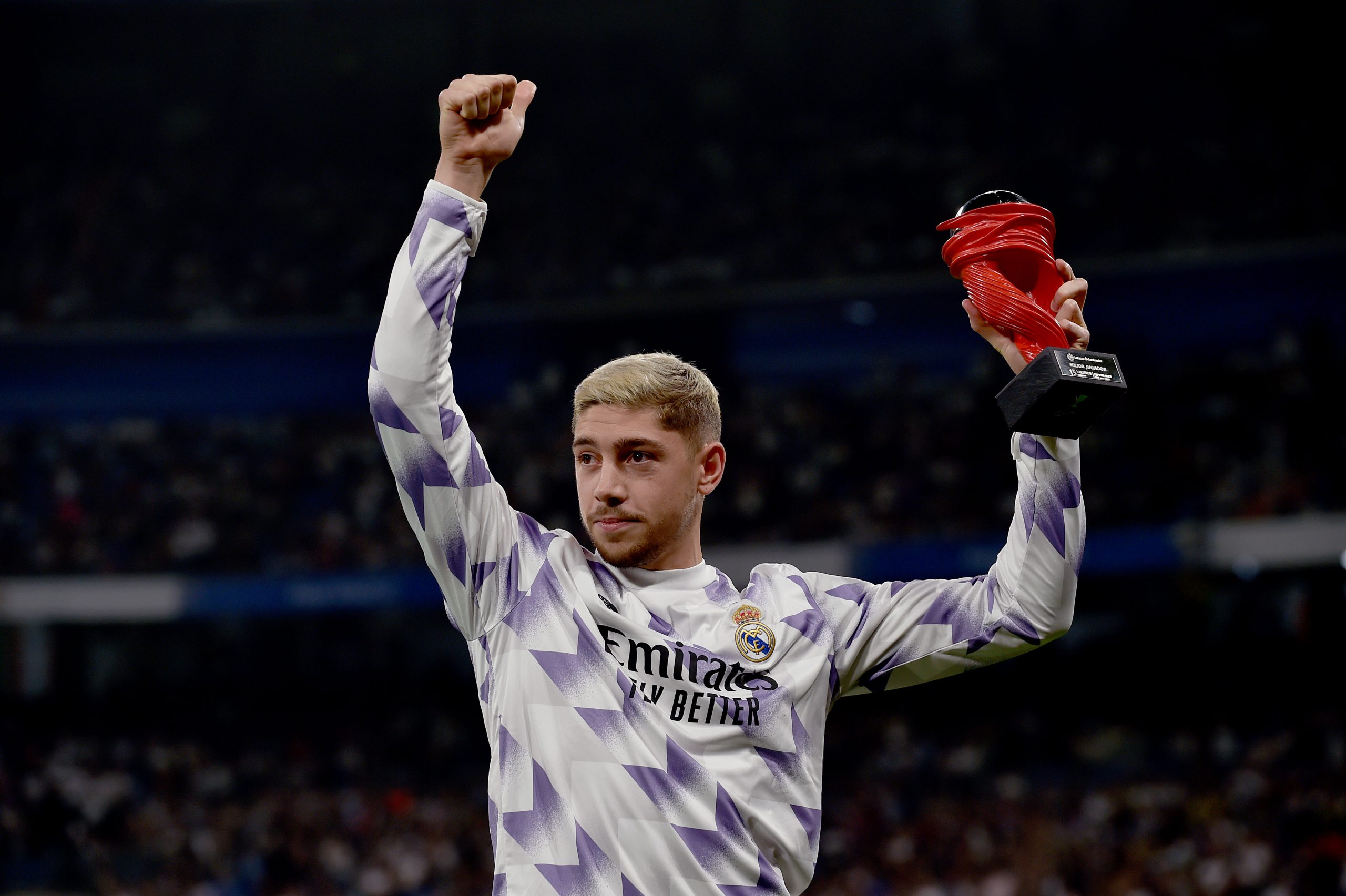 Real Madrid’s flawless start to the campaign was put to a halt when they took on Osasuna at the Santiago Bernabeu on the weekend. Vinicius Jr’s first-half goal was cancelled out by Kike Garcia, which was enough as the visitors secured a point.

Madrid will look to get back to winning ways tonight as they take on Shakhtar Donetsk in the Champions League. Carlo Ancelotti has made two changes to the team that graced the pitch on the weekend.

Antonio Rudiger is replaced by Eder Militao in the heart of the back-four, paired alongside mainstay David Alaba. The quartet is flanked by Dani Carvajal on the right, while Ferland Mendy takes up responsibility for the same on the left.

They will have the job of screening Andriy Lunin, who starts ahead of the injured Thibaut Courtois.

There is one change to the midfield as well, with Federico Valverde coming in to take over Dani Ceballos’ spot. Toni Kroos was one of the better performers against Osasuna, and retains his spot, while Aurelian Tchouameni, without competition, starts as the lone pivot.

Karim Benzema had a game to forget, missing what could have been the match-winning penalty. Despite that, his place in the lineup was never in contention, and he starts as the striker.

In his aid, he will have Vinicius on the left, while Rodrygo Goes continues in the starting XI on the right.