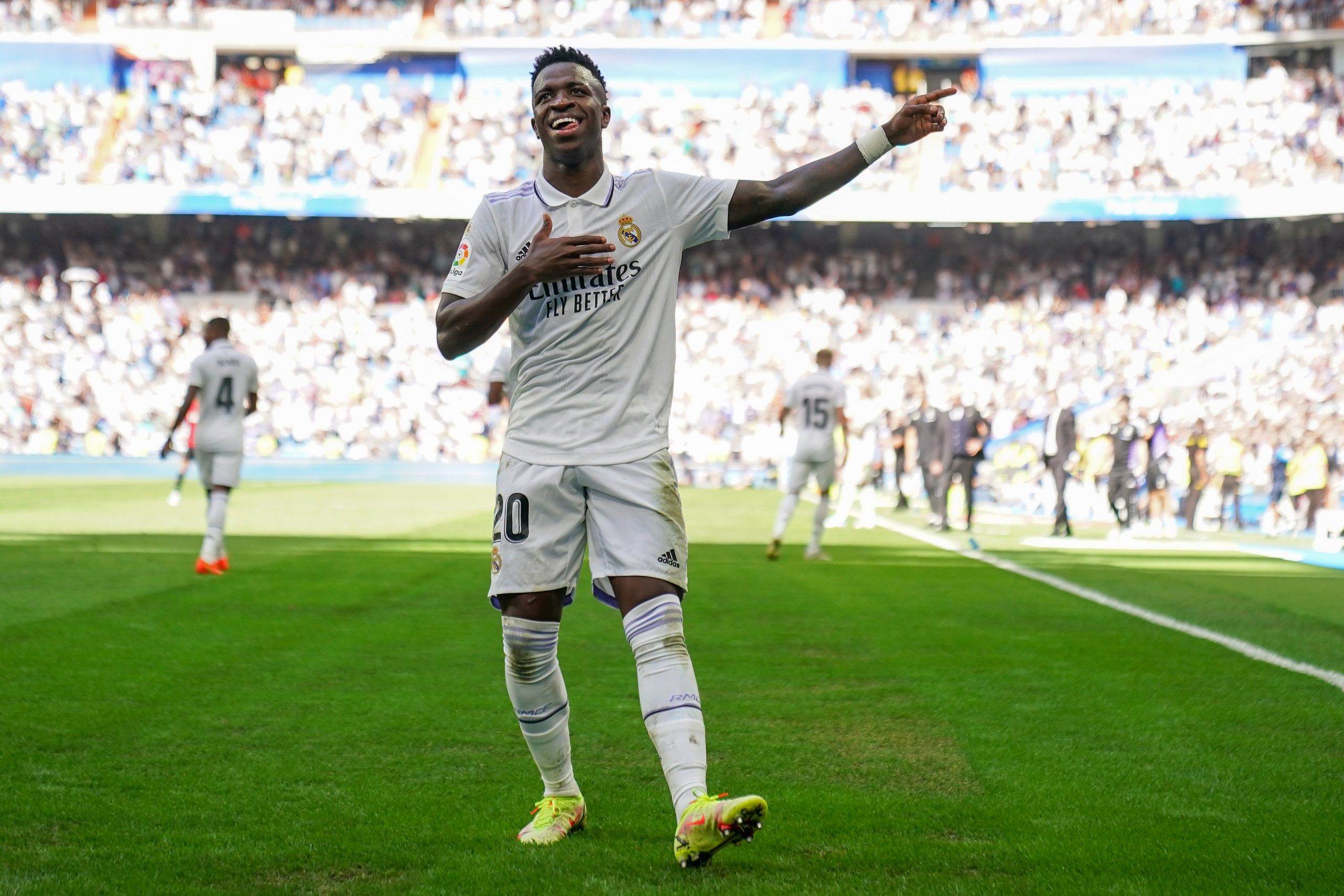 In the past few days, Vinicius Jr’s habit of dancing during his celebrations after putting the ball in the back of the net has stirred controversy.

So much so that the President of the Association of Spanish Agents, Pedro Bravo, criticised the in-form winger by making a comment with racist connotations.

In reaction to the horrific remark, several members of the Brazilian national team have come out in support of the 21-year-old, such as the likes of Neymar, Raphinha, Thiago Silva and Lucas Paqueta to name a few.

However, perhaps the country’s greatest ever footballing icon, Pele has now spoken out on the issue, rightfully being on the Real Madrid superstar’s side via an Instagram post.

“Football is joy. It’s a dance. It’s more than that. It’s a party. Although unfortunately, racism still exists, we won’t let that stop us from smiling. And we will continue to fight racism every day in this way: fighting for our right to be happy.”

Ultimately, there could not a bigger and better supporter of the Champions League winner than the veteran, who is the face of Brazilian football worldwide.

Being an expressive character, both on and off the pitch, Vinicius Jr has the right to celebrate in any manner he wishes to, without having to face disgraceful racist abuse.

As the youngster prepares himself to face Atletico Madrid at the Civitas Metropolitano, fans across the world will tune in to see if he dances after celebrating, in case he gets on the scoresheet.

The hope remains that the prolific forward does do so if he manages to score, to showcase how such crass comments do not faze him in the slightest, as the footballing fraternity collectively stands on his side.