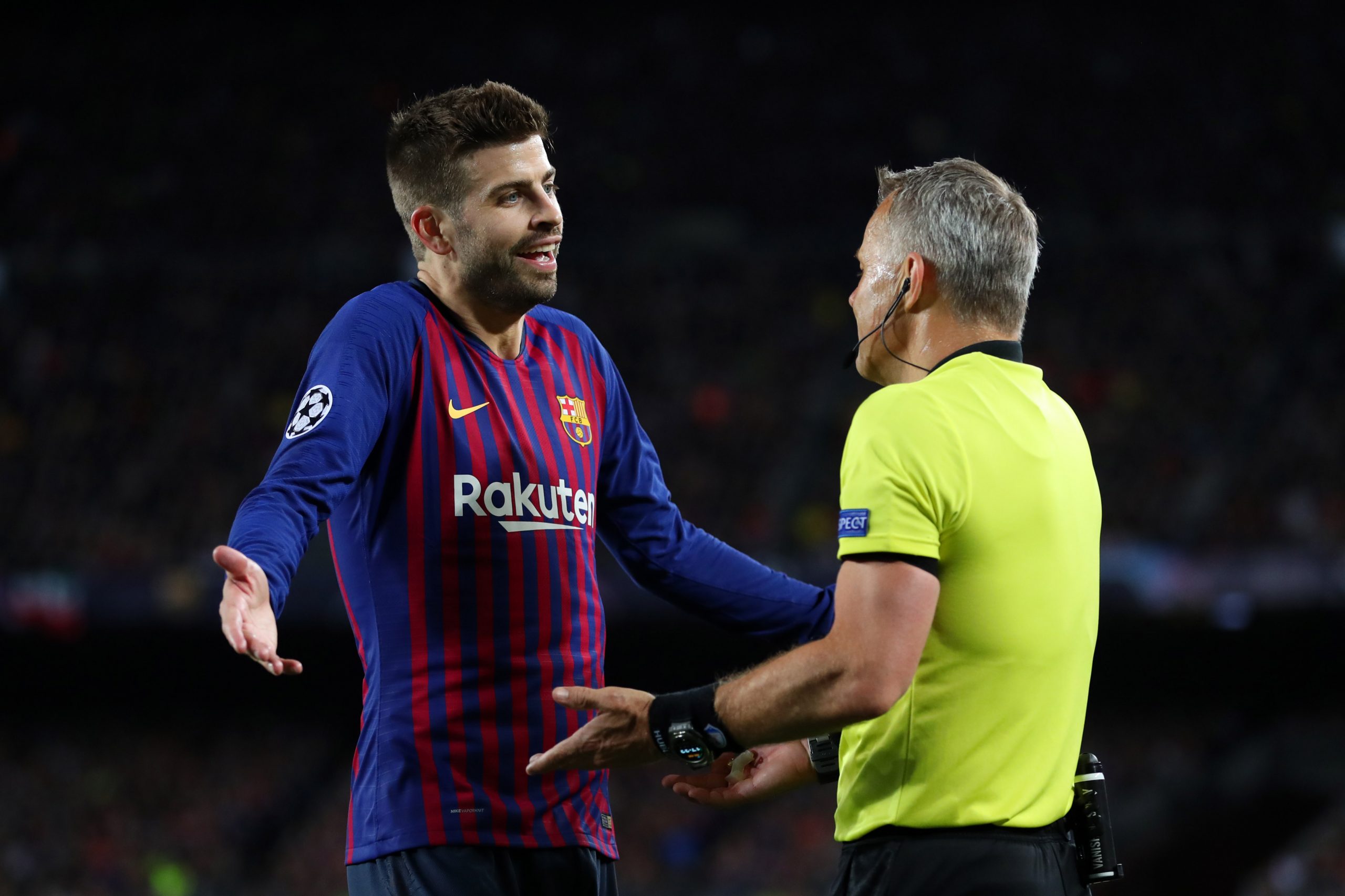 Both Barcelona and Real Madrid are often accused by each other’s fanbase of match-fixing scandals. The so-called ‘purchase’ of referees is one of the Spanish media’s favourite and bestselling topics.

El Confidencial has revealed what they claim to be a conversation between RFEF president Rubiales and Barcelona defender Gerard Pique.

The conversation is dated back to the Blaugranas‘ game against Real Sociedad in the 2019/20 season. The transcript is as follows:

Rubiales: “How are you?”
Pique: “Fu**ed. They messed up today.”
Rubiales: “What happened? Didn’t VAR see it?”
Pique: “Well, they didn’t check VAR. And it’s a clear penalty.”
Pique: “VAR did nothing. They should’ve told the referees, especially when they blew the whistle for Busi in the first half.”

Should this revelation be proven true, it would come as a black mark on Gerard Pique’s illustrious career. Using one’s personal relationships with the president of a governing body to complain, and possibly help the team is an issue that needs to be treated more seriously.

Madrid fans, especially, have not taken this well, and understandably so, due to the obvious conflict of interest.

I have no idea how this isn’t bigger headline news in world football.

We are talking about a major conflict of interest.

Here is prominent player potentially trying to use his relationship with a governing body’s president to help his own team/career. https://t.co/x1YnXJnuUG

The same outlet recently released information about the centre-back’s involvement in the Spanish Super Cup being shifted to Saudi Arabia.

Pique explained the controversy and accepted his role in the decision, stating that everything they had done was legal.

“Everything we have done is legal, I’m going to expose my part in the conflict of interest I want to show my face because I have nothing to hide. I am proud of what we do at Kosmos,” he said.

Given that El Confidencial got that report spot on, there is a high chance that the leaked conversation is true too.