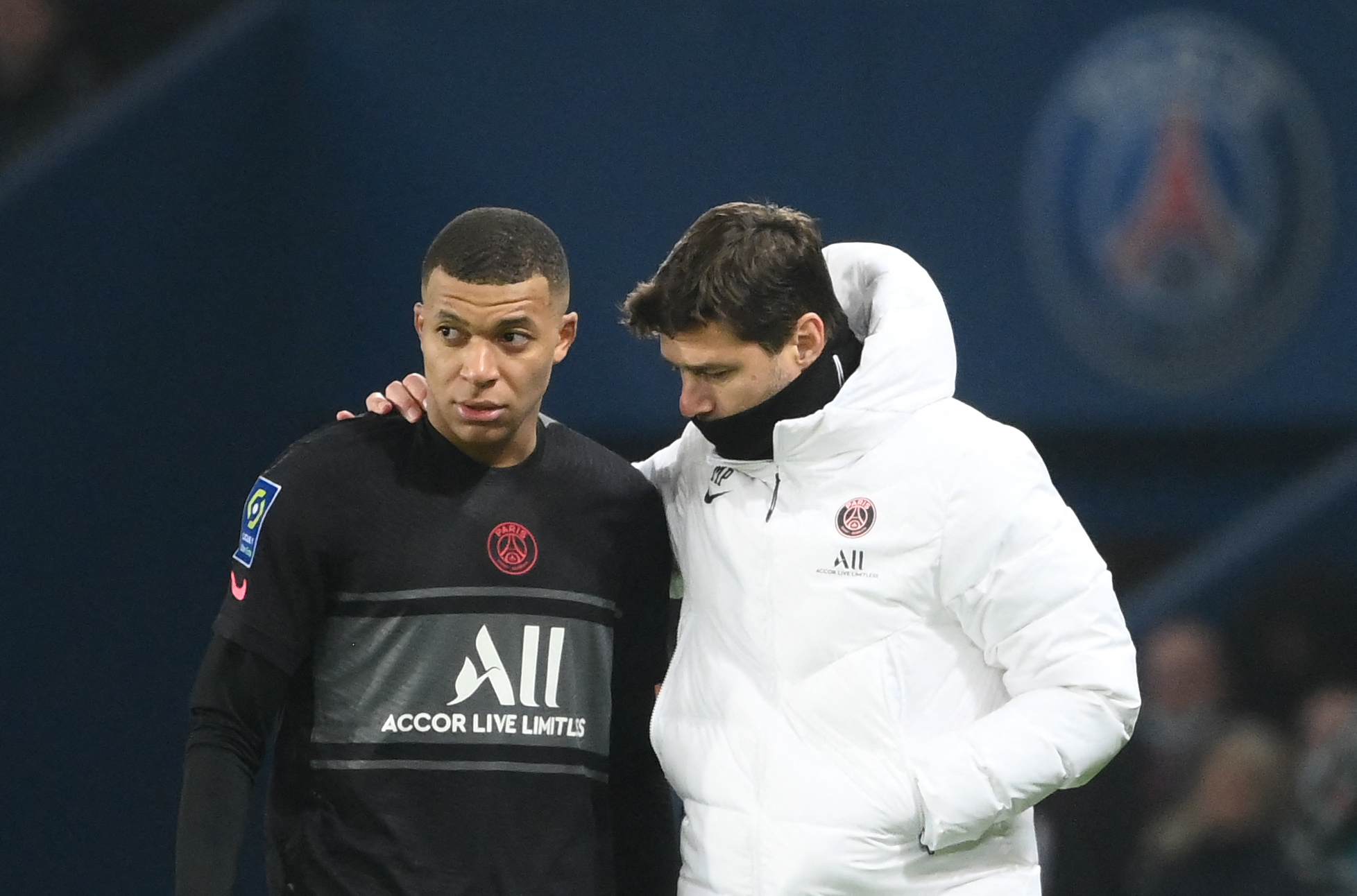 Speaking to the media ahead of PSG’s Ligue 1 game against RC Strasbourg on Friday night, manager Mauricio Pochettino has opened up on the future of superstar Kylian Mbappe.

The 23-year-old has only two months left on his contract with Les Parisiens and talks over a renewal have not gone well, with the forward believed to be keen on a transfer to Real Madrid in the summer.

Los Blancos tried to sign him last summer but were rebuffed on multiple occasions by PSG. The newly-crowned Ligue 1 champions have been desperately trying to get Mbappe to sign an extension, but have been unsuccessful in their endeavours thus far.

Despite that, Pochettino, who himself is staring at an uncertain future in Paris, has claimed that he expects Mbappe to stay put at Parc des Princes this summer without a doubt.

As quoted by Hadrien Grenier, he said: “From how I feel and perceive it, and also because I cannot wish for anything else, I think Mbappé will stay 100% next season.”

However, the PSG manager insisted that nothing is certain in football and things might change. “But you never know in football, you can expect a lot of things,” Pochettino said.

Mbappe has enjoyed another fine season on a personal level, even though the team have been unable to perform at the level expected. In 42 games across all competitions, the French international has netted 33 goals and assisted 22 more.

Despite PSG’s continued insistence that Mbappe could stay, Real Madrid are confident about their chances of signing the 2018 FIFA World Cup winner on a Bosman deal at the end of the season.

At 23, the forward has his best years well ahead of him and can prove to be an excellent acquisition for Real Madrid for a long time.