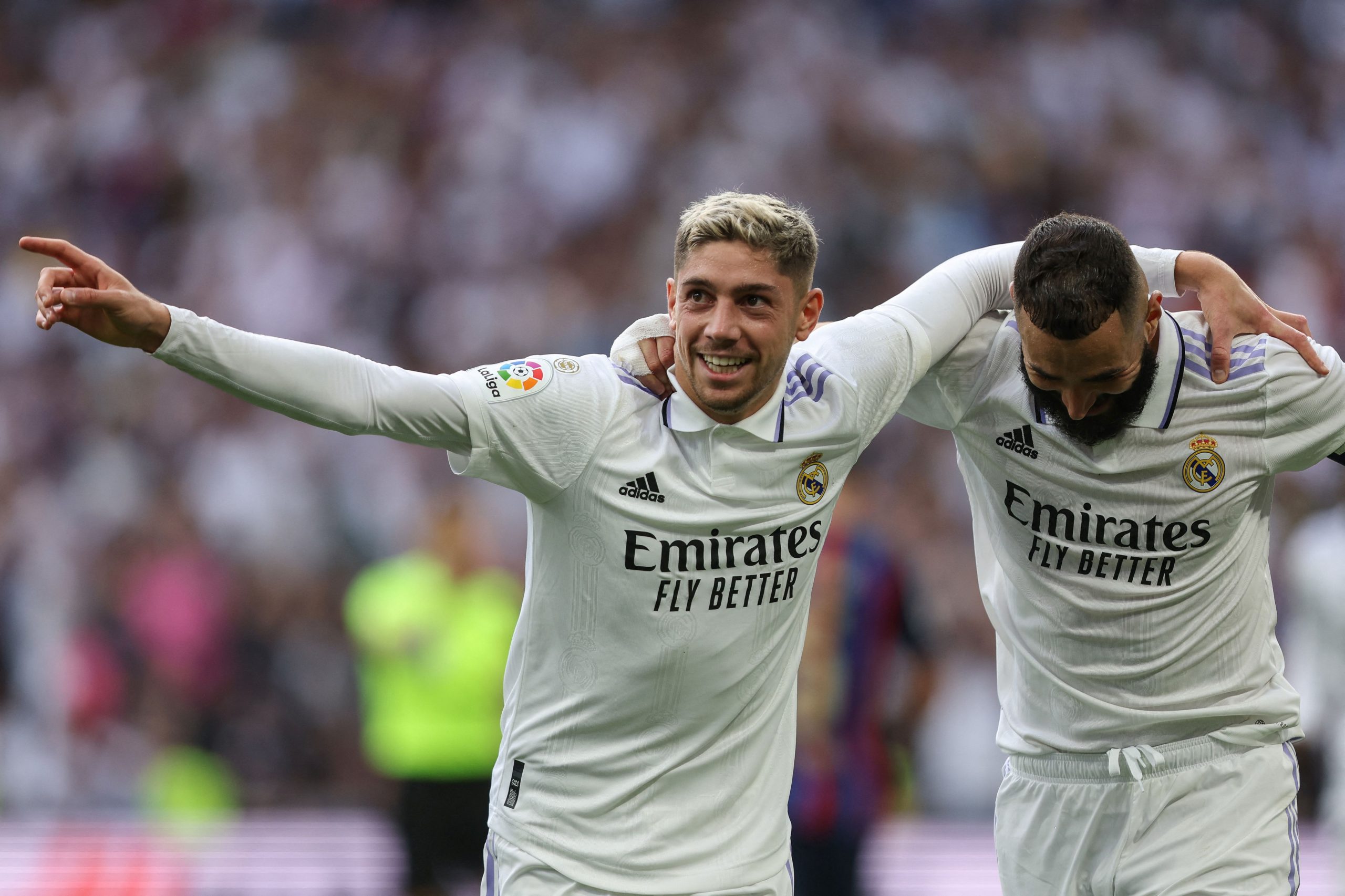 The first El Clasico of the season has enthralled us just like we all expected it to and it is the defending Champions who have grabbed the bragging rights as the night ends 3-1 in their favour.

Real Madrid came into this game trying to add insult to injury on Barcelona’s disastrous Champions League campaign and regain their spot as the league leaders from the Catalan club.

Carlo Ancelotti lined up as expected against Xavi Hernandez’s men with Thibaut Courtois a big miss for the Madrid club. Andriy Lunin took his place in between the sticks in what was his Clasico debut.

The only other question mark in the lineup was whether Antonio Rudiger would be ready to start and Ancelotti chose not to risk the German defender and went with David Alaba and Eder Militao at the back.

The first half belonged to the La Liga Champions who turned it on in style at home. Ancelotti’s men went into the break leading 2-0. Apart from a couple of chances, Barcelona had nothing to offer in an attacking sense and Lunin remained largely untested.

As Los Blancos almost always do in the big games, Federico Valverde was preferred to Rodrygo on the right wing and the Uruguayan certainly did not disappoint, ending the game with a goal against his name.

Barcelona did show a little bit more fight and intent in the second half but the visitors were unable to penetrate Real Madrid’s sturdy defence. The visitors did pull back one late goal but Rodrygo’s penalty put the game to bed.

Had quite a few nervy moments in possession early on. The Ukrainian would have thanked his stars when Lewandowski uncharacteristically missed an open goal after a low cross from Raphinha.

Made a good save to stop Frenkie from scoring in the first half. A decent showing from the Real Madrid backup keeper who wouldn’t have been expecting such an easy match. Could not do much about Ferran’s goal, which was a moment of brilliance from Fati.

Keeping Ousmane Dembele in check is not an easy task for any full-back in the world, but Carvajal did a fairly good job at it. Solid defensively, the Spaniard was a constant out ball on the right with Fede Valverde moving inside at every possible opportunity.

Had a couple of nervy moments in the second half with Fati and Alba causing him trouble and Ancelotti chose to take him off for the defensively solid Rudiger in the 87th minute.

Excellent in the air, winning a number of duels aerially against Lewandowski. Solid in possession, Militao had a great defensive showing and snuffed out every Barcelona attack that was thrown at him.

Absolutely bossed the Polish superstar who had to resort to theatrics to try and win a foul. Could not do much about a low cross into the box that Lewandowski backheeled into Ferran’s path.

Fielded at centre-back today, the Austrian was his usual self, commanding the back line and extremely calm in possession.

Showed incredible awareness by stepping up at the right time to play Lewandowski offside on a couple of occasions in the first half. Equally solid in the second half as well and looked largely untroubled.

A solid first-half display from the Frenchman constantly overlapping Vini Jr and providing an option on the left. An assist against his name as he set Fede Valverde up for the second goal. Nothing spectacular from Mendy in the second half, but kept Dembele in check.

Nothing spectacular from the Frenchman who just went about his business calmly. Yet another solid showing at the base of midfield from Tchouameni who is making sure that Real Madrid aren’t missing Casemiro this season.

Conceded a free-kick in a dangerous area by fouling Dembele but nothing came off it. Lost the ball in possession that allowed Fati to get a shot on goal that went just wide off the post. Solid nevertheless.

An ageless first-half display from the Croatian veteran who was excellent with his decision making in the first half.

Had a few sloppy moments in possession early in the second half but quickly regained his composure. Got booked for a silly foul on Pedri midway through the second half. Taken off for Camavinga in the 78th minute.

Excellent strength and awareness by the German under pressure from Busquets to find Vini Jr. in the leadup to the first goal of the game. Solid in possession, as usual, keeping the ball ticking and spraying passes to those in front of him. A vintage performance from the German.

Started in his auxiliary right-wing role but moved infield at every possible opportunity. Was at his energetic best, throwing himself around into tackles and making bursting runs forward.

Came up with a peach of a strike for Real Madrid’s second goal. Made a bursting run before passing the ball on to Rodrygo, who won the penalty late on.

The goal drought is over for the French superstar, just one night before arguably the biggest day of his footballing career. Had another goal in the second half that was ruled out due to an offside. Worked tirelessly defensively and surely looked back to his very best. Was taken off for Marco Asensio late on

Would have been smacking his lips at the prospect of running at Barcelona right-back Sergi Roberto tonight. The Brazilian wrecked havoc right from the first minute and the rebound from his blocked shot was slotted home by Benzema for the first goal.

Played a crucial role in the second goal as well, with an excellent run before releasing the ball for Ferland Mendy to tee up Fede Valverde. Taken off for Rodrygo in the 84th minute.

Came on for Luka Modric in the 78th minute. Did not make much of an impact.

Came on in the 84th minute and won a penalty for his side that he eventually slotted home.

Came on too late to make an impact.

Came on too late to make an impact 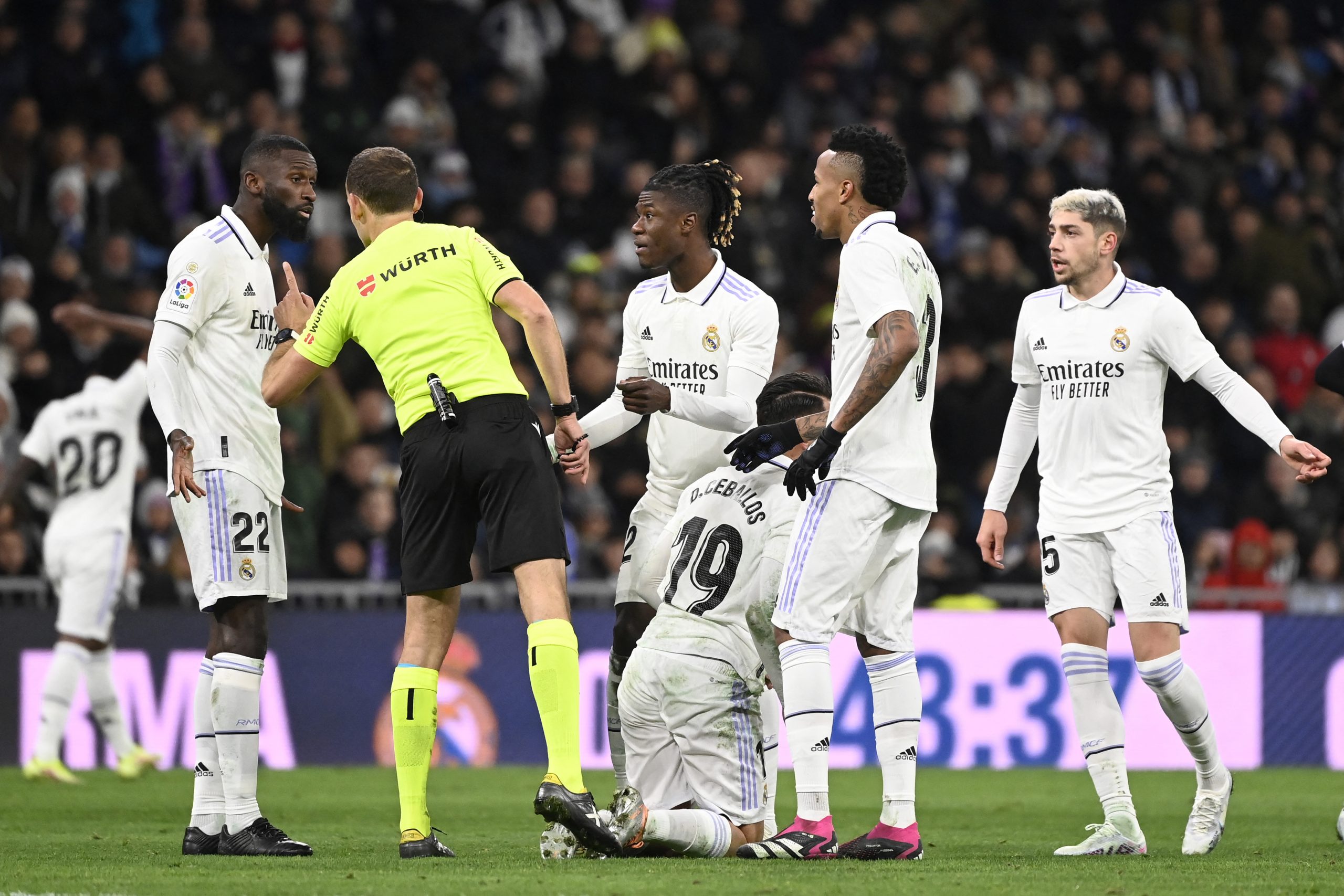