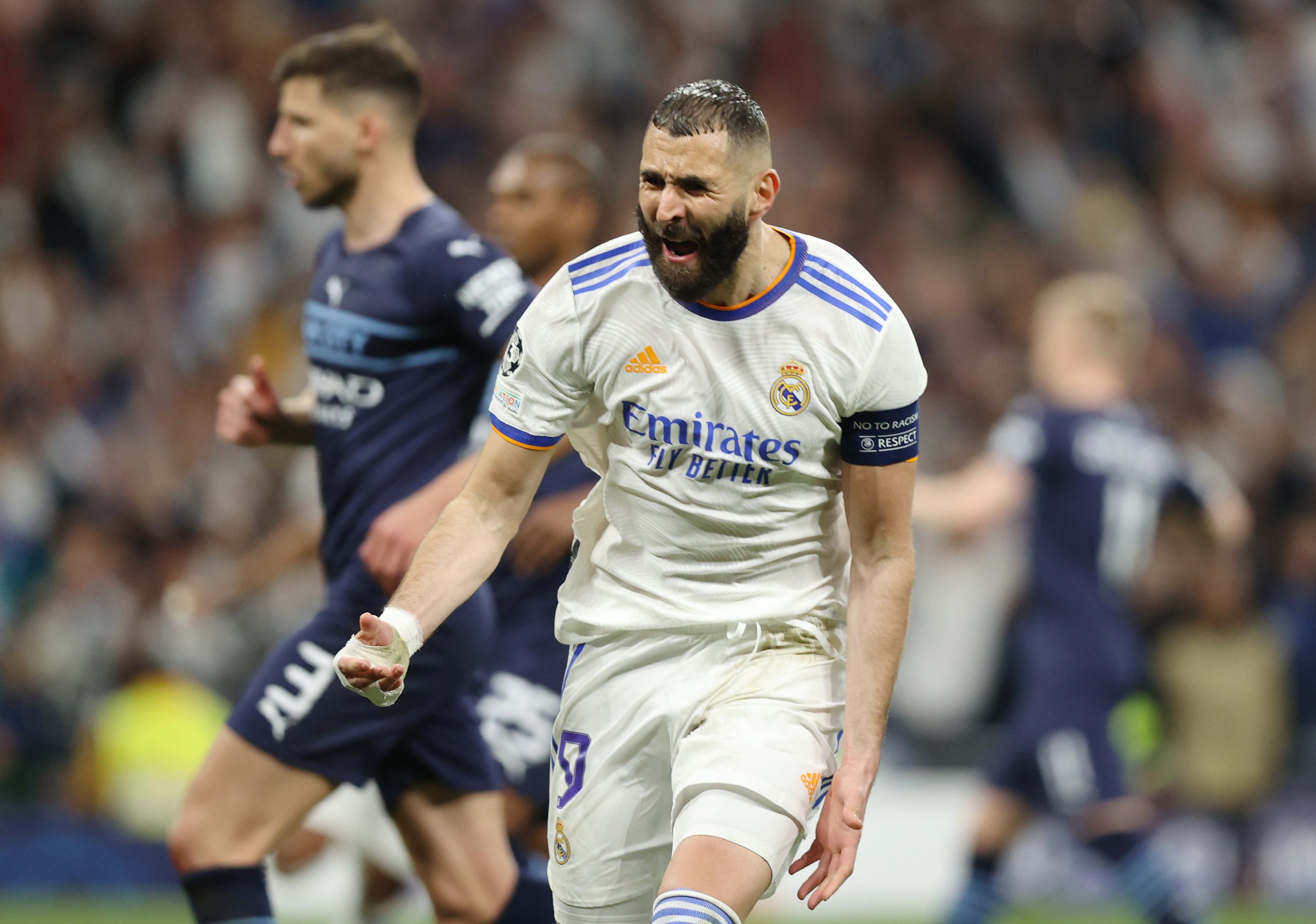 The Santiago Bernabeu has been witness to back-to-back Champions League come-backs this season. The trend began with Real Madrid’s scintillating win over PSG that saw them overcome a deficit to earn a place in the quarterfinals.

Weeks later, they repeated their heroics against Chelsea after they slipped into a losing position after a poor first half.

When Manchester City visited the Bernabeu with a one-goal lead on aggregate, one expected Ancelotti’s side to capitalise on the home advantage to secure a comeback.

The newly crowned La Liga champions had two novelties in their starting lineup: Nacho at centre-back and Federico Valverde over Rodrygo in the attack.

From the get-go, Pep Guardiola’s side took control of proceedings. Karim Benzema had a half-chance in the fourth minute, but it was the Premier League side that had the better and more frequent openings.

Manchester City’s first big chance of the night arrived in the 15th minute when Kevin de Bruyne cut in and shot from distance. The ball was well-struck but was straight into the hands of Courtois.

The Bernabeu held its breath in the 18th minute when Los Blancos had an excellent chance to equalise. Ruben Dias’ clearance fell at the feet of Vinicius Jr, who attempted a direct shot on goal. Unfortunately, his effort went over the bar.

Bernardo Silva’s volley seemed set to glide past the Belgian goalkeeper and into the top corner in the 20th minute until the Real Madrid shot-stopper made an incredible effort to deny it. Minutes later, Gabriel Jesus blew his chance to give City the lead too.

The last big chance of the first half, too, fell to the English outfit when Phil Foden tried his luck on goal. Despite taking a sharp shot, he was denied by Courtois who parried the ball away.

The second half got off to a bright start for Real Madrid who should have tied the score on aggregate as early as the 46th minute. Vinicius Jr had the goal at his mercy but failed to put the ball in the net.

Five minutes into the second period, Courtois was forced to make another save to keep Los Blancos in the game.

There was mayhem in the Manchester City box when Ederson failed to collect the ball after making a charge. Kyle Walker and Rodri scrambled back and cleared the danger for their side, but Real Madrid should have had their first goal.

The most significant moment of the game eventually arrived in the 73rd minute. Bernardo Silva combined with Riyad Mahrez to set the latter free inside the box.

Mahrez did not hesitate to shoot the first time, and his effort rocketed past Courtois at the near post to give City a two-goal cushion on aggregate.

Benzema’s offside effort was saved by Ederson in the 82nd minute, and any hopes of a comeback slowly began to fade away for Los Blancos. As Real Madrid progressively found themselves under more pressure, City began to flourish.

The visitors almost scored a second goal on the night when Grealish put a shot past the Belgian international. However, Ferland Mendy cleared from off the line to keep his side in the game.

A glimmer of hope arrived in the 90th minute when Karim Benzema found Rodrygo inside the box with a clever pass. The Brazilian put the ball past Ederson to put Real Madrid within touching distance of a comeback.

Seconds later, the hosts completed another incredible comeback. Daniel Carvajal put a cross into the box, and Rodrygo rose into the air to score again. The score read 5-5, and the game was well and truly back alive.

Benzema tried his luck on goal in the first minute of extra-time, but could not put much power behind his strike.

Yet, the Frenchman did not give up and won his side a penalty just a minute later. He won the ball cleanly in the box before being taken down by Ruben Dias.

From the spot, he struck the ball clean as a whistle into the bottom right corner. Real Madrid led for the first time in the game, and the scoreboard read 6-5.

Fernandinho came close to scoring an equaliser in the final minute of the first half of extra time but could not stretch enough to seal the goal. The visitors struggled to find another goal on the night, and Real Madrid made it to the finals of the UCL.