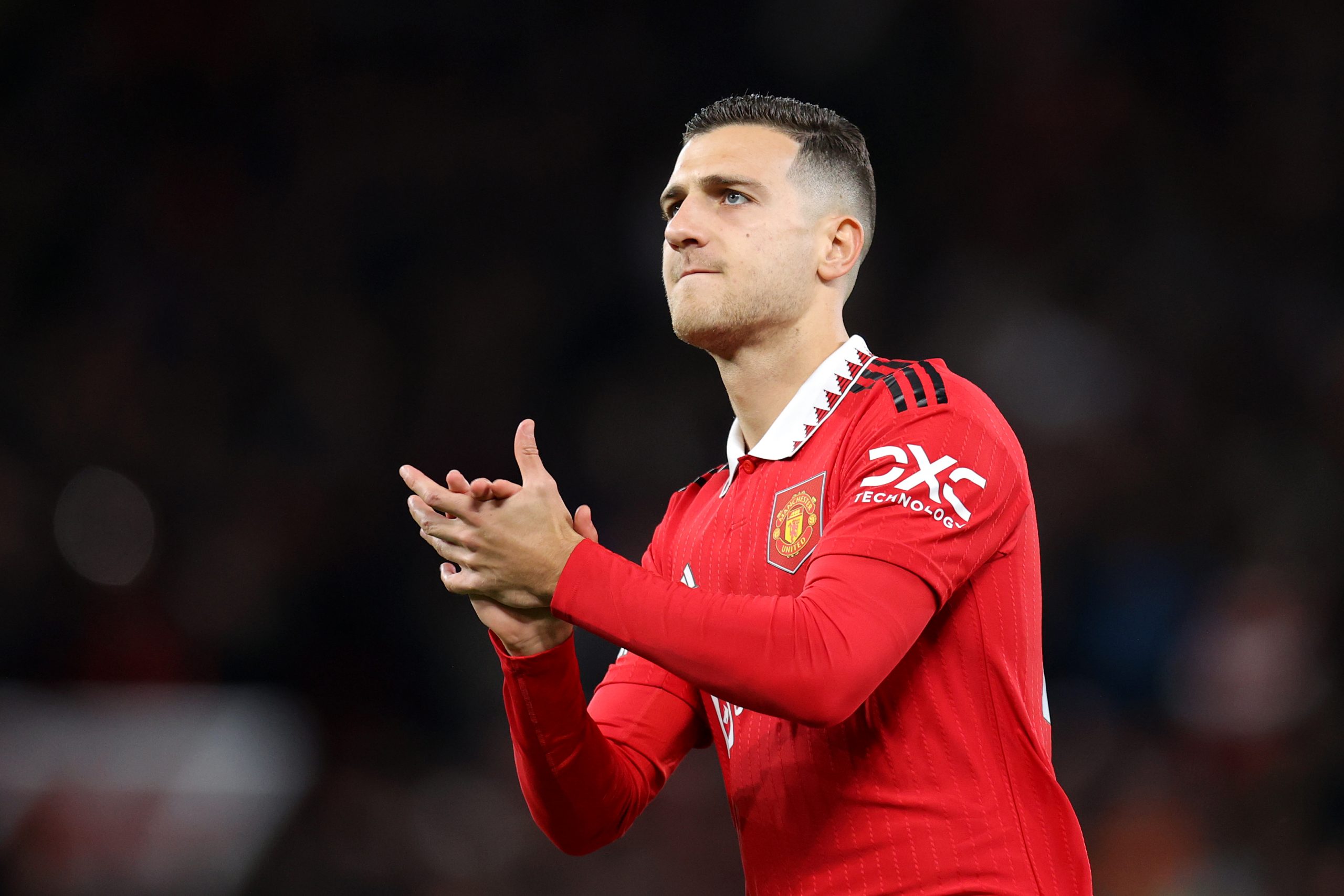 Real Madrid have set their sights on Manchester United right-back Diogo Dalot after being rebuffed in their attempts to land Joao Cancelo from Manchester City. But they will likely face competition from arch-rivals Barcelona in the race.

This claim comes from the Mirror, who state that manager Carlo Ancelotti has asked the club to sign a new full-back who has experience at the highest level but also has plenty of years left ahead of him.

Cancelo, to that end, had emerged as the top target for Real Madrid. But, the reigning champions of Spain and Europe have been told to forget any hopes of landing the Portuguese international from Manchester City.

It has led to the Merengues moving on to the next name on their list, which is Cancelo’s compatriot and Manchester United star Diogo Dalot.

The 23-year-old has grown into a regular in the first-team setup at Old Trafford over the past year, following the sacking of Ole Gunnar Solskjaer. Having featured regularly under interim boss Ralf Rangnick last season, he has continued to be the first-choice right-back under Erik ten Hag.

Dalot has been at Manchester United for four years now, out of which he spent a season out on loan at AC Milan. So, he has plenty of top-level experience, while his age means that the defender still has many years left in the tanker, thus fitting Ancelotti’s requirements.

The report claims that Real Madrid have been watching Dalot regularly in the last few months and have been left impressed by the Portuguese international, both professionally and personally.

What makes him an even more attractive prospect is the fact that Dalot’s current contract with Manchester United expires in 2023. The Red Devils have the option to extend it unilaterally by one more year, which they are expected to trigger.

However, the former FC Porto ace’s agent has confirmed that, as things stand, the right-back will not sign a new contract with the Premier League giants. Such a situation could compel United to sell Dalot in the summer of next year.

In that scenario, Manchester United could demand a sum of at least £35 million for Dalot. Although Barcelona are also keen on the defender, Real Madrid will be in a better financial position to meet the asking price.

Ancelotti currently has Dani Carvajal and Lucas Vazquez as options at right-back. However, both are in their thirties and the latter has endured fitness problems over the last year.

So, investing in a new, proven player in the position could be a prudent move on Real Madrid’s part. Whether they go after Dalot with more intent will be interesting to see.