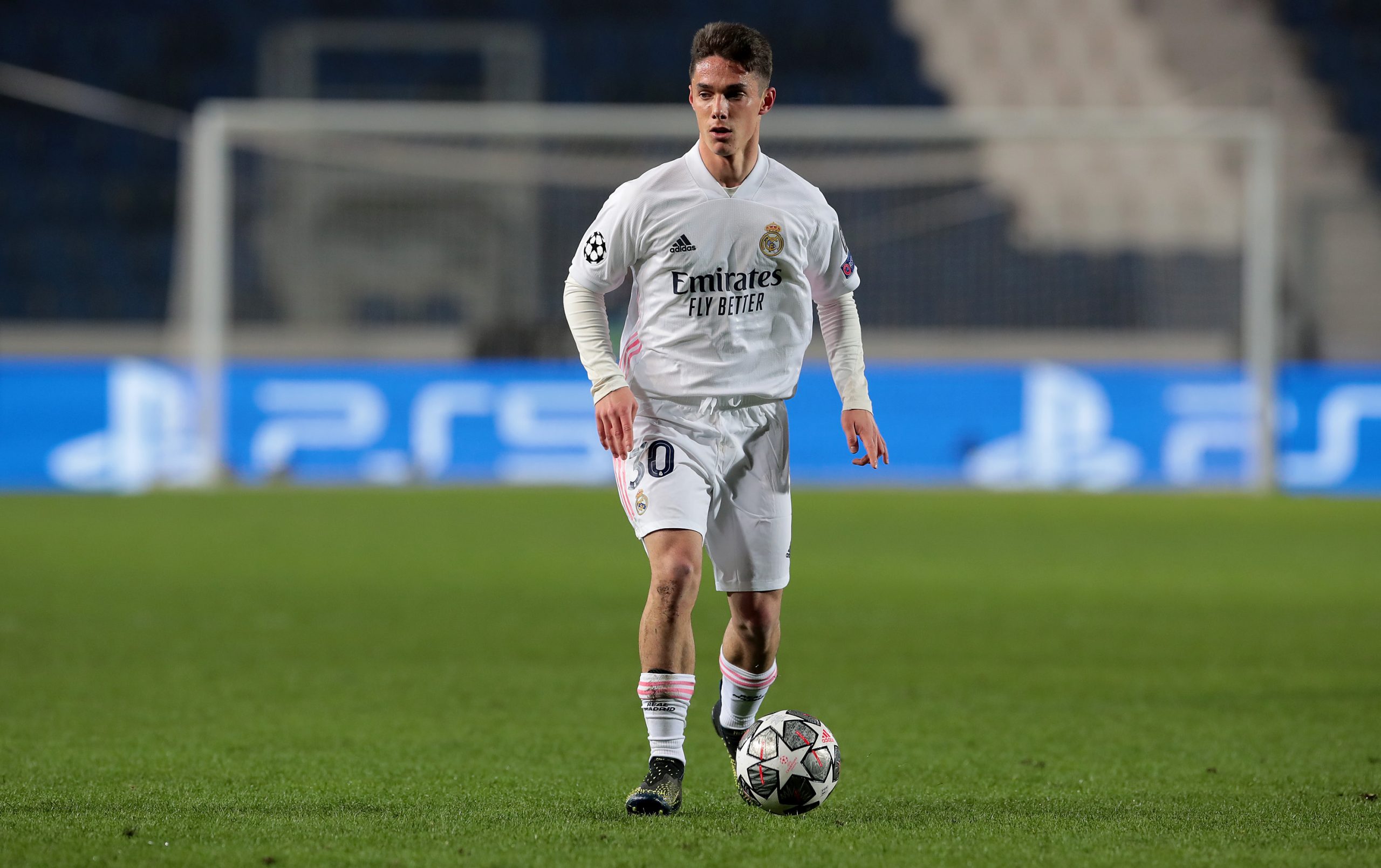 Midfielder Sergio Arribas is one of the players who could leave Real Madrid in the summer transfer window. According to what Spanish news outlet MARCA has reported, several La Liga teams have shown interest in the 20-year-old and a certain Getafe are one of them.

For now, Real are not ruling out any transfer and are listening to every offer that has come along despite the fact that he recently signed a new and improved two-year deal with the team.

Arribas has been with Real since 2012 when he joined their La Fabrica after playing for  CD Leganes and CDE Benito Perez Galdos.

In 2020, the young midfielder was promoted to Real Madrid Castilla and in the same year, he went on to make his senior debut, coming on as a late substitute for Vinicius Junior against Real Sociedad.

To date, he has played a total of 10 matches for the senior team. Although he is yet to open his account for them, he did score five goals for Real Madrid Castilla in 16 outings during the 2021-22 season.

Getafe have been actively scouting Real’s talent of late. Having already signed Borja Mayoral on a five-year deal, they are currently negotiating for Juanmi Latasa.

The 21-year-old forward was expected to replace Karim Benzema in the first team setup, but lack of minutes during the pre-season has forced him to assess his options.

Before the pre-season, Rayo Vallecano and Real Valladolid both came up with an offer, but the forward decided to wait and hear what Carlo Ancelotti had to offer.

The aforementioned outlet has confirmed that Real and Getafe are negotiating a permanent transfer, with the former retaining 50% of the forward’s rights.

Although a simple loan move is also a possibility, it must be noted that Real will also include a buy-back clause in case of a permanent transfer.