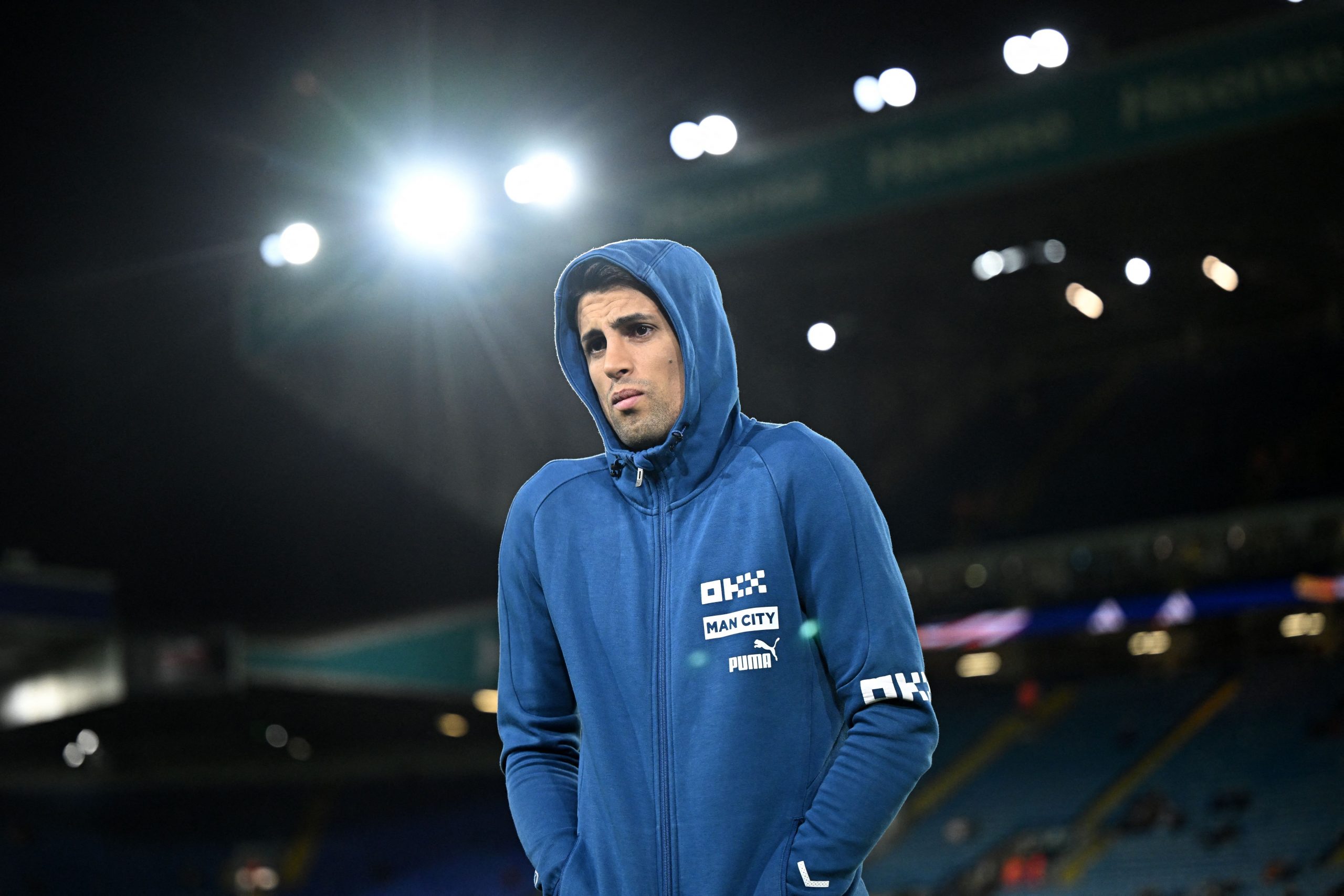 Joao Cancelo has seen his importance in the Manchester City setup recede in recent weeks and according to reports, as relayed by Mundo Deportivo, Real Madrid are among a host of top clubs across the continent keeping tabs on the full-back’s situation.

Cancelo joined Manchester City in 2019, as part of a swap operation that saw Danilo move the other way to Juventus. After a slow start to life in England, the Portuguese international grew into one of the best full-backs in the Premier League.

Thriving in Pep Guardiola’s system where he was asked to perform as an inverted full-back at times to create numbers in midfield or push forward to join the attack, Cancelo succeeded, even when deployed on his unnatural side on the left.

However, of late, Cancelo has seen his game-time at the Etihad Stadium take a hit. Since the restart of the season after the World Cup, he has started just one Premier League game in which he was taken off at half-time.

The 28-year-old did not start in the FA Cup win over Chelsea either, leading to speculations that the right-back is unhappy with his situation. And it has led to clubs across Europe taking note of the matter, with Real Madrid among the clubs attentive to this development.

Among the priorities for Los Blancos next season is the need to refresh their options in the full-back positions. Dani Carvajal and Lucas Vazquez are both in their thirties and the former has had fitness issues while the latter is not a natural full-back.

Ferland Mendy is the only left-back available at Carlo Ancelotti’s disposal currently, given David Alaba’s preference to play as a centre-back. And the Frenchman himself has not been entirely convincing either, leading to doubts about his future.

Given the circumstances, a move for Cancelo could make a world of sense for Real Madrid. He is in his prime years, has a world of experience at the highest level and has been a part of title-winning teams at the Etihad.

Furthermore, his ability to play as a right-back and left-back would be a major advantage for the Spanish champions as well.

Cancelo’s contract with Manchester City runs until the summer of 2027, with the defender signing a new contract last year. However, the Cityzens are known to not stand in the way of a player if he wants an exit.

Should he push for a move in the summer, Cancelo is likely to cost €60 million, as per the report. Whether there is any development on this front in the coming months will be interesting to see.