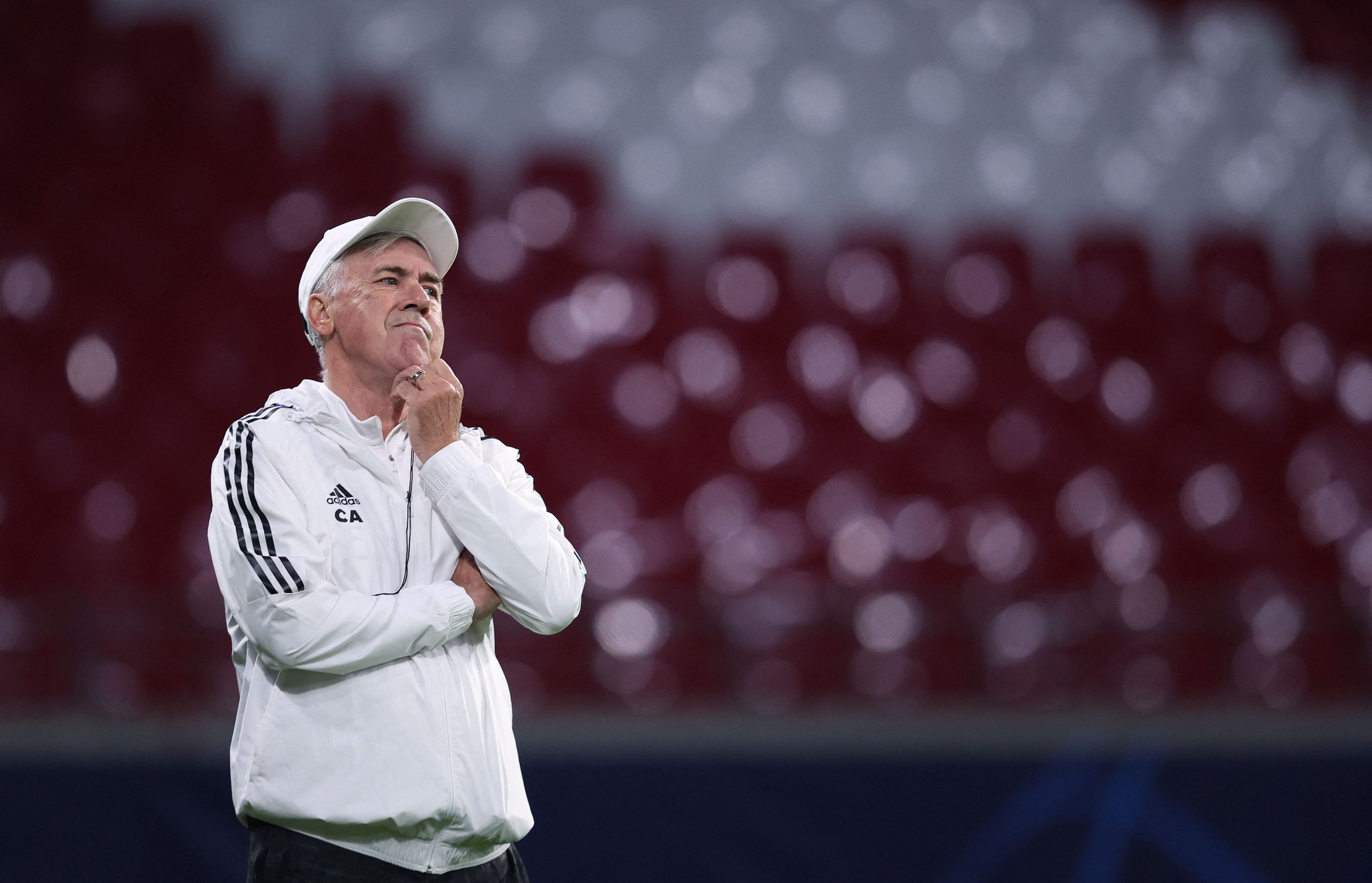 In the aftermath of Real Madrid’s disappointing defeat to FC Barcelona in the finals of the Spanish Super Cup, there is a serious concern among the fans about the team’s drastic dip in form witnessed over the past few months.

At the same time, there are also question marks about the depth, or lack thereof, in the squad in certain positions. With Karim Benzema struggling with injuries, Real Madrid have no natural backup for him in the No. 9 role while Ferland Mendy is the solitary left-back at Carlo Ancelotti’s disposal.

Reports earlier today suggested that the manager, who publicly maintains that he does not want any new players, had privately asked the club to sign a new striker and a full-back, only for it to be shot down by Los Blancos.

Building on that, AS (h/t Madrid Xtra) is now reporting that Real Madrid CEO Jose Angel Sanchez has told the coaching staff to make the most of the current squad and utilise Castilla players instead of requesting new signings.

It must be noted that Ancelotti has pretty much frozen out the likes of Alvaro Odriozola, Mariano Diaz, Jesus Vallejo, and Eden Hazard this season and hardly counts on the quartet.

At the same time, the Italian has also been very reluctant to bring up players from the Castilla setup even though there are several prospects making a strong impression.

Sergio Arribas, for one, has been a bright spark for Raul Gonzalez’s side and has been knocking on the first-team door for a while now.

Vinicius Tobias is another player who could provide fresh legs in the right-back department, especially with Dani Carvajal struggling to perform at his best level, as was witnessed last night when he was outclassed by Barcelona’s 19-year-old left-back Alejandro Balde.

What seems to be clear is that Real Madrid will not be rushed into making panic buys in the January transfer window. So, it will be up to Ancelotti to make the most of the resources at his disposal and utilise the talent coming through the Castilla ranks more effectively.