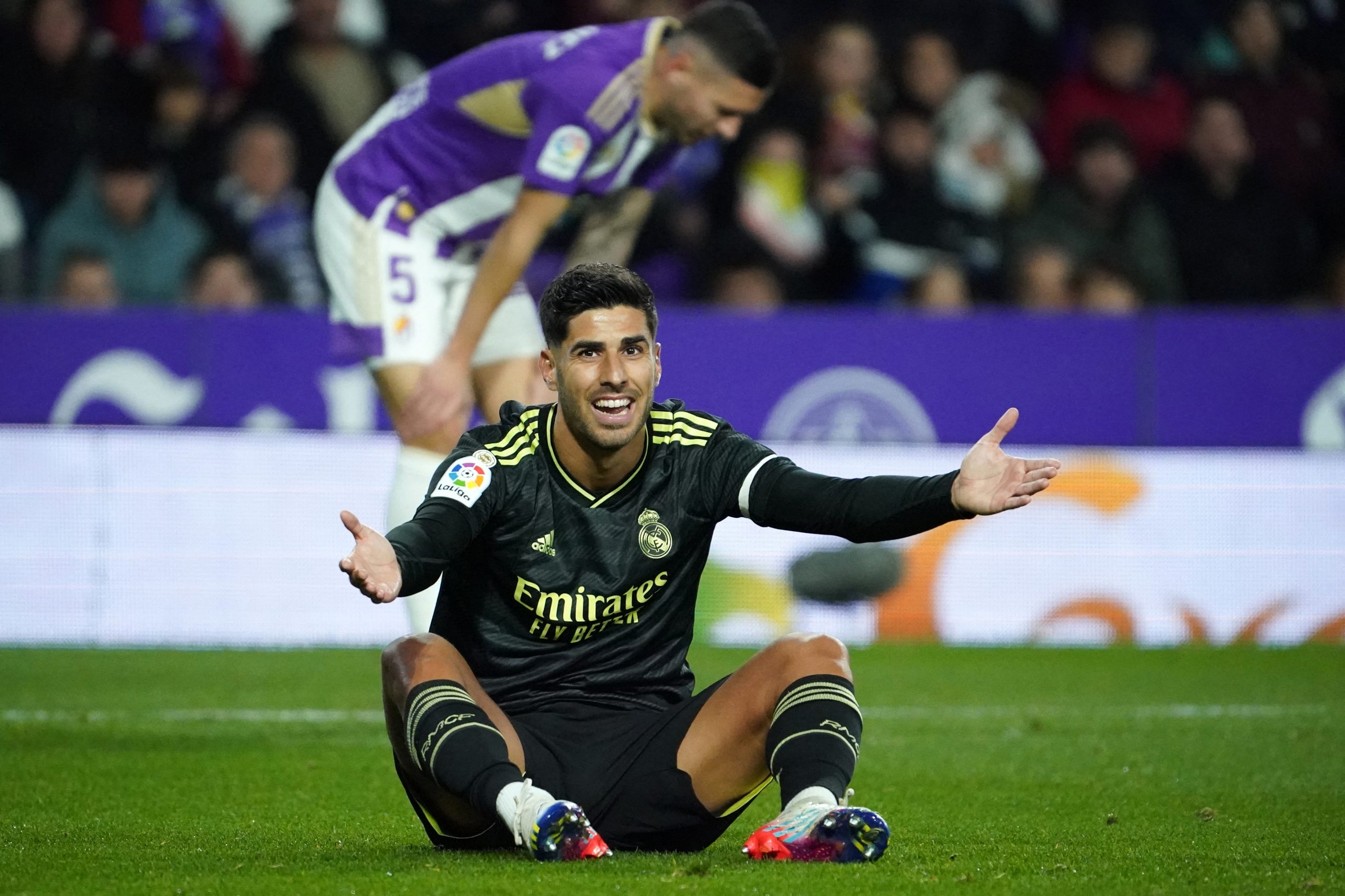 With less than six months left on his contract at Real Madrid, Marco Asensio is staring at an uncertain future at the Santiago Bernabeu.

The winger, who is celebrating his 27th birthday today, has been at the club since 2015, when he arrived from RCD Mallorca. But there is no certainty that he will remain at the club beyond the ongoing campaign, as his contract edges closer to expiry.

Real Madrid negotiated a new deal with the winger last summer, but the downward renewal offered did not please the winger. When he changed his agent to Jorge Mendes, it was widely expected that he would leave the club, but with no offers forthcoming, he stayed put.

Having seen his game-time severely regulated in the early parts of the season, Asensio slowly gained some semblance of importance in Carlo Ancelotti’s plans.

Now with less than six months left on his deal, AS (h/t Madrid Xtra) is reporting that Real Madrid are certain about wanting to offer him a new deal, while the player himself is keen on staying put at the Santiago Bernabeu.

“Things are being discussed, we’ll see where it goes. I’m focused on myself and the next game. Hopefully, everything will come to fruition,” Asensio had said after the midweek game against Villarreal.

However, the sticking point in negotiations could be that Asensio is seeking a key role in the team, which cannot be guaranteed at this point.

After all, the Spanish international is currently behind Vinicius Jr, Rodrygo Goes and even Federico Valverde when it comes to the pecking order on the flanks.

Furthermore, Real Madrid plan to bring back Brahim Diaz next season and see him as a viable option for the right wing, which could further impact Asensio’s role.

It remains to be seen how the negotiations between the 27-year-old and the club progress in the coming weeks and months as they look to come to an agreement over a new deal.