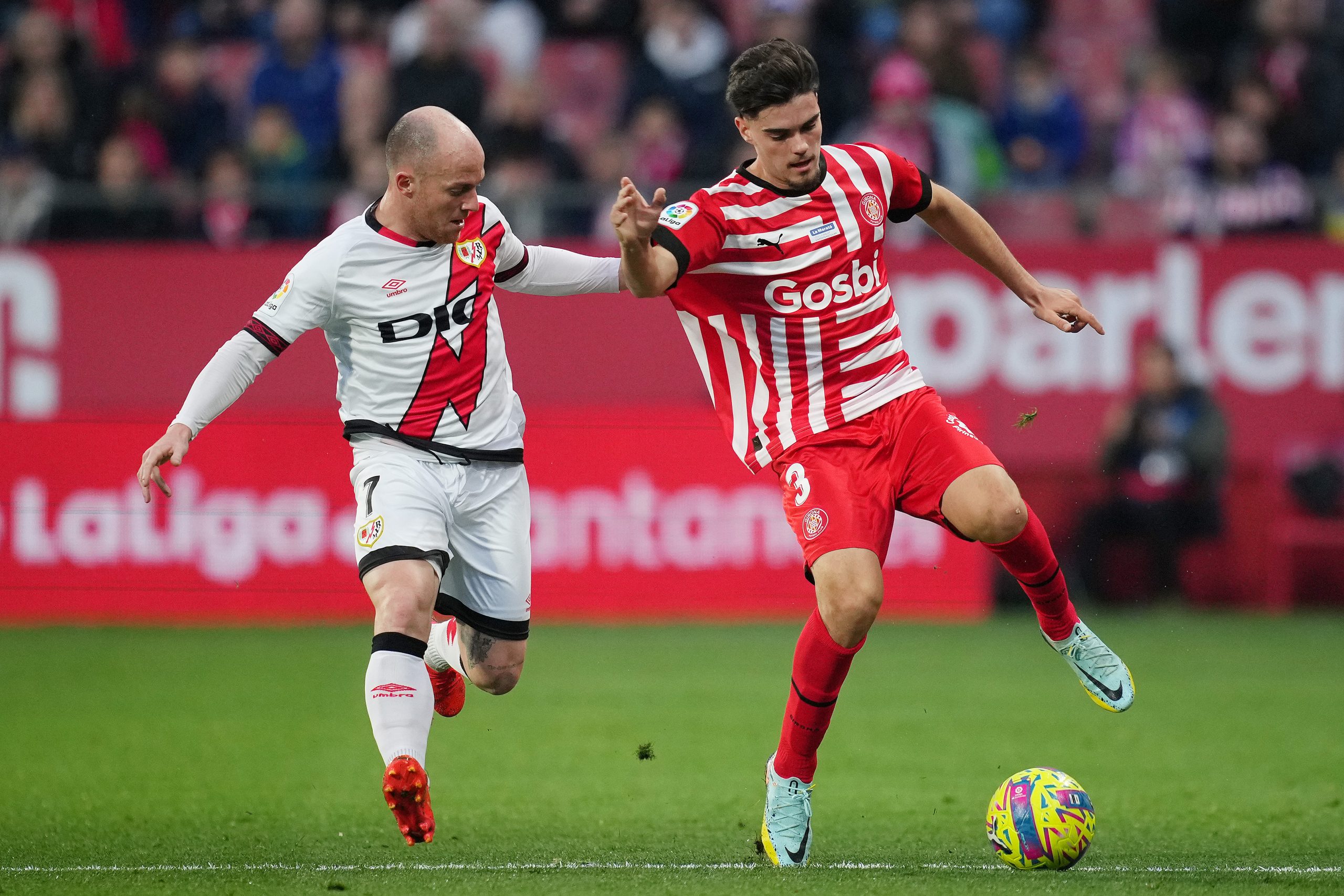 Miguel Gutierrez was one of several academy products that Real Madrid parted ways with in the previous summer transfer window. The young left-back signed for Girona after having found game-time hard to come by under Carlo Ancelotti at the Santiago Bernabeu.

However, according to MARCA, Real Madrid are carefully tracking the progress of the 21-year-old Gutierrez as they could consider re-signing him in the future.

Since joining Girona, the left-back has grown into an important player for the club, featuring in 15 of their 16 La Liga matches along with two Copa del Rey encounters. In total, he has accumulated 1274 minutes of action across 17 matches and has registered three assists.

Real Madrid have always rated Gutierrez highly but the youngster could not find continuity under Ancelotti last season, who preferred to use Ferland Mendy and Marcelo at left-back.

Following Marcelo’s departure this past summer, there was a window of opportunity for the 21-year-old, but the management decided to sell him and he is making the most of his opportunity at Girona.

As per the report, Real Madrid received a fee of €4 million from Girona, for 40% rights of the player. Meaning, Los Blancos still retain 60% of the rights on Gutierrez and could bring him back in the future for a reasonable fee.

“He is a player that we are evaluating for the future, he can return if he does well,” Ancelotti had said int he past, as quoted by MARCA.

And, hence, they are keeping a close track of his development and progress at the Catalan club.

With Ferland Mendy not performing at the desired level consistently and there being no viable backup at left-back at the moment, Real Madrid are expected to invest in a new player in the position.

Another former academy man, Fran Garcia, who plays for Rayo Vallecano, has been identified as a target.

But, if Gutierrez continues to excel at Girona over the coming months, it might not be too long before Real Madrid consider bringing him back.