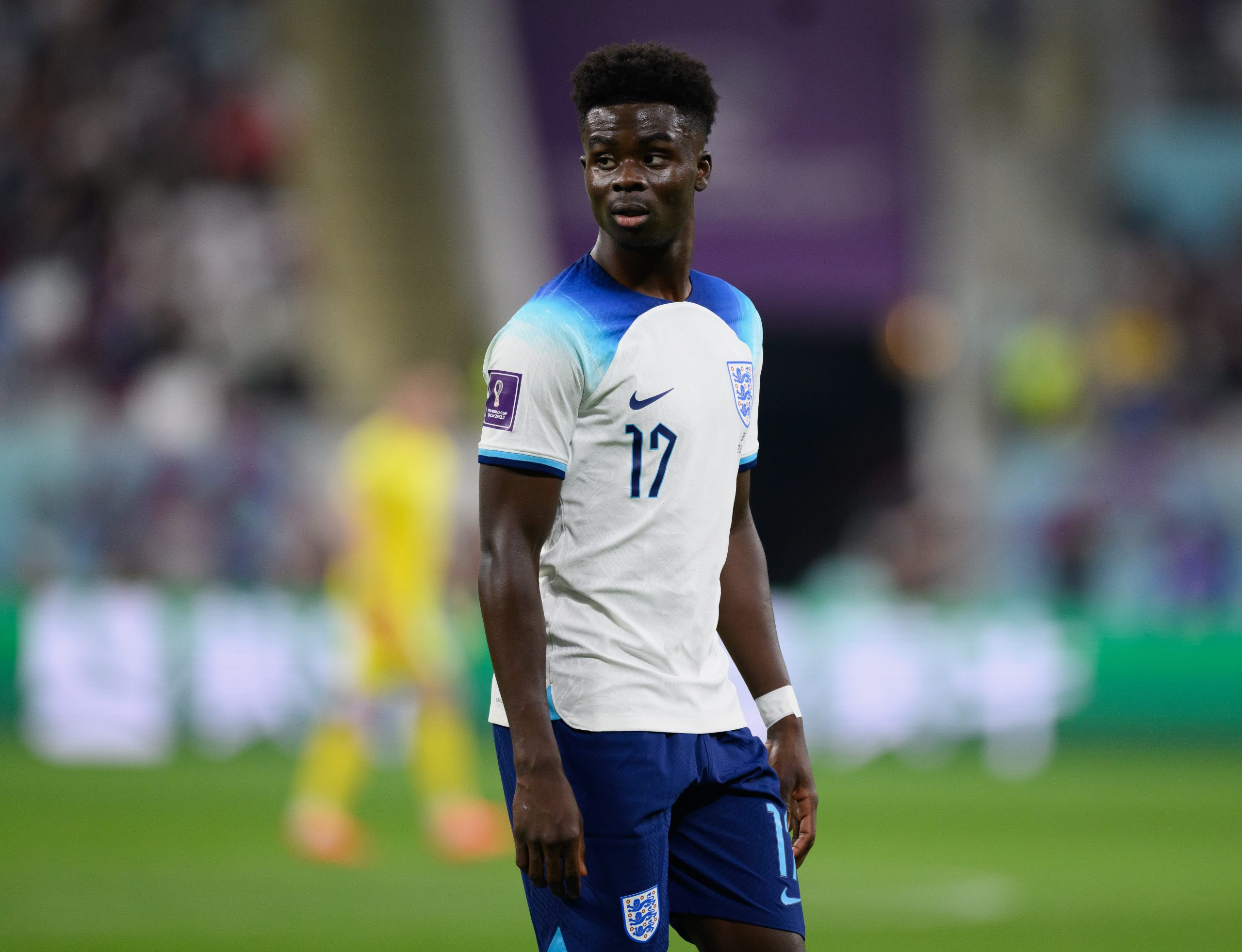 Real Madrid have a rich history of splashing the big bucks on players who star at World Cups. The likes of Ronaldo, Fabio Cannavaro, Mesut Ozil, James Rodriguez and Thibaut Courtois are some of the names that Los Blancos signed in the transfer windows immediately after a World Cup.

So, with the quadrennial football event underway in Qatar currently, Real Madrid are once again keeping their eyes glued to the tournament to identify and sign the next breakout World Cup star.

And according to a report from SPORT, Real Madrid have their sights set on Arsenal forward Bukayo Saka and Manchester United right-back Diogo Dalot at the World Cup and are closely watching their performances.

Both players have been linked with a move to the Santiago Bernabeu in the past, although it has not materialised into something significant. But, as per the report, Los Blancos are monitoring both Saka and Dalot at the World Cup.

Saka has already made a splash at the World Cup, bagging two goals in England’s thumping 6-1 win over Iran on Monday. The 21-year-old’s contract with Arsenal expires in 2024 and the Gunners are believed to be ready to hand him a new deal.

Carlo Ancelotti has alternated between Rodrygo and Federico Valverde as his options on the right flank. But with Luka Modric and Toni Kroos in the final phase of their careers, Valverde will have to move to his natural midfield role moving forward, paving the way for a winger like Saka to arrive.

As for Dalot, he is in the final year of his contract at Manchester United, although the Red Devils have the option to extend it by twelve months, which they are expected to trigger. But, nonetheless, Real Madrid have the Portuguese right-back on their radar as a possible long-term heir to Dani Carvajal.

Apart from the duo, Real Madrid are also tracking priority target Jude Bellingham, who starred in England’s win over Iran alongside Saka.