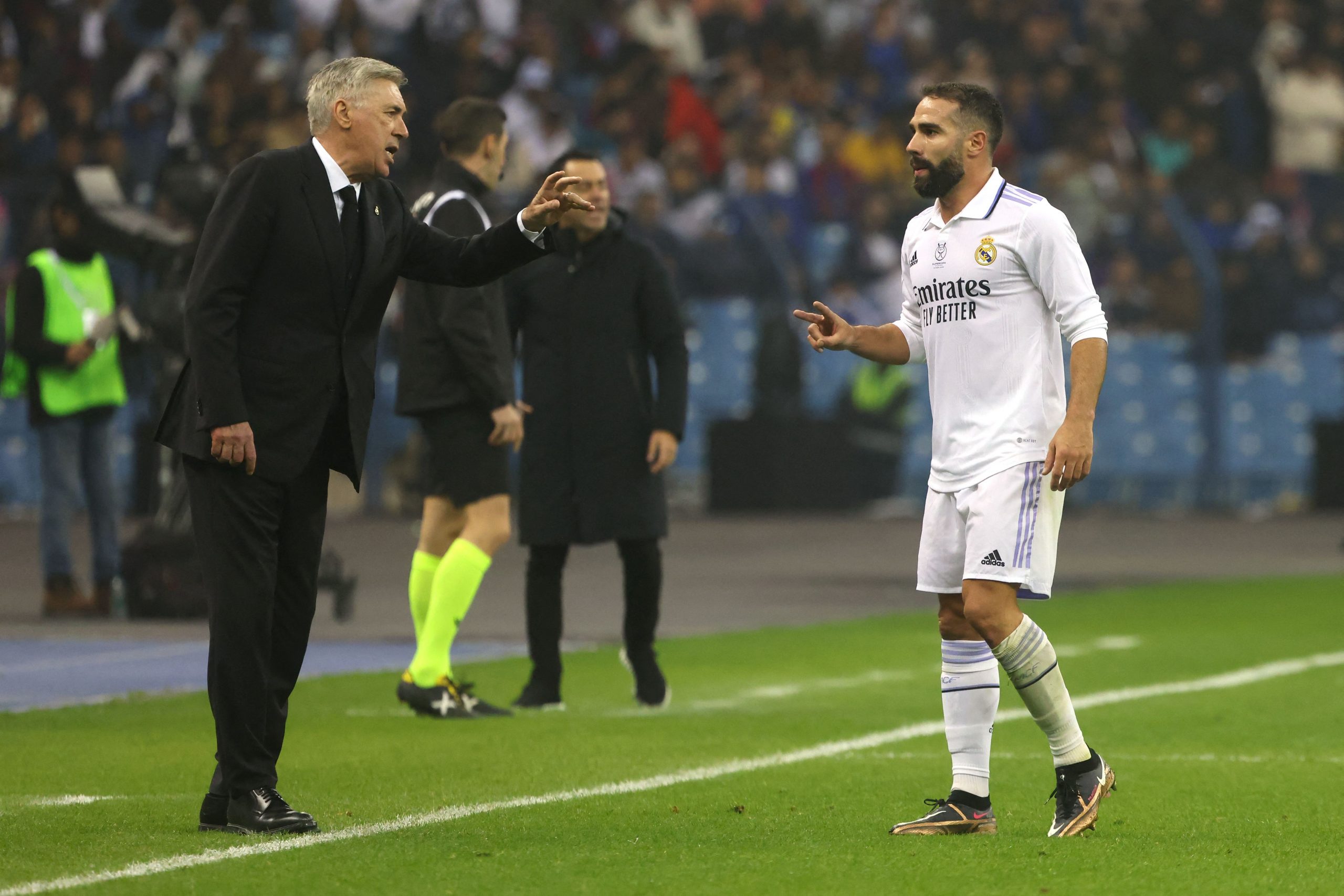 Last night, Real Madrid were completely outplayed as Barcelona beat them 3-1 to win the Spanish Super Cup. Carlo Ancelotti’s men looked devoid of any intensity and ideas in Riyadh and naturally, concerns are growing within the fanbase after the lackadaisical performance.

While reports suggest that Real Madrid are calm over the situation and retain total confidence in the manager and the players, a report for MARCA (h/t Madrid Xtra) claims that the Merengues are growing concerned over the performances of Dani Carvajal.

The 31-year-old right-back has been a permanent fixture in the right-back slot for years at Real Madrid, but has had fitness issues over the past couple of seasons.

While the Spanish international started the new season without any fitness problems but the injuries have started to crop up again and it has clearly affected his performances.

Last night, the veteran right-back was outclassed by a teenager in Alejandro Balde, who, along with Gavi, ran rings around Carvajal with utmost ease.

The Real Madrid right-back had just returned from an injury, having missed the Villarreal encounter due to a muscle overload. Whether he was rushed back into action or not, the Spaniard’s performance was a matter of concern.

Meanwhile, his understudy, Lucas Vazquez, is not even a natural right-back. While he may have done the job when needed, the winger-turned-defender might not be the solution for big games. Furthermore, he is also currently out with an injury.

So, it goes without saying that Real Madrid will have to bring in a new right-back come summer or at least consider making the signing of Vinicius Tobias permanent. The youngster has done well for Castilla, but Ancelotti continues to overlook the young Brazilian.

With Vazquez’s injury and Carvajal’s form, Tobias could get a chance in the coming weeks and it will be interesting to see whether the youngster is given a shot in the senior team.