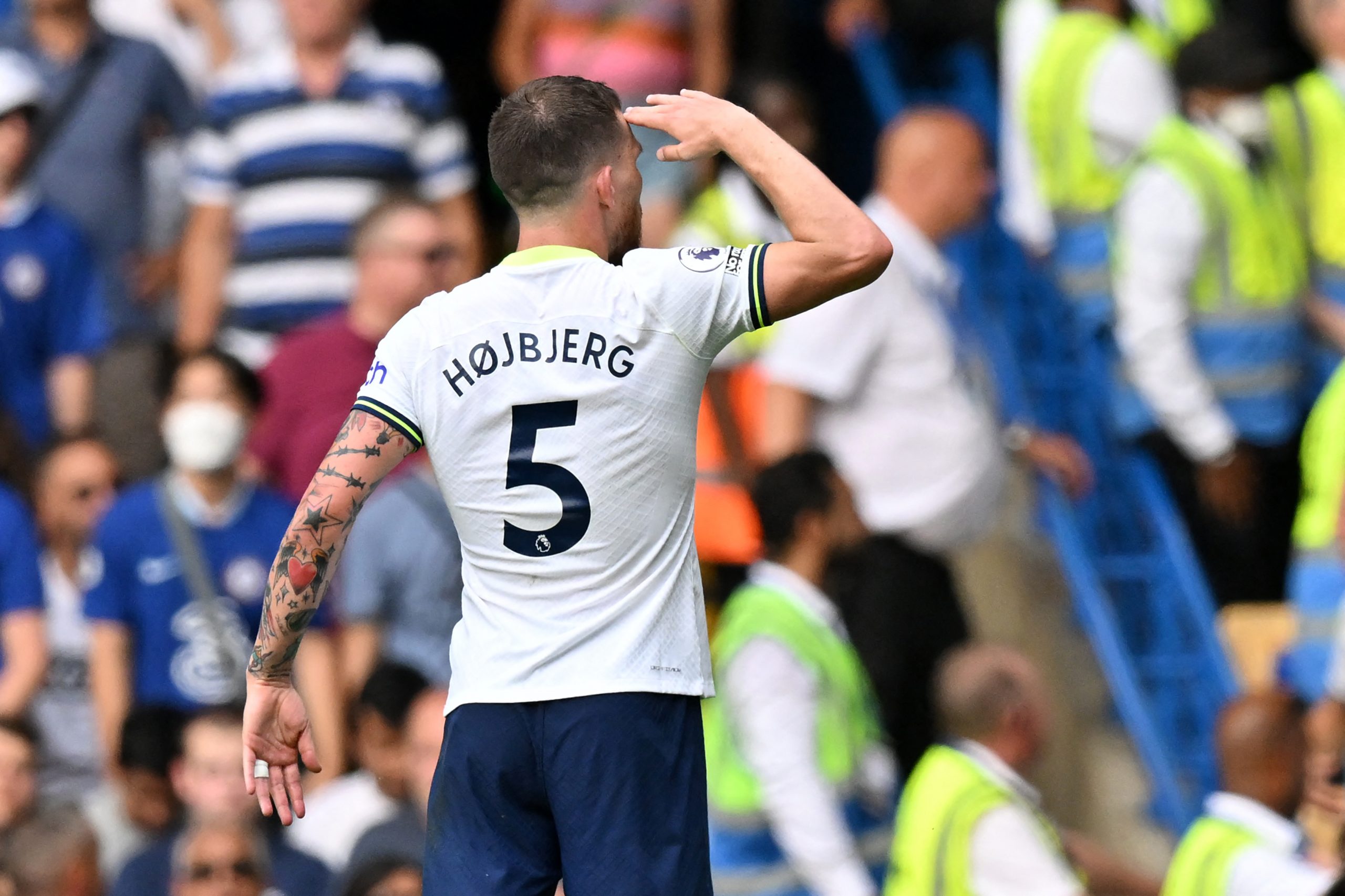 Casemiro’s move to Manchester United isofficial official at this point. Carlo Ancelotti, speaking during his pre-game presser, stated that the Brazilian was looking for a new challenge.

Real Madrid, out of respect, are open to the midfielder leaving, even if that means cutting back their squad. Ancelotti, for one, is happy with the options he has right now.

“Our midfielders now are Modrić, Kroos, Tchouameni, Valverde, Camavinga and Ceballos. 6 midfielders are enough for this season. They’re very very good,” he said.

Despite that, Telegraph claims Real Madrid are considering a move for Tottenham Hotspur midfield ace Pierre-Emile Hojbjerg, . Ancelotti is said to be a fan of the player, and tried to recruit him for Everton during his sting at Goodison Park.

The move will not be easy, though. The Danish international signed in 2020 on a five-year deal, and has three seasons left on his contract. He is also a key player for Antonio Conte, and will not allow the departure.

Further, Tottenham, led by Chairperson Daniel Levy, are tough negotiators. They have, in the recent past, sold two superstars to Madrid – Luka Modric and Gareth Bale -, for a combined total of around €140 million.

Rodrigo Bentancur and Yves Bissouma in the last six months, though, has increased competition for Hojbjerg. Oliver Skipp, too, had a bright start to last season, and is working his way into full fitness.

Even if Tottenham end up accepting an offer for the Danish midfielder, he will have to weigh up whether a move is the best option for him with the World Cup looming large.

It is said that Casemiro definitely considered it to be, especially after he was benched for Tchouameni against UD Almeria last weekend.

Hojbjerg was on target for Tottenham against Chelsea last weekend as the London derby called curtains at 2-2.