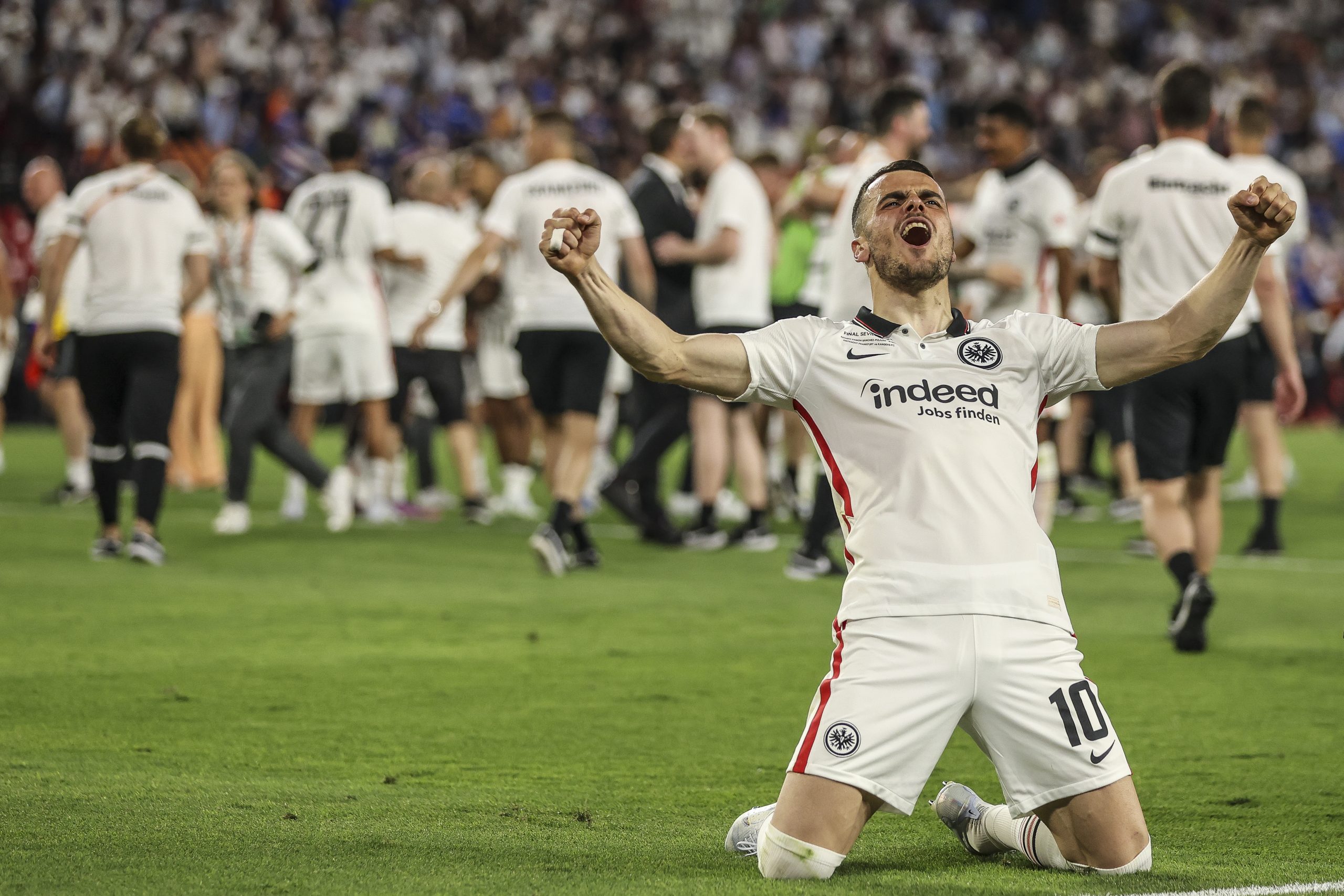 Real Madrid will take on Eintracht Frankfurt in the UEFA Super Cup Final on 10th August. Los Blancos represent the Champions League as winners, while the German outfit beat the likes of Barcelona en route to their Europe League win.

Frankfurt were, in no way, shape or form the favourites to win Europe League heading into the competition. In fact, they were not even expected to make it past Real Betis, who they faced in the Round of 16.

As is turned out, they beat Barcelona, West Ham, and then Rangers in the finals as they lifted the trophy. This was largely because of their astute attacking system, pressing regime, and of course, none other than superstar Filip Kostic.

The Serbian scored three goals and assisted four, including one in the final, through the campaign. Unfortunately, he is a huge doubt for Frankfurt heading into the Super Cup final.

Fabrizio Romano has reported that Kostic is closing in on the move to Juventus. The 29-year-old has already agreed personal terms with the Italian giants, and the negotiations with Frankfurt are in advanced stages.

With just one day to go before the game, there is a huge chance that Kostic could be unavailable for the final. And without the winger, Frankfurt’s attack will definitely be handicapped.

He is, by far and large, their best player. Real Madrid will be hoping that the move goes through before the big game, while the Bundesliga outfit will try to delay it for as long as possible.