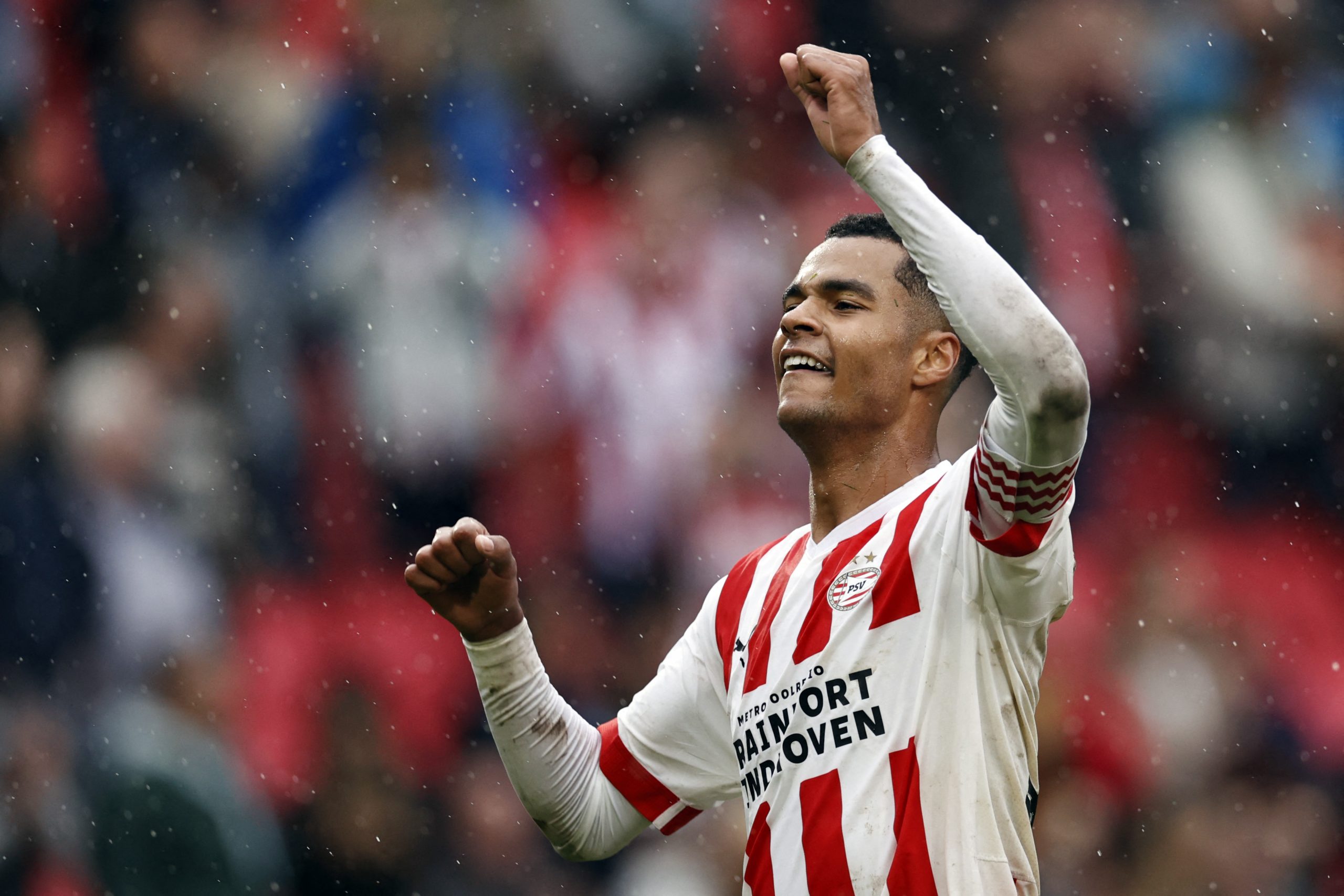 According to David Ornstein of The Athletic, Real Madrid are showing an interest in PSV Eindhoven winger Cody Gakpo, who is on the radars of Premier League clubs like Arsenal and Leeds United.

Gakpo has been performing exceptionally in the Dutch Eredivisie over the past year and a half and had been linked with an exit this past summer. The aforementioned Arsenal and Leeds United had shown a keen interest while Manchester United were also looking at him.

The Red Devils eventually ended up signing Antony from AFC Ajax, but Leeds, as well as Arsenal, are still looking at Gakpo as a potential option to strengthen their attacking ranks. However, they might have to contend with competition from Real Madrid.

The report states that sources close to the Dutchman’s situation are claiming that Real Madrid have emerged as a ‘potential destination’ for Gakpo.

Leeds were believed to be closing in on an agreement for the 23-year-old. However, his recent brilliant form, coupled with the Whites’ failure to kick on in the new season, have cast doubts over a move, as the player no longer favours a transfer to Elland Road. Amidst this, Real Madrid have emerged as an option.

Real Madrid could need reinforcements in the attacking unit for next season as it seems extremely unlikely that Marco Asensio will be handed a contract extension. Eden Hazard’s time at the club could also be coming to an end, after yet another underwhelming start to the season.

It would create vacancies in the wide attacking areas that someone like Gakpo could fill. The Dutchman is also capable of playing through the middle and could provide cover to Karim Benzema, who is not getting any younger.

Gakpo has made an excellent start to the 2022/23 season, having already plundered 13 goals and ten assists from 16 matches across all competitions. One of the most prolific forwards in Europe based on current form, he could be a fine addition at the Santiago Bernabeu.

However, with Leeds still trying to convince him and Arsenal also in the hunt, it remains to be seen if Real Madrid are prepared to enter the race for the Netherlands international.