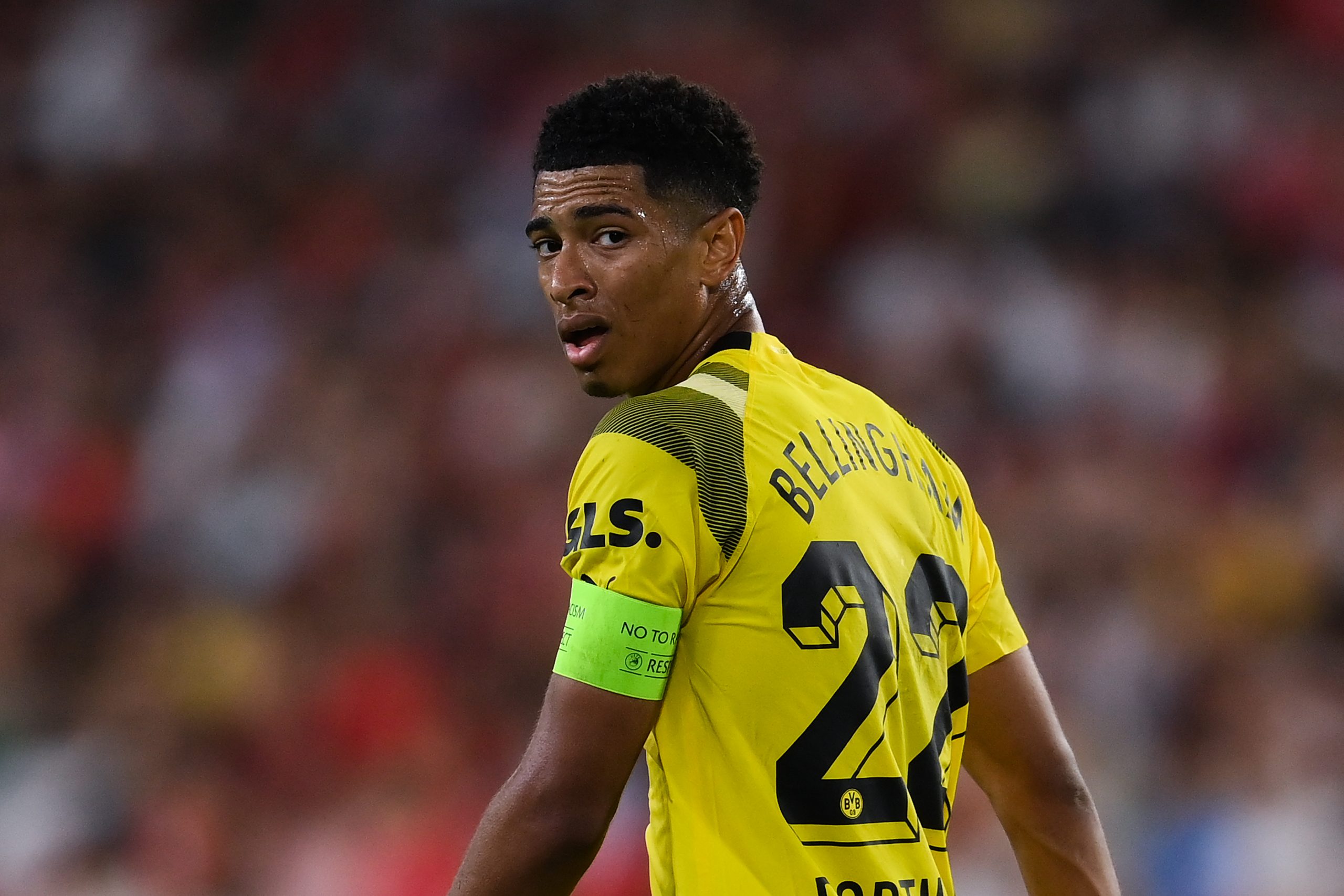 It is no secret that Real Madrid are eyeing a move for Jude Bellingham next summer.

With Aurelien Tchouameni and Eduardo Camavinga already settling in as the successors for Casemiro and Toni Kroos respectively, the Englishman is reportedly considered as the heir to Luka Modric’s throne.

A fresh revelation suggests that Los Blancos will face stiff competition from a whole host of clubs for their dream target’s signature.

As reported by The Athletic (h/t Madrid Zone), the likes of Liverpool, Manchester City, Chelsea and Manchester United are also interested in signing Jude Bellingham in the 2023/2024 season.

It has also been mentioned that with England no longer being a part of the European Union since Brexit, Carlo Ancelotti’s men were doubtful about signing the midfield dynamo, due to La Liga’s strict non-EU regulations.

However, the club’s worries have been eased recently, with Vinicius Jr. obtaining Spanish citizenship, which allows Bellingham’s arrival as a potential non-EU member of the squad.

Ultimately, the signing will be anything but easy as one can imagine that the draw of playing in the Premier League could tempt an English player.

Liverpool, United and Chelsea desperately need a midfielder to reinforce the centre of the park, while City may need a potential replacement for Bernardo Silva if he leaves next summer. As such, Los Merengues will certainly not have a free run at securing the youngster’s services.

However, the 19-year-old’s potential acquisition could mean Real Madrid have successfully overhauled their ageing midfield, with Eduardo Camavinga, Aurelien Tchouameni and Federico Valverde all being under the age of 25.

With Jude Bellingham’s unique ability to operate across the middle of the park, it is understandable why Real Madrid wish to sign a midfielder who may bring the full package to the Spanish capital.