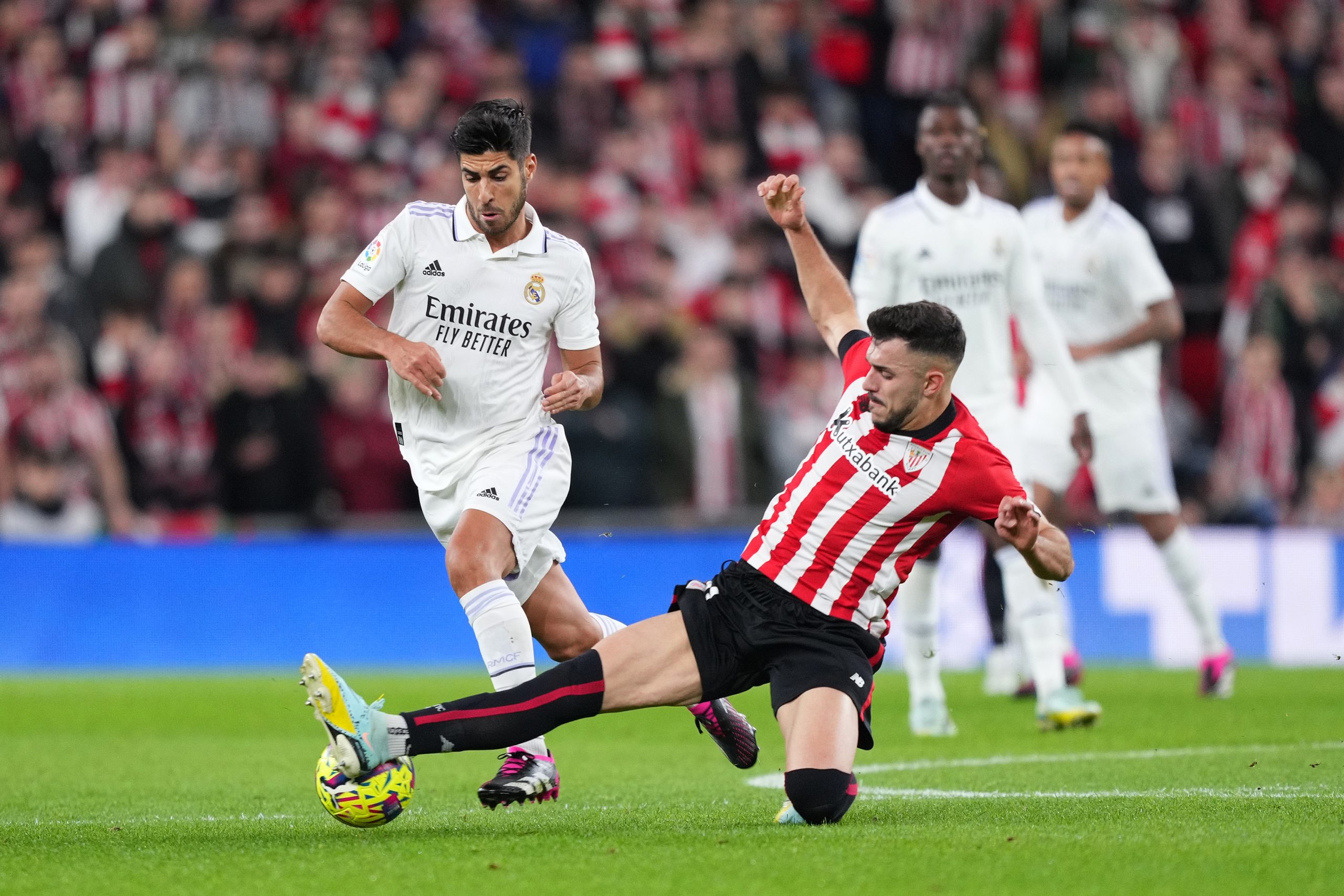 Marco Asensio is one of several Real Madrid players whose contract expires at the end of the ongoing season. It has given way to continued speculations over the 27-year-old winger’s future at the Santiago Bernabeu.

While reports suggest that Real Madrid are certain about their intentions to renew the Spanish international, an agreement is yet to be reached.

And, according to SPORT, Barcelona are showing a keen interest in Asensio’s situation and have discussed the possibility of signing him with his agent, Jorge Mendes.

The 27-year-old Spaniard had teased a possible move to Camp Nou in the past, but was dismissed the rumours in a later interview. He has stated that he wishes to continue at Real Madrid beyond the current campaign.

However, an agreement over a new deal is yet to be reached, with the player and the club not on the same page when it comes to his wage demands.

And Barcelona are attentive to the situation and have spoken about a move for Asensio with his agent, Mendes.

The Portuguese representative has a strong relationship with Barça president Joan Laporta and is already helping them on the potential signing of Ruben Neves from Wolverhampton Wanderers.

And should Asensio do not renew with Real Madrid, Mendes could facilitate his move to Barcelona come summer.

As things stand, the report states that the former RCD Mallorca winger, who could have joined Barcelona in 2014, is yet to make a decision on his next move, even though he has insisted about wanting to remain at Real Madrid.

So, the possibility of a renewal is on the table, along with a move to Barcelona and even a transfer to the Premier League. Everything will depend on how the contract negotiations between the two parties proceed in the weeks to come.