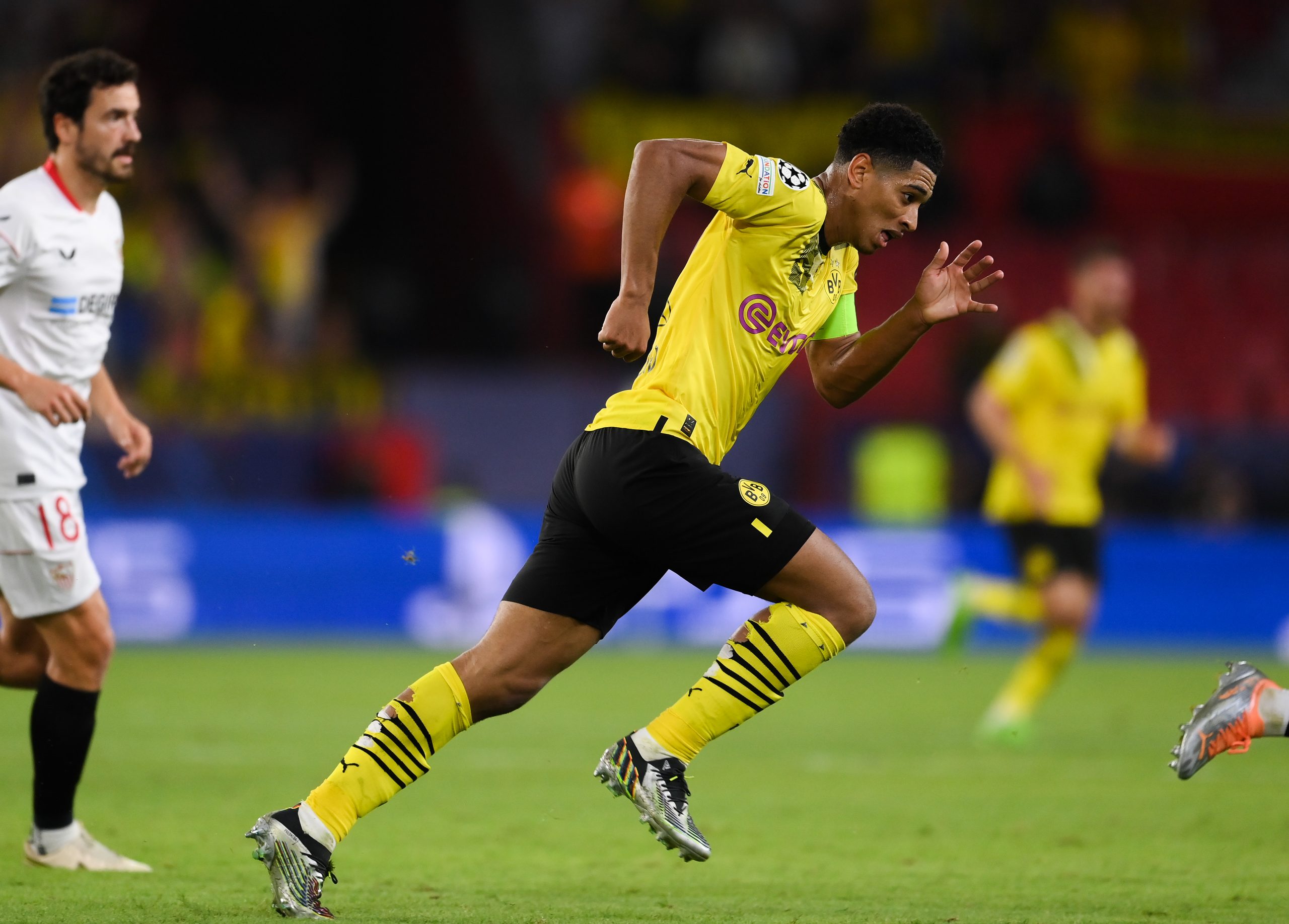 Real Madrid’s midfield has some of the finest young talents in world football.

In his short time at the club, Aurelien Tchouameni has shown to have what it takes to be a regular starter for the men in white. Eduardo Camavinga has been a force to reckon with off the bench. Meanwhile, Federico Valverde continues to go from strength to strength through his fearless performances.

However, that does not mean that the department is complete. With Luka Modric and Toni Kroos nearing the end of their stellar careers, Los Blancos want to make one more big-name signing to beef up their department and set them apart.

According to reports from MARCA, Real Madrid are in pole position to sign Jude Bellingham from Borussia Dortmund next summer. The young midfielder, who is also a target for Liverpool, is seen as the chosen one to be the team’s next big signing.

Los Blancos feel that they need more playmaking in the middle of the park and know that it is impossible to find a direct replacement for either Toni Kroos or Luka Modric. Hence, their plan is to go after the best available talent and Bellingham fits that bill.

The European champions have told the English international that it is now or never to tempt him to join the club.

So far, Real Madrid have been receiving positive feedback from the player’s camp and talks are expected to progress in the coming days. This claim contradicts earlier reports which stated that Bellingham would favour a move to Liverpool over Real Madrid.

Apart from Real Madrid and Liverpool, the likes of Chelsea, Manchester City and Manchester United are also keen on the England international. But, as per the aforementioned report, it is the Merengues, who are in ‘pole position’ to sign Bellingham up.

In eight Bundesliga appearances this season, the 19-year-old has provided one assist and created three big chances. Despite being an attacking midfielder, he averages over 15 defensive actions per game.

In Dortmund’s UEFA Champions League game against Sevilla earlier this week, he became the youngest player to score as captain in the history of the competition. With that goal, he took his season’s tally to three goals and an assist in just three games in Europe.