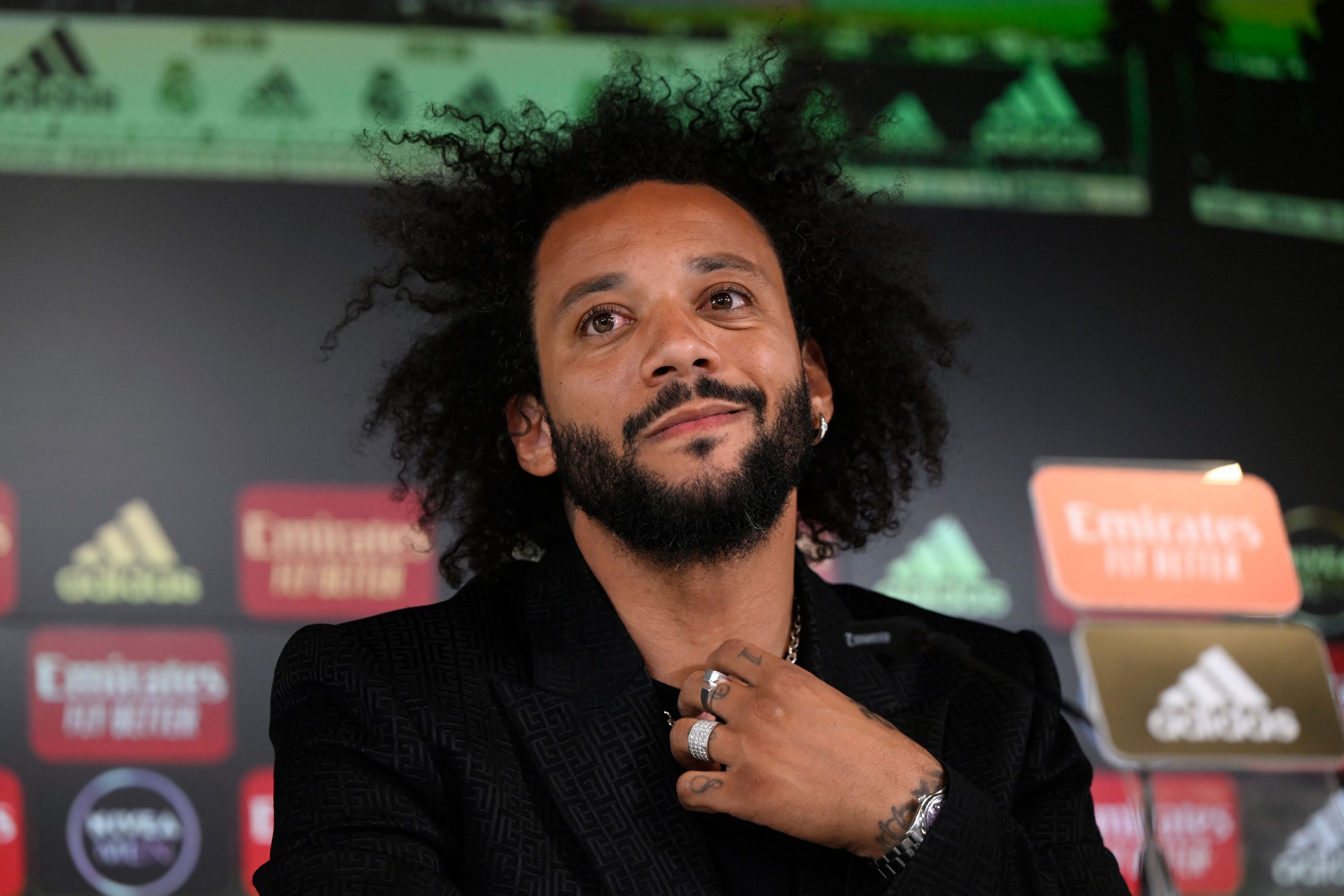 To be the most decorated player in Real Madrid’s history is no mean feat. With 24 trophies won at the club, Marcelo holds that title and deservedly so.

Over the past 15 years, the Brazilian grew into one of the most dependable faces in the famous white colours. As managers came and went, he remained one of the few constants in the team and created a legacy at the club.

However, Los Blancos decided against renewing his contract at the end of last season. The Champions League final was Marcelo’s last game for the club of his dreams and he is now set to turn a fresh leaf in his book.

According to reports from MARCA, the Brazilian wants to organize a farewell party for all his coaches, teammates, board members, singers, actors, friends, and even media acquaintances.

The program is scheduled to take place at the Zuma Madrid restaurant on Sunday from 8:30 PM.

Several teammates including Vinicius Jr, Dani Ceballos, Rodrygo, Marco Asensio, and Nacho Fernandez are among the confirmed attendees. Carlo Ancelotti and Roberto Carlos are expected to attend the function too.

Marcelo has made no official announcement about the next phase of his career. It is speculated that he could join Fenerbahce in the Turkish Super Lig, but Marseille and clubs in Qatar have also been linked with his signature.

Last season, the 34-year-old played only 12 league games for Los Blancos and started just five. In that duration, he provided two assists and failed to find the back of the net. 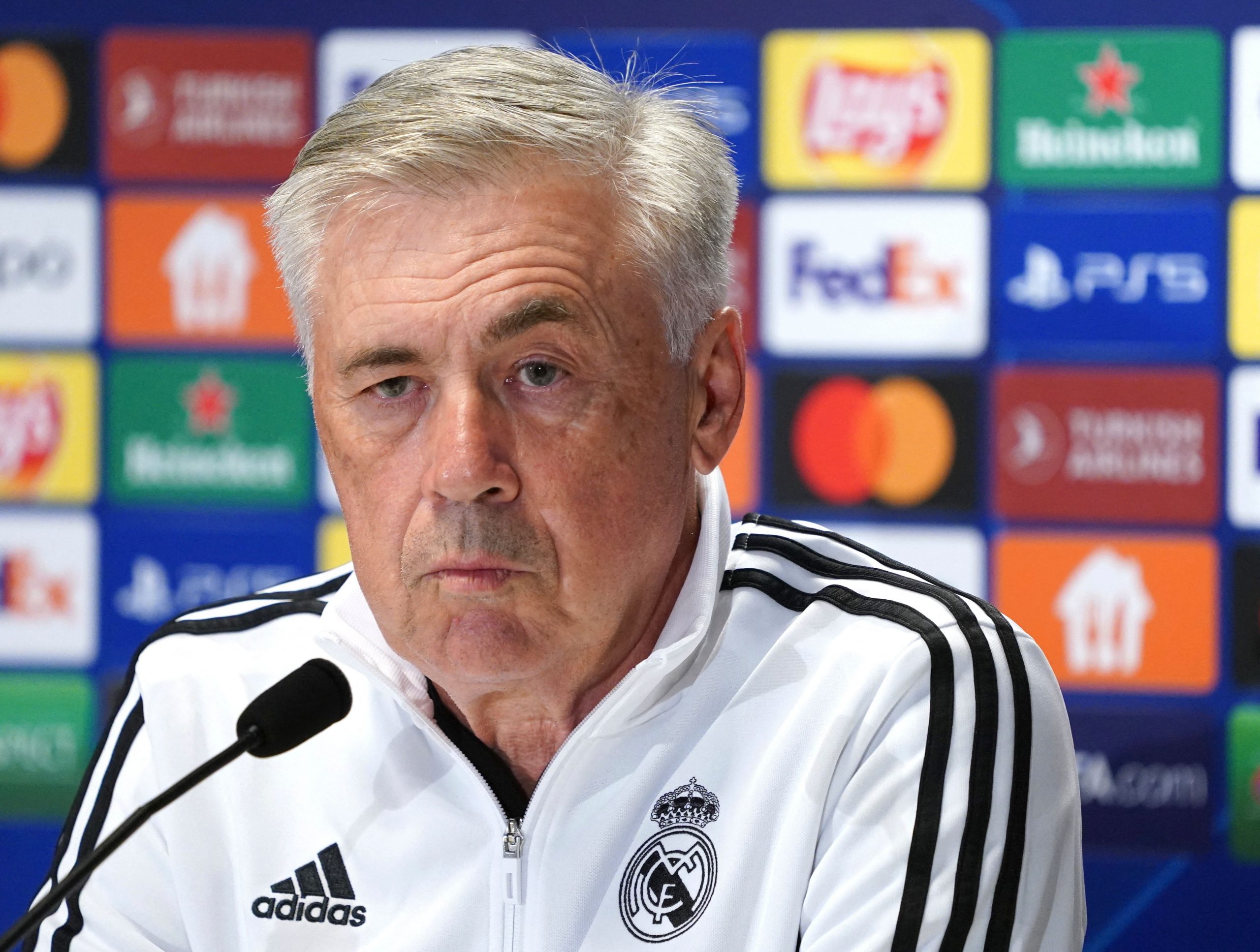 Real Madrid will take on Imanol Alguacil’s Real Sociedad at the Santiago Bernabeu in Matchday 19 of La Liga on Sunday.

Los Blancos are already three points behind leaders Barcelona in the table and the gap could widen to six points later today as Barcelona face Girona. So, there will be pressure on the reigning champions to bag a victory against La Real, which will be easier said than done.

But, momentum is on Real Madrid’s side as they have racked up three consecutive wins over three tricky opponents in Villarreal, Athletic Club and Atletico Madrid.

On the eve of the game, manager Carlo Ancelotti addressed the media and spoke about the Atletico’s statements regarding the refereeing in the derby, injury situation of his players, among several other things.

On the match against Real Sociedad: “It will be a tough match, we have to play a complete game defensively and offensively. “The aim is to do better than we did in the first half against Atletico Madrid.”

On Atletico Madrid’s statements: “It was an even match and we deserved to win. The rest is something I’m not going to talk about.”

On Real Madrid’s recent ups and downs: “What happens in football goes through my head. There are moments of difficulty and you have to keep a cool head and that’s what we have done. This is a team effort and everyone brings their own contribution. Football gives you the chance to quickly get out of a bad moment and that’s why you always have to be focused.”

On Real Madrid’s style and identity being questioned: “They said the same when we won the Champions League last season. Real Madrid doesn’t have a clear identity in terms of football. I don’t want to. I have a team that knows how to do many things. We want to win the games, this is what matters.”

On Vinicius Jr’s performance vs Atletico: “He prepared for the derby like every match, he always wants to play. He worked very hard, he ran, he made mistakes, but he scored.”

On Davide Ancelotti’s links to Everton: “Davide wants to be first team coach and that will happen one day but not now. The day I stop coaching or the day he decides to leave, he can leave without a problem. He has to make his career and he will do it because he has the ability. But for the moment we are doing very well here and we haven’t finished the job.”

On Rodrygo’s position in the 4-2-3-1 setup: “For me, the 4-2-3-1 is a system that I like above all for the defensive aspect. Sometimes Rodrygo has played in midfield, sometimes Asensio and Modric. Rodrygo likes it because it is an ideal position for him and that is why we are thinking about it.”

On the referees: “I see it as a very, very complicated job. VAR has helped a lot, like with offside, but all subjective decisions can create a problem and controversy. If we compare with the 80s and 90s, there is no corruption. Sometimes they fail, like everyone else. In general, in Europe, refereeing has improved a lot.”

On Dani Carvajal: “He did well in the first half, he was called up to the national team. Until November he had a good season. Now he is coming back from injury, we trust him, he has experience and he will offer a lot to us. He will be available for the next game, as will Alaba and Tchouameni, who will be back on Thursday against Valencia.”

On Atletico Madrid CEO’s statement: “I haven’t read anything. I’ve heard something and that’s it. I prefer not to talk about this subject. I respect all opinions and that’s it.”

On the team’s attitude: “It’s the attitude they all have. I have a very good squad in this sense, nobody gives up because they don’t play. Everyone is trying to prove to me that they deserve minutes. Camavinga, Ceballos, Asensio…. It’s a moment where we need everyone’s help.”

On the fan support at the Bernabeu: “The fans help us. We had some very nice moments last year, they are there during the most difficult moments.”

On Eder Militao: “I see him very well, with room for improvement. He is one of the best in the world when he is focused. Formidable with his head, quick, forceful, aggressive, plays well from the back… He is, without a doubt, one of the best.”