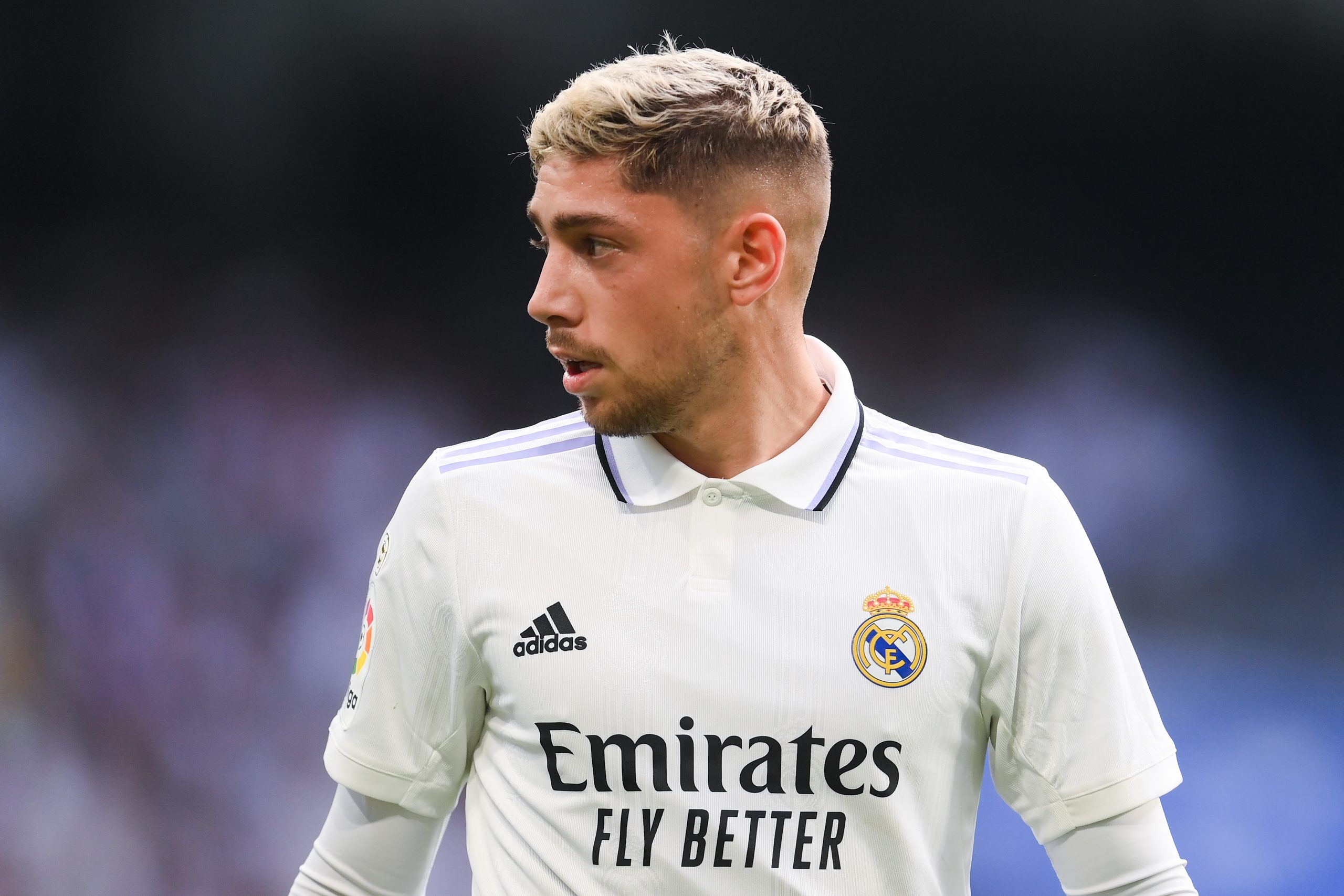 Federico Valverde is having the season of his life at Real Madrid. Anything the midfielder touches apparently turns to gold as he enjoys a period of no mistake.

However, the garden was not always full of roses for the Uruguayan international. In fact, he was not even considered a guaranteed starter one year ago.

According to reports from MARCA, Fede Valverde had doubts about his future at Real Madrid even midway through last season. He was already in the hunt for new pastures and saw a move away as the best chance to get minutes under his belt.

The turning point of his career came when he scored a 98th-minute winner in a thrilling five-goal El Clasico to give Real Madrid a win in the semi-final of the Spanish Super Cup against Barcelona. To this day, it is exactly one year since that memorable match and Valverde’s rebirth.

From that point on, Valverde has not looked back as he played a key role in Los Blancos’ La Liga and UEFA Champions League triumphs last season.

Furthermore, the 24-year-old has scored six goals and provided two assists in just 14 La Liga starts this season. With an average of two shots and two key passes per ninety minutes, he is arguably one of the league’s best midfielders this term.

Valverde is expected to start in midfield alongside Luka Modric and Toni Kroos when Los Blancos take on Valencia later today in Riyadh for their first game of the Spanish Super Cup.

Needless to say, his ability to pull out goals from the most improbable situations will be even more key on the night given the direct knockout format.

Back in action in the same competition that saw his confidence restored, Valverde will look to put up a special display while also covering for the missing Aurelien Tchouameni. 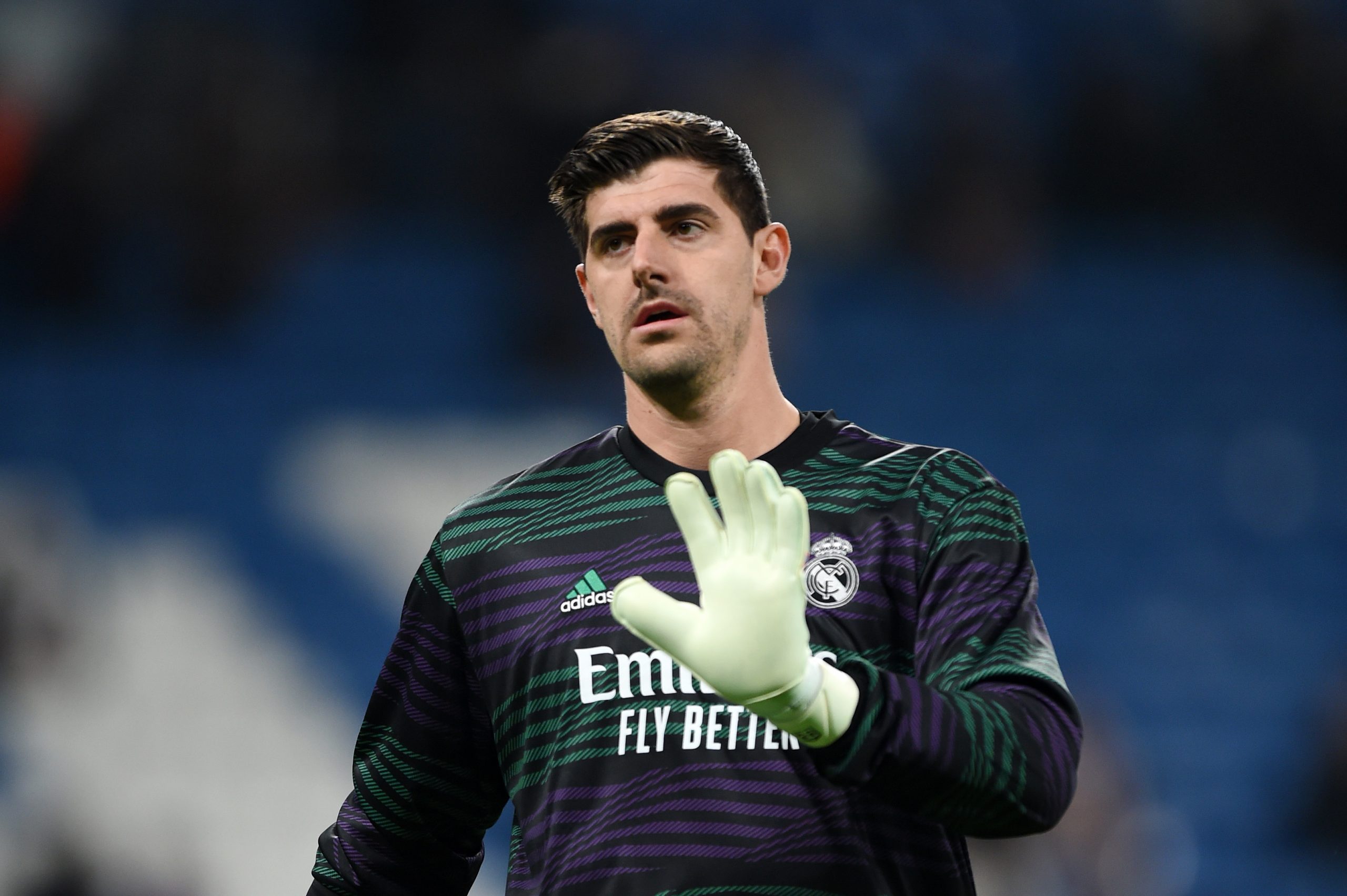 Valencia were taken to the cleaners by Real Madrid on Thursday night as the men in white reduced the gap with Barcelona to a mere five points with a 2-0 win.

Vinicius Jr and Marco Asensio were the goalscorers, but the game saw all the men in white churn out strong displays.

Thibaut Courtois, Dani Ceballos, and Nacho spoke to the media after their team’s win at the Santiago Bernabeu, and Madrid Universal brings you snippets from the same.

Los Blancos endured a difficult start to their season defensively, struggling to keep clean sheets in La Liga. That situation has turned around in recent games, and Thibaut Courtois spoke about the inflow of clean sheets after the game.

“We’ve kept three clean sheets in three games. I’d have preferred to have conceded in the game against Real Sociedad and still won. What’s most important is the three points,” he said (h/t RealMadrid.com).

The Belgian then gave his two cents about the team’s performance against Valencia and the defensive improvement, saying:

“We’ve improved defensively against Athletic, Real and Valencia. They didn’t have any chances today. We played well, but we didn’t get a goal in the first half. We were able to score in the second half. After the sending off, it was easy”.

Antonio Rudiger’s first-half goal was ruled out by VAR owing to a foul by Karim Benzema spotted by the referee in the buildup to the goal. The goalkeeper shared his thoughts on the incident and added that the decision could have gone either way.

“There are tussles in the penalty area, which sometimes go our way and sometimes go against us. It’s the same thing that happened against Real Sociedad. If the player goes to the ground, the VAR is going to see something, and even more so in slow motion.

“The important thing is that it didn’t affect our victory and we imposed our game in the second half,” he added.

The Belgian shot-stopper ended his interview with a comment on Gabriel Paulista’s disgusting foul on Vinicius Jr that had him sent off, as he said:

“I don’t know why he kicked him. You have to protect Vini. He is a very expressive kid on the pitch and he pulls off a lot of dribbling moves that defenders don’t like. It’s his way of playing and we need him to unbalance defences.

“In many games, he gets kicked and today the referee had the courage to send the player off for a kick without the ball; with no rhyme or reason”.

Nacho Fernandez once again started as the right-back against Valencia and spoke to the press after his team’s 2-0 win on the night. He first expressed his happiness at seeing regular minutes under Ancelotti, saying (h/t RealMadrid.com):

“I’m just happy to play. At the start of the season, I went through a period where I didn’t get many minutes. Now I’m getting lucky to play a lot of games in a row and I’m very happy. Keeping a clean sheet against a team with potential up top is very important. We’re going to keep fighting for the league.”

The Spaniard has always remained one of Real Madrid’s most mature players on the bench and has gladly covered for any position when asked to by the manager. He detailed the difficulties of playing without momentum, saying:

“It’s complicated when you don’t have much momentum and for a player that’s important. During my career, I’ve had a role in which I’ve played when the team has asked me to or at important moments. That experience makes me a better player.”

The defender has done phenomenally in recent weeks to cover at right-back, and he spoke about the difference between the two roles when asked by the media.

“It’s not easy to adapt to another position. I’d like to have regularity as a centre-back because that’s where I’m most comfortable. The team has asked me to play as a full-back. I made my debut as a full-back and I’ve played a lot of games in that position. I’m happy to help the team and we have to keep gearing up for what’s to come.”

Nacho was then quizzed about the status of his renewal with the European Champions, to which he replied:

“I am happy at home, which is Real Madrid. It’s not a question of money or other teams. It’s a personal issue and I haven’t made a decision yet. I have no problem with the club and my relationship is fantastic.”

The veteran ended his press session with a mention of what made him happy at Real Madrid and why staying at the club was his highest priority.

“The important thing is that I’m happy today because I’m playing a lot of games and minutes. The club knows that and whatever happens, I will stick by Real Madrid. In the next few months, I will make a decision that suits everybody best.”

Dani Ceballos continued his great run for Los Blancos with a start against Valencia and produced a special display that had the Bernabeu on its feet. The midfielder first spoke about his resurgence with the press.

“We’ve had an exciting period and I’ve worked hard for this. It hasn’t been an easy road; I played in England and then came back with a serious injury, but now I’m enjoying myself. We have to continue along these lines,” he said.

To have the entire Bernabeu sing their name is a dream every player who dons the white jersey has, but very few get to experience it. Ceballos then spoke about the goosebump-evincing experience he had on Thursday in Madrid and said:

“I was concentrating on the game because it hadn’t finished. It’s moving to have the best stadium in the world singing your name. Without the fans, we wouldn’t have got the points in the last three games and a place in the semi-finals of the cup.”

The midfielder did not hesitate to be vocal about his admiration for Barcelona’s run so far this season and maintained that they would have to be at their best to compete for the title.

“We have to applaud Barcelona because they’ve had an impeccable first half of the season. We’ve dropped a couple of points and we’re five points behind. We’ve got an important game against Mallorca on Sunday, but we have to carry on with this form.”

Ceballos has gone from a stage of anonymity to regular minutes at Real Madrid through a combination of form and hard work. He ended his interaction with the press by talking about the adaptation to his newfound importance.

“I’ve been able to play the last three games in a row and I’d never had that since I arrived at Real Madrid. I need to learn from Modrić and Kroos. They have been playing here for 10 or 12 seasons and they’re held among the best,” he said.

“I have to adapt to my own role. The most important thing is that we continue to play together as long as possible and that I have a long career at Real Madrid”.