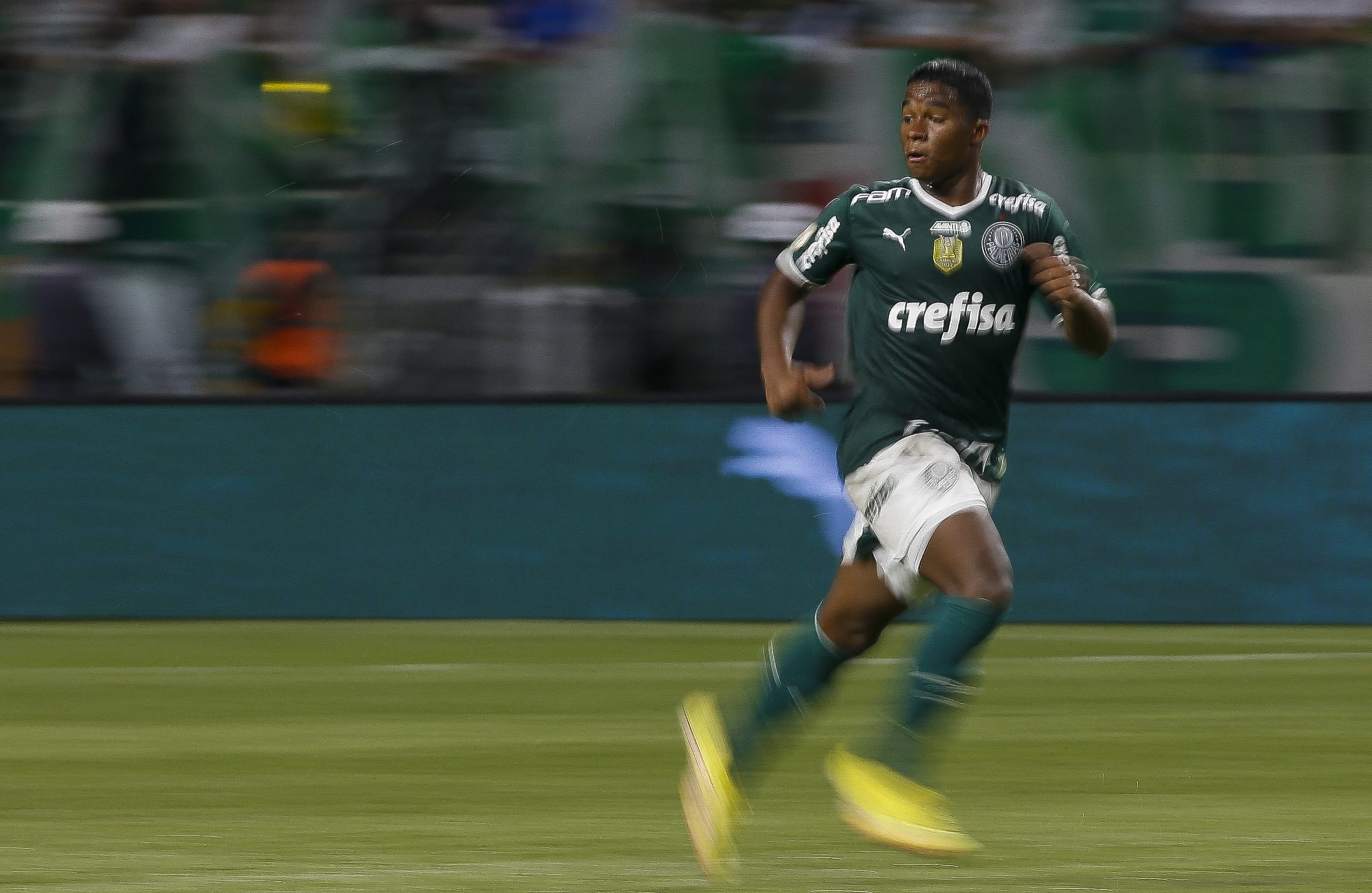 Palmeiras forward Endrick has the world at his feet. The 16-year-old, reportedly monitored by a number of European teams, is also wanted by Real Madrid and transfer expert Fabrizio Romano has confirmed on his podcast that the European champions have been pushing a lot for his signature in the past few days.

The news comes days after it was revealed that the Brazilian team had rejected an approach from Paris Saint-Germain for the 16-year-old attacker, who has scored three goals in seven senior appearances for Palmeiras.

Apart from Real Madrid and PSG, there is also strong interest from Premier League giants Chelsea, while Barcelona have also been mentioned as a suitor, although their financial issues make them an outsider in the race.

PSG made their move and offered up a combined €80 million for Endrick and fellow Palmeiras teenage prodigy Estevao.

But signing Endrick is still pretty much an open race, as reported by Romano.

“There’s still no agreement between Palmeiras and any other club, or on the player’s side,” Romano said in his briefing for CaughtOffside.

“It’s still open and it’s the player who will decide, so more than bids to Palmeiras, it’s about convincing the player. The race remains the same: Chelsea, Real Madrid, PSG. All the clubs are still in the race, 100%,” he added.

Real Madrid have enjoyed a lot of success by landing Brazilian talents in the recent past. Vinicius Jr and Rodrygo Goes have become key players of the first-team setup while Reinier Jesus could still be integrated into the setup after his loan spell with Girona.

At the same time, however, PSG have Neymar and Marquinhos, two of Brazil’s senior figures and the temptation of playing alongside the veterans might work in PSG’s favour.

As things stand, though, the race for Endrick remains open and Real Madrid are working extra hard to try and beat PSG and Chelsea to the 16-year-old’s signing.