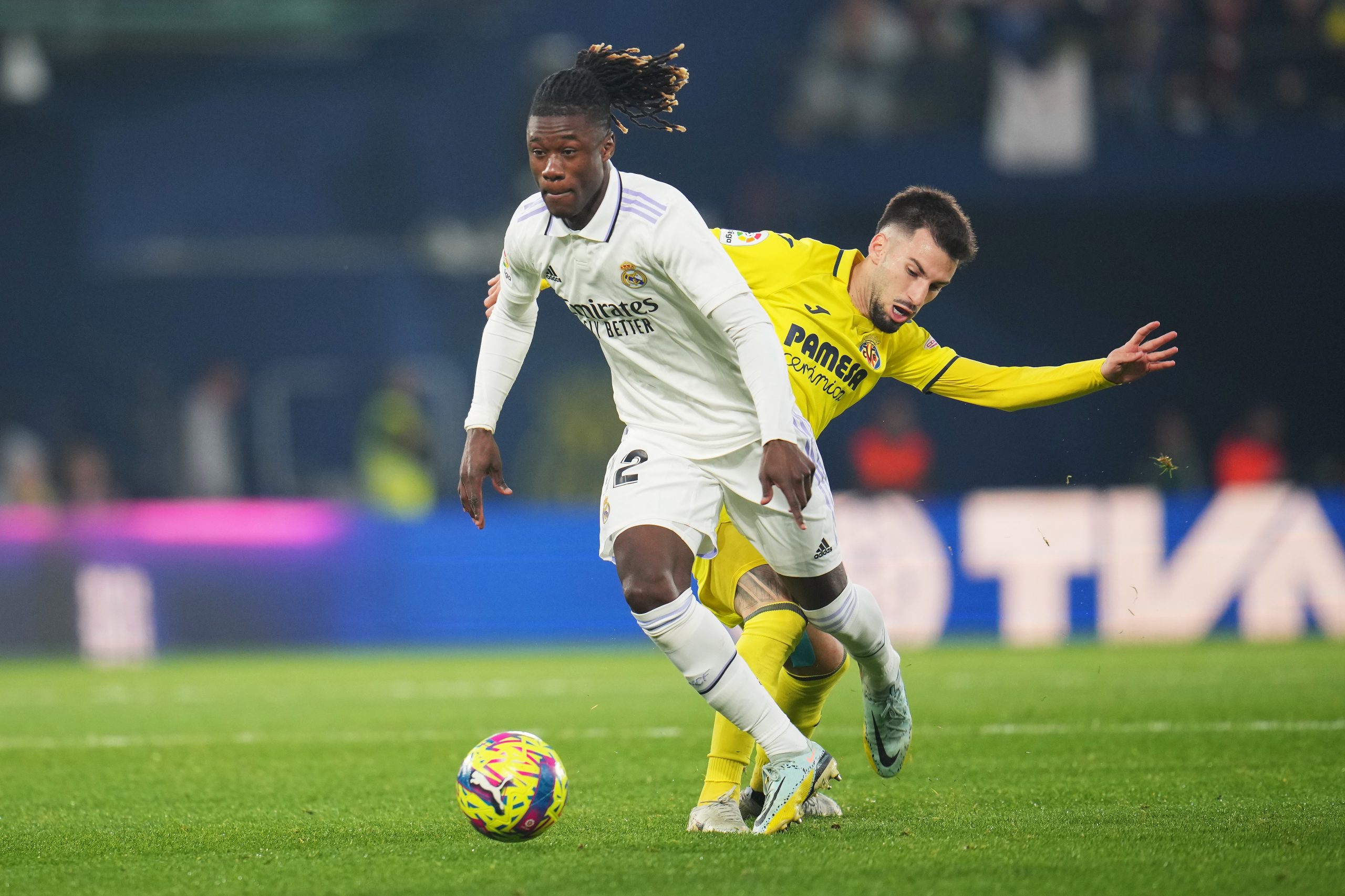 Real Madrid’s victory against Valencia via penalty shootouts in the semi-finals of the Spanish Super Cup came at a cost as several of their players picked up knocks and injuries.

Eder Militao suffered a blow to the head that left him dizzy and was taken off, while Lucas Vazquez also had to come off with an ankle sprain which has potentially ruled him out for the final this weekend. Federico Valverde also sustained knocks but is expected to be fit and available.

However, the same cannot be said of fellow midfielder Eduardo Camavinga. The 20-year-old, who was handed a rare start on Wednesday, had to come off at half-time due to a knock to the knee.

And, now MARCA is reporting that the French international midfielder will need to rest after his fitness problem which could lead to him missing the finals of the Spanish Super Cup.

Camavinga was spotted icing his knee soon after his substitution and the midfielder, along with the aforementioned duo of Vazquez and Militao were subjected to medical tests today.

As per the report, the youngster will need to rest with there being some serious doubt within the Real Madrid camp over his availability for the finals later this week.

This will come as a blow for Real Madrid and Carlo Ancelotti, who are already without Aurelien Tchouameni, who is sidelined for three weeks due to muscular discomfort.

With Toni Kroos and Luka Modric clocking a lot of minutes and Valverde also sustaining knocks, Ancelotti has a headache when it comes to his options in the middle of the park for the final later this week.

As for Vazquez and Militao, an update on their situation is awaited, although the sensations surrounding the latter’s condition are positive as things stand.

After securing a hard-fought victory over Valencia, Real Madrid will face either Barcelona or Real Betis in the finals.