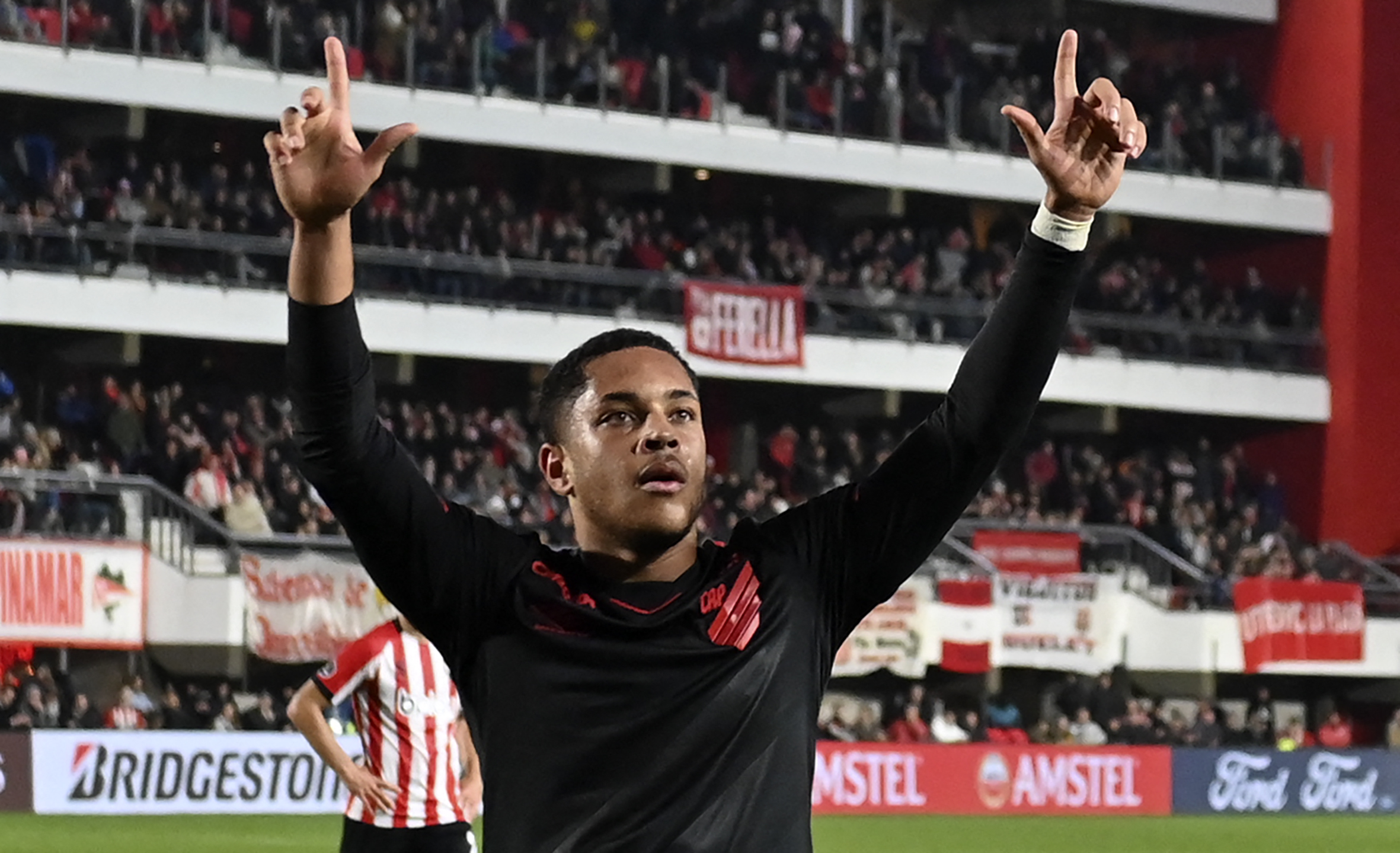 Over the years, Real Madrid have showcased a tendency to scour the Brazilian market in search of youngsters with elite potential.

In 2013, Los Blancos brought in a young Casemiro from Sao Paulo, who went on to become one of the greatest defensive midfielders the game has ever seen.

Similarly, the club also secured the services of Vinicius Jr from Flamengo in 2018, who is now widely regarded as one of the best left-sided wingers in the game.

Rodrygo is another name that springs to mind, considering he was signed from Santos in 2019 and has already played a major role in the club’s success, especially in their latest Champions League triumph.

And it seems as if Carlo Ancelotti’s men are set to deploy their transfer strategy of signing another unearthed gem from Brazil yet again.

As per a report by Mundo Deportivo, Real Madrid have been keeping tabs on Athletico Paranaense wonderkid Vitor Roque.

However, the La Liga champions are not the only club interested in the 17-year-old’s signature, with the likes of Barcelona and Juventus also claimed to be eyeing his potential arrival.

It has been mentioned that Juve went as far as to offer a €15 million fee to sign the Brazilian, which was rejected by the Italian side as the club believes they can obtain a higher fee for the future superstar at their disposal.

After all, the champions of Europe forked out a €45 million fee to sign Rodrygo from Santos just 18 years of age.

Roque joined Athletico Paranaense in April earlier this year and has already grown into a key player for the team. He has six goals and two assists in 25 matches in all competitions for the Brazilian outfit.

Of his tally, the teenage centre-forward has scored and assisted two goals apiece in the Copa Libertadores, helping Athletico reach the finals of the South American continental tournament.

There is no denying Roque’s ceiling, who already looks like one of the most complete strikers in the Brazilian football circuit. Only time will tell if Real Madrid go all out to wrap up a deal for the prodigy.