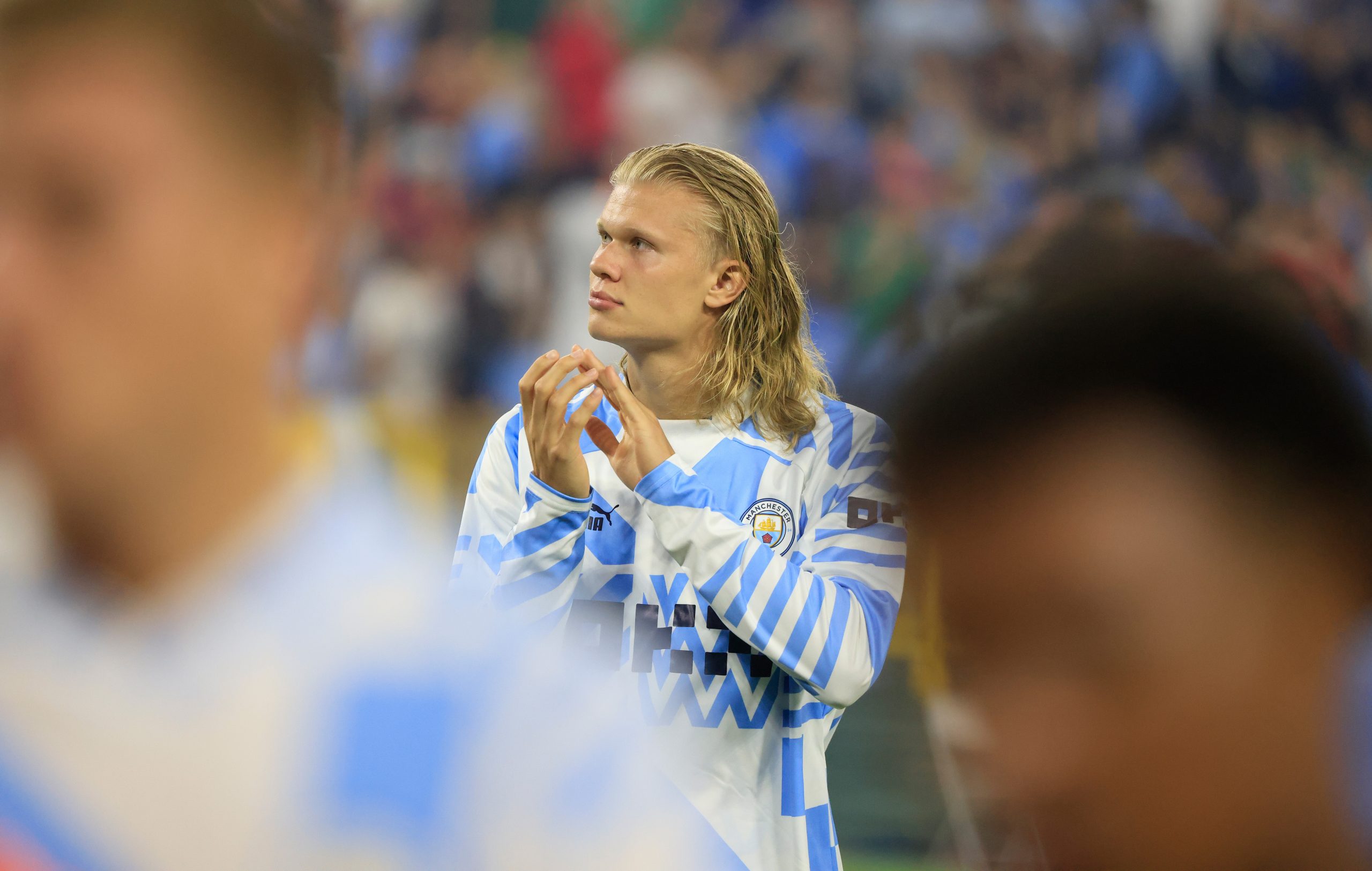 Despite a strong start to the 2022/23 season, Real Madrid are already looking beyond the campaign, with a report from AS (h/t SPORT) claiming that they are planning to raid Manchester City by bidding for their forward Erling Haaland in 2024.

Haaland, 22, joined Manchester City ahead of the ongoing season from Borussia Dortmund for a fee believed to be around €60 million. Signing a five-year deal with the Premier League champions, Haaland has already scored 14 goals for his new team in a mere nine appearances in all competitions.

Real Madrid, who had been keen on signing Haaland from Dortmund in the past, have now set their sights on the Norwegian again.

The plan with regard to Haaland will reportedly be executed in the summer of 2024 and not ahead of the next season. This is because the striker’s termination clause will come into force in 2024 just in case he wants to change his environment.

By that time, Karim Benzema will be 36 and Real Madrid would want someone to replace the ageing Frenchman.

In such a scenario, Haaland would be a perfect candidate given his goalscoring record. In a total of 207 games across all competitions in club football, the forward has bagged 167 goals. This translates to a goal-per-game ratio of 0.8.

The report further mentions that the deal to sign Haaland from Manchester City could be closed for around €180 million.

For now, Real will continue to rely on the services of Benzema, who recently returned to training after missing three weeks of action due to knee discomfort.

Meanwhile, as reported before, Haaland is not the only Manchester City player Real have set their sights on, with Joao Cancelo also grabbing their attention. The versatile full-back, valued at €60 million is being looked upon as someone who can be approached in the summer of 2023.

Interestingly enough, it must be noted that the Portugal full-back signed a new deal with the Premier League champions in February earlier this year, which is set to keep him at the club until 2027.