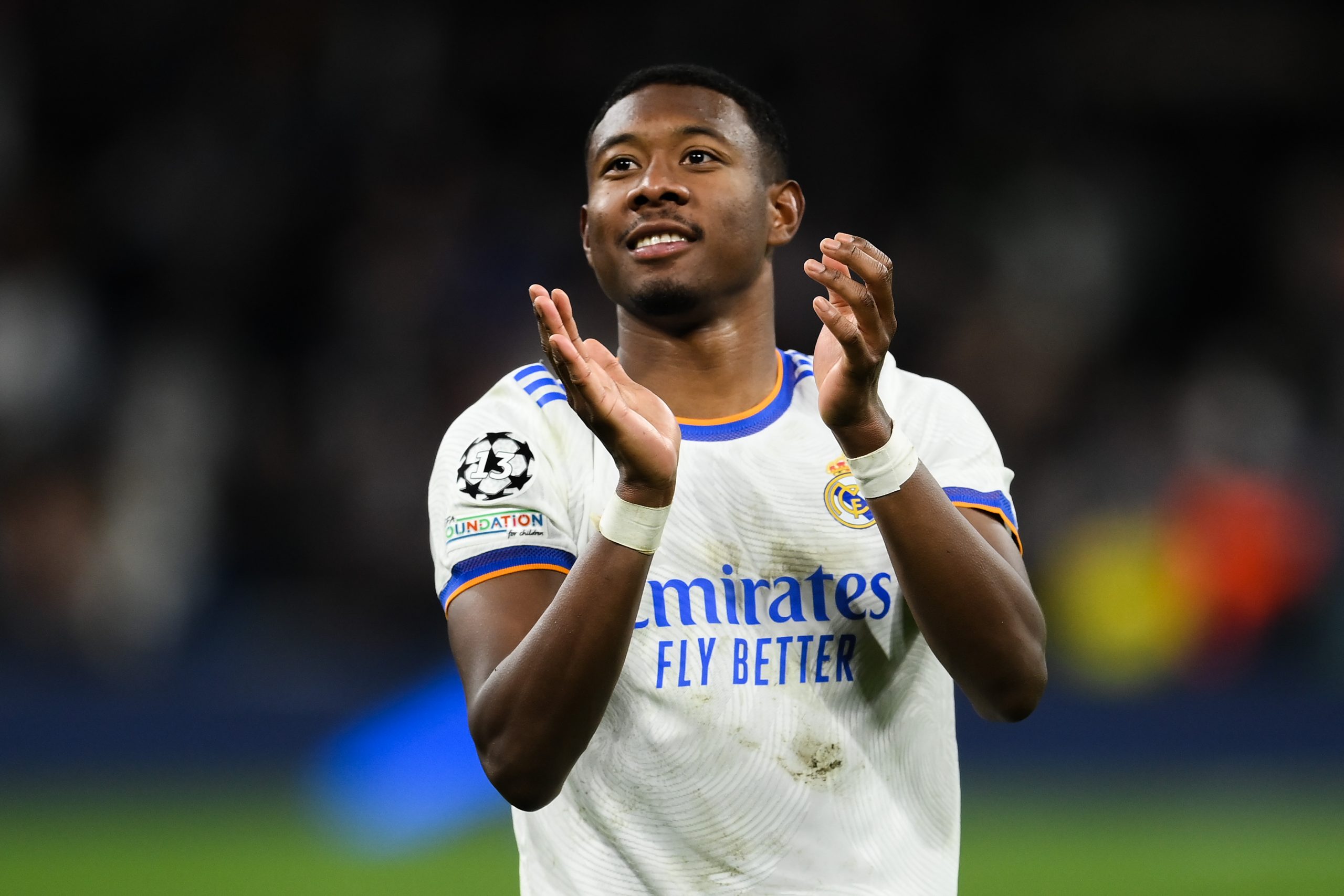 Versatile defender David Alaba will play for Real Madrid in their UEFA Champions League semi-final first-leg tie against Manchester City, to be played at the Etihad Stadium on Tuesday.

The former Bayern Munich defender had picked up a knock against Osasuna last week and was taken off at the stroke of half-time. Explaining his intensity, Carlo Ancelotti said that it was more of a precautionary step rather than being a forceful one.

“We are optimistic with [David] Alaba. He had a strain, we took him off as a precaution,” he explained.

While the initial thoughts were that the defender would miss the trip to Manchester, he was spotted training ahead of the first-leg tie.

The 29-year-old underwent a regular training drill on Sunday, albeit through some discomfort, and journalist Edu Aguirre has confirmed that he will play for the team on Tuesday.

On the other hand, a contrary report from SPORT has said that neither Alaba nor Casemiro have completely recovered from their respective injuries. Despite that though, the duo has been included in the travelling squad for the first-leg tie.

The aforementioned source also says the players will only train with the rest of the team on Monday once they get a green signal following definitive tests at the venue.

Alaba has been one of the most consistent performers for Real Madrid this season, having made a total of 44 appearances across all competitions while scoring three goals.

His availability will come as a big relief for that team who were also sweating over the fitness of Ferland Mendy. Furthermore, with Eder Militao also returning from suspension, Ancelotti will have a full-fledged defence at his disposal.

Meanwhile, those missing the trip to Manchester are Mariano Diaz, Luka Jovic and Eden Hazard. On the other hand, Gareth Bale has been included in the team after being left out against Osasuna.