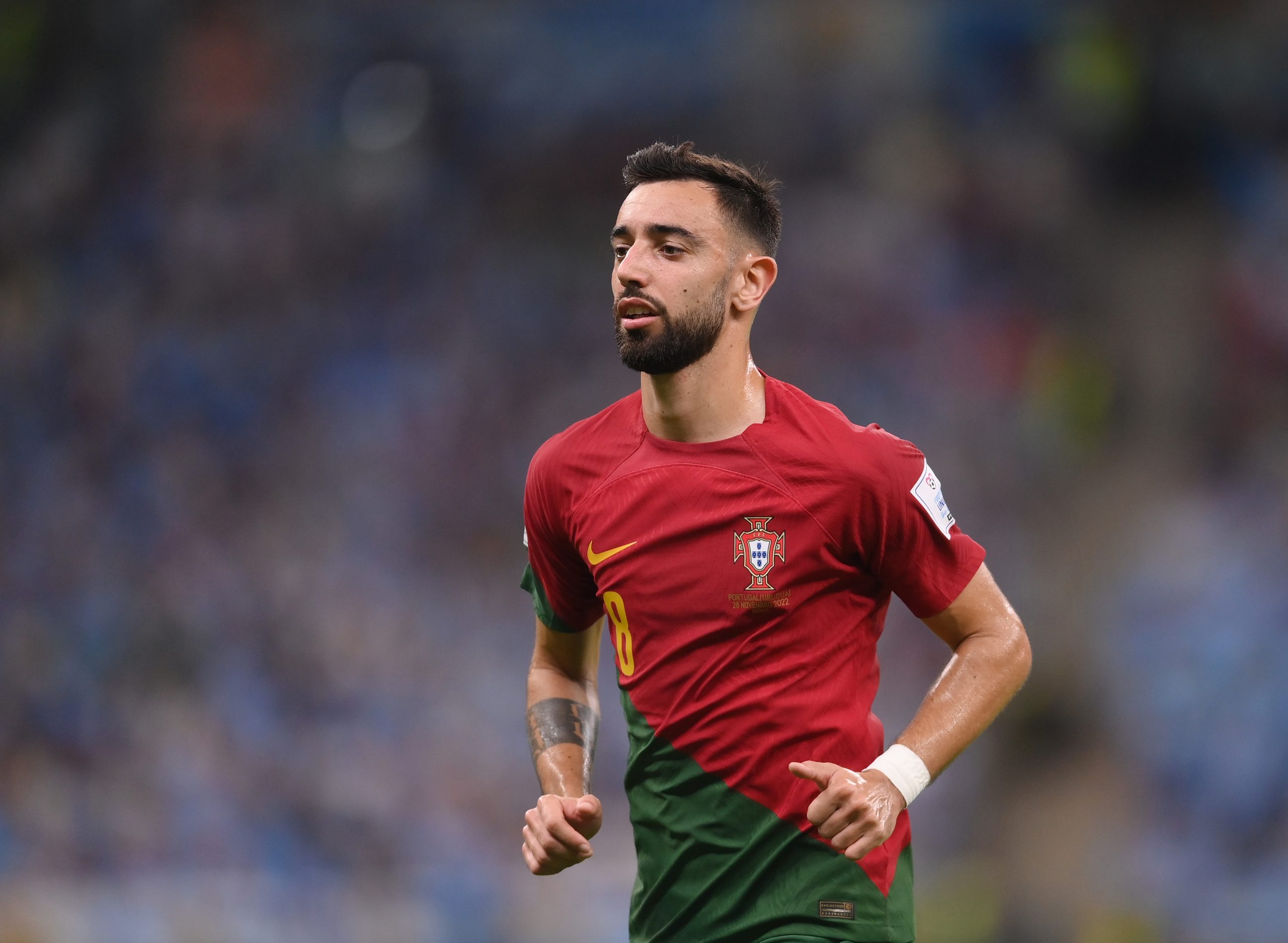 According to Portuguese publication Record, Manchester United superstar Bruno Fernandes is back on the radars of Real Madrid following his impressive run of form for his club and country.

The 28-year-old signed for Manchester United from Sporting CP in January 2020 and has established himself as one of the best playmakers in the Premier League.

In 146 appearances for the Red Devils, Fernandes has notched up 53 goals and 42 assists, standing out as a top player despite the team struggling to reach the heights of the past.

Now, Bruno Fernandes is setting the stage alight at the World Cup with Portugal, having already managed two goals and two assists from two matches, helping his national team secure a place in the Round of 16.

The attacking midfielder’s exploits have put him back on the agenda at Real Madrid, as per the report. Los Blancos had reportedly been tracking Fernandes from his time at Sporting CP and could now come back for him.

It is well-established at this point that Real Madrid will be looking for a new midfielder in the summer as Luka Modric enters the final phase of his career while Toni Kroos is also yet to sign a contract renewal.

Jude Bellingham has been touted as the top target for Real Madrid but his signing is seen as complicated due to a steep price tag and intense competition for his services.

There has been recent interest in SL Benfica’s Argentine ace Enzo Fernandez, but his valuation is also seen as too steep by the Merengues.

Now, Fernandes is being mentioned as another player on the agenda at Real Madrid. The report states that the 28-year-old feels satisfied and happy at Manchester United. But he would be open to taking the next step in his career.

As for the Red Devils’ stance on their star man, there is no mention in the report. But they handed him a new contract earlier this year, extending his stay at Old Trafford until 2026. So, it would be fair to assume that they would not let go of their main man without a fight.