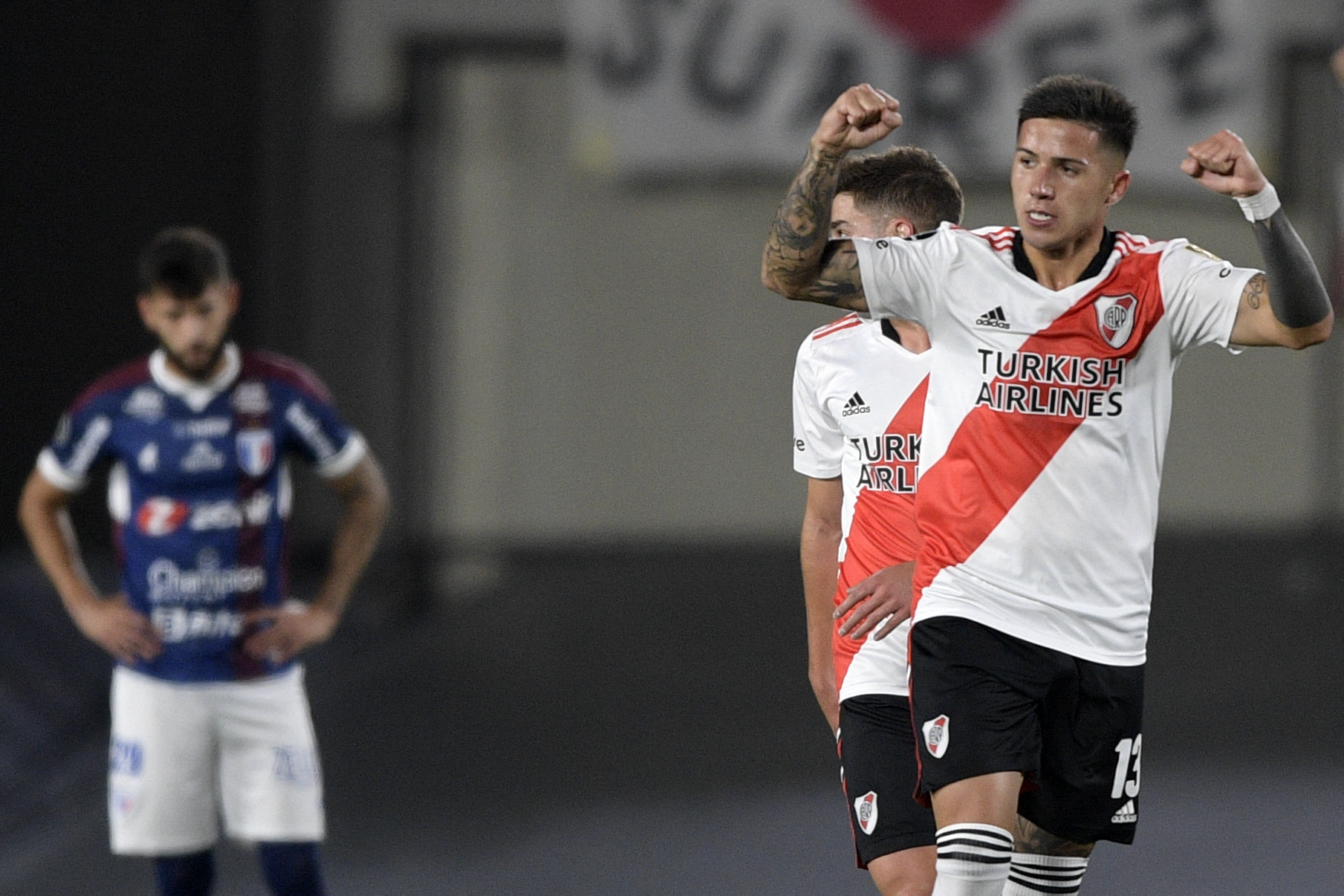 Real Madrid’s midfield has become a talking point for the world of football. Despite Toni Kroos, Luka Modric and Casemiro being on the wrong side of 30, they produce consistently excellent performances.

However, it is the harsh reality that the trio will not be at the club in a few years. Modric is not expected to stay beyond next season, and Kroos is rumoured to be considering retirement after the World Cup.

That said, the club are busy scouting replacements for their legendary trio. According to reports from TyC Sports and Diario Ole (h/t TheMadridZone), they have identified River Plate’s Enzo Fernandez as a possible option.

The Argentine has been an undisputed starter for both Marcelo Gallardo and Lionel Scaloni’s side this season.

Fernandez plays as an attacking midfielder, preferably on the right side of the field. What makes him invaluable to his managers are his creative output and immense work rate.

He has accumulated a whopping 954 minutes under his belt, scoring four goals and providing three assists in the process. Moreover, he is considered one of Argentina’s brightest young talents.

At just 21 years of age, the midfielder has a long career ahead of him. He averages 2.5 key passes per game and has created five big chances in the league alone.

Real Madrid already have Eduardo Camavinga who plays in a similar situation. However, should they get Fernandez on a budget deal, it would not hurt Carlo Ancelotti to have more than one option at his disposal.