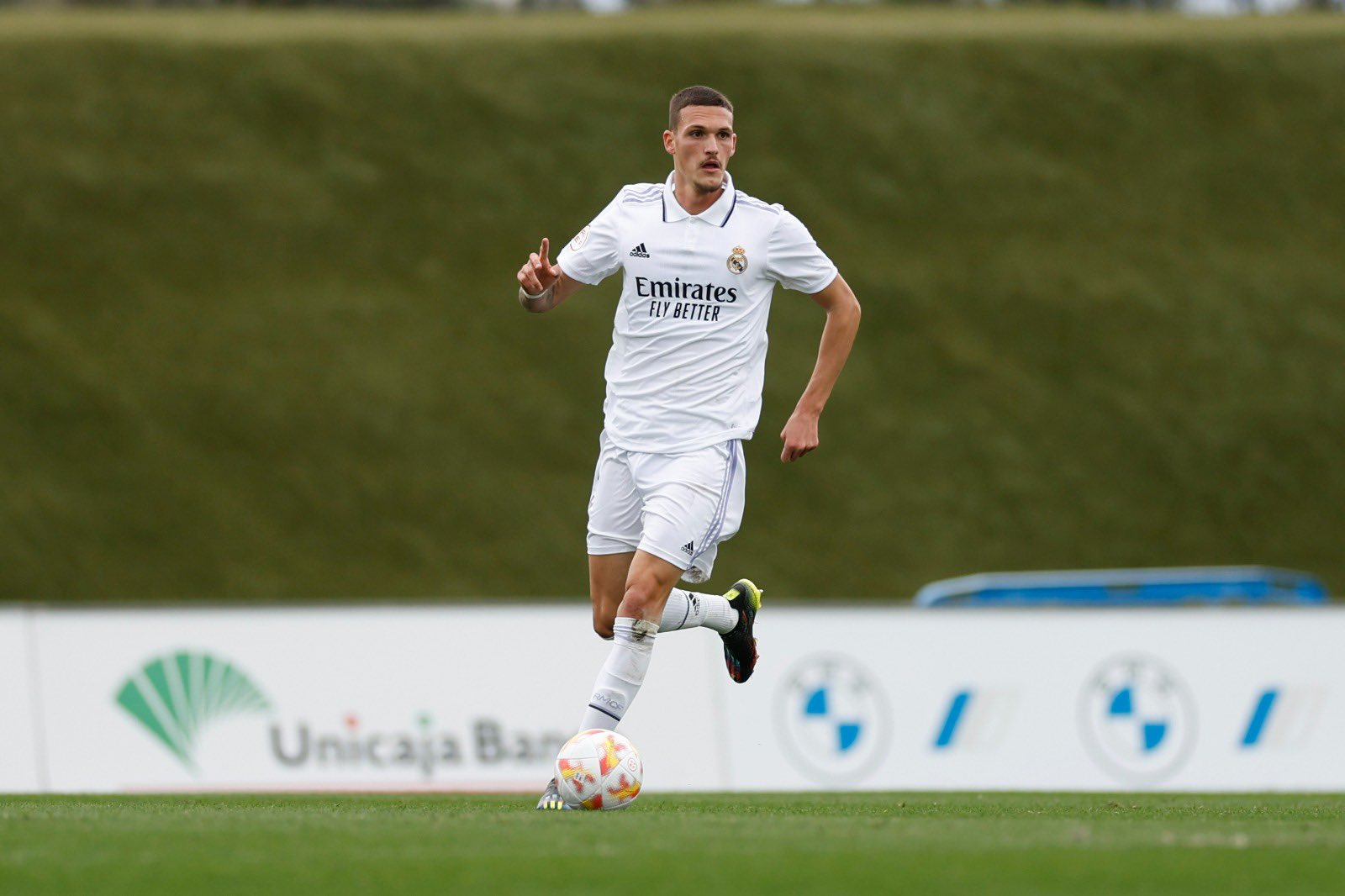 Real Madrid defender Rafa Marin is a wanted man, to say the very least. The 20-year-old, who is yet to make a senior appearance for the team, is being looked upon by several European elites, among which are Chelsea and Manchester City, according to GOL (h/t Madrid Xtra).

Marin, 20, has less than 18 months left on his current Real Madrid contract and for now, the parties involved are yet to enter the talks over a potential renewal. Given the situation at hand, the likes of Chelsea and Manchester City are looking to pounce on the given opportunity.

For now, however, despite the evident interest, Spanish publication AS (ht/Madrid Xtra) has claimed that the defender’s priority is to renew his deal with Real Madrid, although he also wants the team to present him with a project that would involve him as a key component.

Chelsea, above all, are looking to make a move in the summer itself. They know it is going to be difficult for Marin to break into Real Madrid’s first team and with only 18 months left in his current deal, he might be available for a knockdown price this summer.

This is because if renewal talks fail with Madrid, the team will want to cash in on him in the summer rather than lose him for free next year.

Chelsea have been extensively scouting Marin over the last couple of months and he could be available for a fee of around £5 to £10 million. But, with Manchester City also entering the race, things could get tricky for the Blues.

Meanwhile, apart from the aforementioned Premier League duo, the likes of Juventus and RB Leipzig are also thought to be in the race to sign Marin.

It will be up to Real Madrid now to ensure that one of the most promising young defenders to have come through their academy remains at the club beyond this summer.

Real Madrid are in for a busy summer ahead. While the club are expected to undergo a massive squad overhaul, they are also facing pressure to renew contracts of some of the most established players in the squad.

The Saudi league has reportedly offered Modric the opportunity to join any club of his choice in the Middle East nation, with a two-and-a-half-year contract worth €40 million.

Since joining the club in 2012, Modric has featured in 462 competitive matches, racking up 36 goals and 74 assists. His contributions have been crucial to the club’s success over the past decade. Whether or not the midfielder is now willing to extend his stay for a further year remains to be seen.