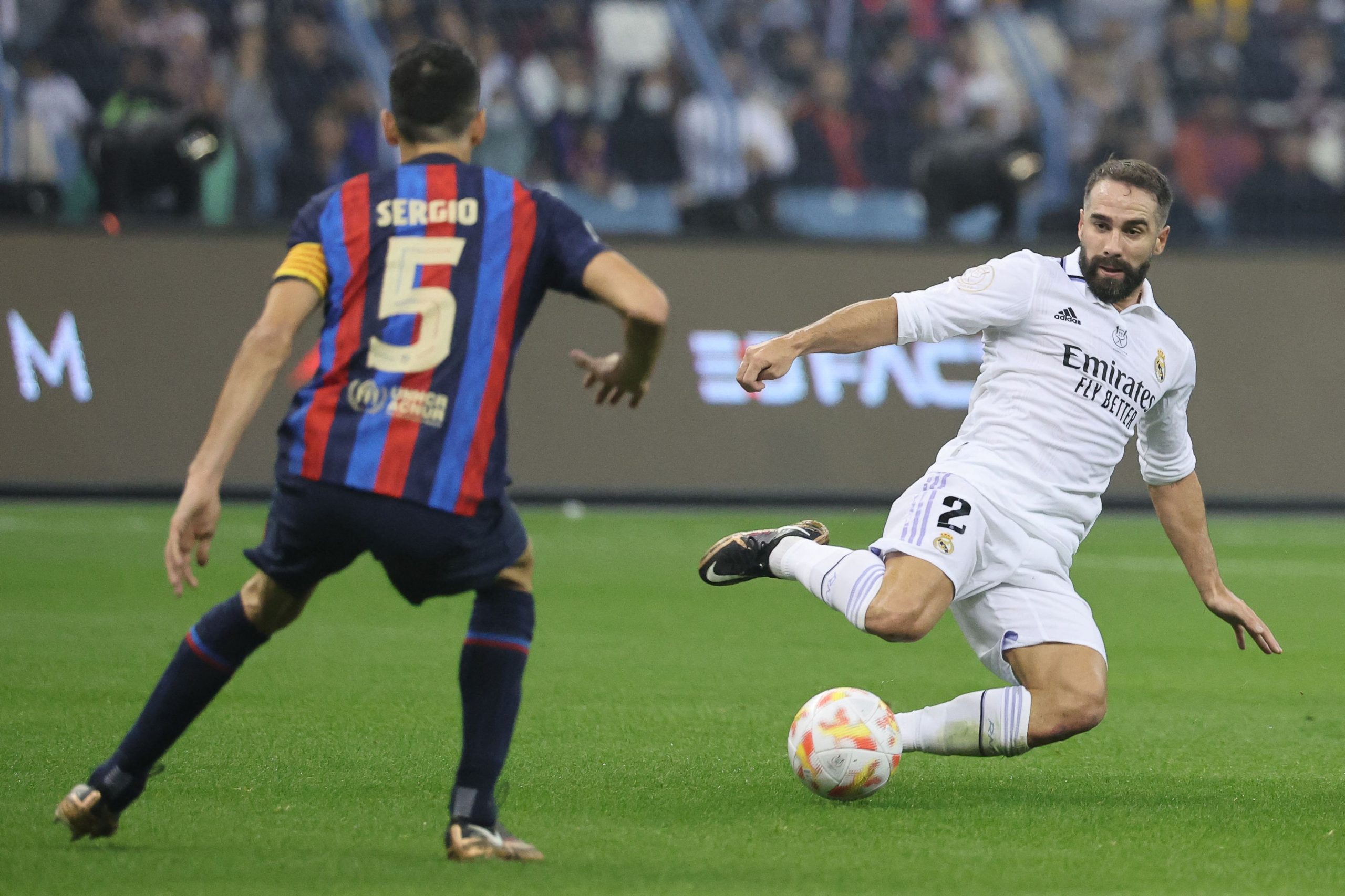 Having already lost the likes of David Alaba, Aurelien Tchouameni and Lucas Vazquez to injuries, Real Madrid have suffered yet another blow as full-back Dani Carvajal is a doubt for the upcoming game against Villarreal, according to MARCA.

Los Blancos take on Villarreal in the Round of 16 of the Copa del Rey on Thursday night away at Estadio de la Ceramica. And, Carvajal seems set to miss the match after not participating in the training session with the rest of the squad earlier today.

Carvajal had missed Real Madrid’s La Liga encounter against Villarreal earlier this month due to muscular discomfort. While he did return for the Spanish Super Cup matches against Valencia and Barcelona, his performances were sub-par.

Now, as per the aforementioned report, the Spanish international is again suffering muscular discomfort, as a result of which he skipped training earlier today.

As a result, his involvement in the upcoming game against Villarreal is seen as a major doubt.

This comes as a major blow for Carlo Ancelotti, who is running out of options for the right-back position.

With Carvajal a doubt, Vazquez already injured and Alvaro Odriozola out of favour, the Real Madrid boss could decide to utilise Nacho at right-back, while Eder Militao would also be an option, having played on the right side of the defence in the league game against Villarreal.

Real Madrid Castilla youngster Vinicius Tobias would also be an option that Ancelotti could look at, although the Italian has appeared reluctant to promote youngsters from the reserve team so far this term.

A clearer update of Carvajal’s injury could arrive when the manager addresses the media in his press conference tomorrow. For now, he looks set to miss the trip to Villarreal for Thursday night’s game.